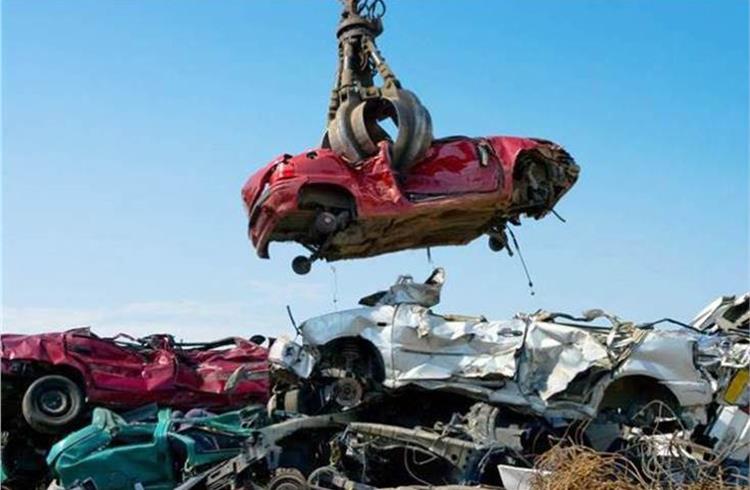 The Union Minister for Minister for Road Transport & Highways, Nitin Gadkari today announced the Vehicle Scrappage Policy and spelled out its details in the Lok Sabha. The Minister said scrapping older vehicles and recycling will be a win-win policy for all stakeholders.

Gadkari explained that, “Older vehicles pollute 10 to 12 times more than fit vehicles. This will be a win-win policy that will benefit the general public This policy will enable setting up of scrap centres.” According to Gadkari, the scrapping centres will benefit OEMs as well as component makers.

Incentives offered for scrapping vehicles
The scheme will provide incentives to owners of old vehicles to scrap unfit vehicles via registered scarpping centres. Some of the incentives outlined by the Road Transport Ministry include

The transport minister outlined the development plans and added that scrapping will also reduce the cost of vehicle components, “Within 5 years, India will become an automobile hub. In the coming times, auto parts will cost less and the government is promoting electric vehicles.”

Appointment for fitness centres may be booked online and tests reports shall also be generated in an electric mode.

The Indian automobile industry, which has been witnessing a sales slowdown since the past two years, has been urging the government to introduce a vehicle scrappage policy since long. The beleagured M&HCV segment particularly will hugely benefit from such a policy.

High pollution potential of older vehicles
According to the Centre for Science and Environment (CSE), by 2025, India will have a monumental load of over 2 crore old vehicles nearing the end of their lives. These, along with other unfit vehicles, will cause huge pollution and environmental damage.

legacy vehicles are smaller in numbers, their contribution to the pollution load from vehicles can be disproportionately high. In its consultation note of 2018, MoRTH had mentioned that although CVs (such as trucks and buses, taxies and three-wheelers) constitute only about 5 percent of the total fleet, they contribute nearly 65-70 percent of the vehicular pollution. Of these, the older commercial vehicles, typically manufactured before the year 2000, account for 15 percent of the total vehicular pollution as these pollute 10-25 times more than a modern vehicle.

Another 2013 study from the International Council on Clean Transportation (ICCT) estimates that in 2011, pre-2003 vehicles were about 23 percent of the fleet but were responsible for about half of the particulate emissions from vehicles.

IIT Bombay’s multi-city study in 2014 estimated that pre-2005 vehicles were responsible for 70 percent of total pollution load from vehicles. In fact, old heavy-duty vehicles have higher impact in smaller cities and towns and contribution of old diesel cars and two-wheelers can vary between 8-23 percent across cities. Fleet renewal of heavy-duty vehicles based on BS VI emissions standards can give significant benefits. For example, an old BS-I heavy-duty diesel vehicle is designed to emit 35 times higher particulate matter compared to a BS VI vehicle. As cities begin to take stronger action on old and junk vehicles, these will begin to crowd in other areas and transfer pollution.

From an industry perspective and to drive growth in the critical CV segment, which is still badly impacted, it is important to prioritise the scrappage of old heavy-duty vehicles and replace them with BS VI vehicles. According to CSE, if a stimulus package is extended to personal vehicles (two-wheelers and cars), then the public incentive programme along with voluntary incentives from the industry should be linked with electric vehicles. This is needed as an accelerator to stay on course to meet the target of 30-40 percent electrification of the fleet by 2030. 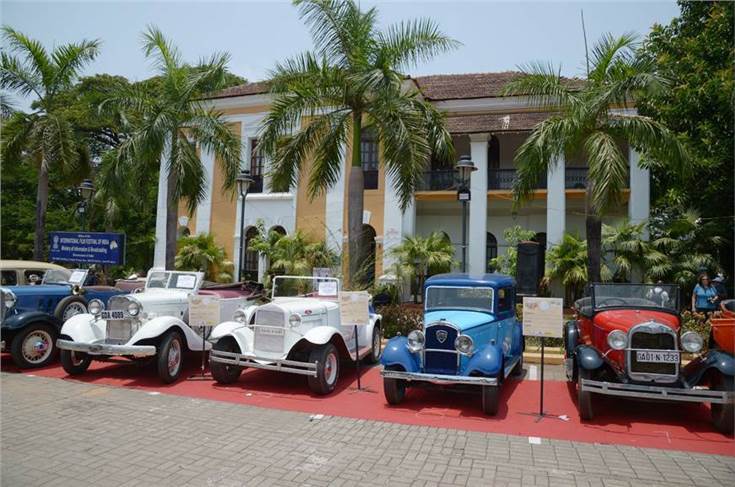 Whilst a scrappage policy may bring down pollution, vintage and classic cars as well modern classics are an important part of not just automotive history but also history of humanity. Also, most of these cars are used extremely sparingly, extremely well maintained and not used daily, so there is no question of them causing any pollution. Also, the total number of such cars that are collectible are only a few thousand in India.

Some relatively mainstream cars besides old Ferraris, Mercedes and Porsches that are over 15-year-old cars like the BMW 330i and the Mazda MX-5 are actually increasing in value internationally.

In November 2020, in an effort to preserve and promote vintage vehicles in India, the Ministry of Road Transport and Highways had issued a notification, seeking comments and suggestions as regards an amendment to CMVR 1989 specific to vintage motor vehicles and to formalise the registration process for vintage cars and motorcycles.