Growth drivers for the Japanese carmaker include the Innova Crysta MPV, Fortuner SUV and Etios Liva hatchback. Bookings for the recently launched Camry Hybrid have crossed the 500 mark. 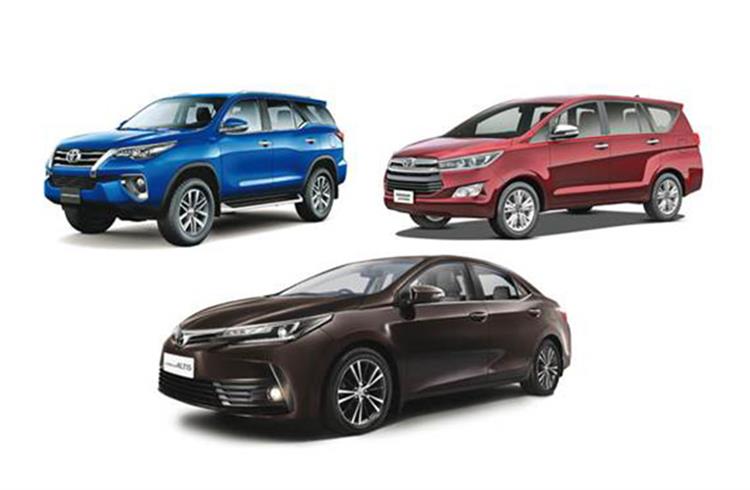 The first sales numbers for the fiscal year FY2019 are out and they have come from Toyota Kirloskar Motor. The company has sold a total of 150,525 passenger vehicles in the past 12 months, marking a year-on-year growth of 7 percent (FY2018: 140,645 units).

According to the company, the popular Innova Crysta MPV has registered positive growth in FY2019 compared to FY2018. The Etios Liva hatchback has seen a YoY growth of 13 percent. Also, the recently launched new Camry Hybrid has received a good market response with a sales growth of 6 percent  in the January to March 2019 period compared to the same period a year ago. Bookings for the eco-friendly sedan have crossed the 500 mark since its launch in January 2019.

Commenting on the sales performance,  N. Raja, deputy managing director, Toyota Kirloskar Motor, said, “ We are happy to have clocked a growth of 7 percent in domestic sales in FY2019. The Innova Crysta and Fortuner have been maintaining the growth trajectory and continue to be leaders in the segment."

With overall weakened consumer spending in the wake of the upcoming elections and a temporarily dampened business environment, OEMs are expecting an uptick in sales three to four months down the line.