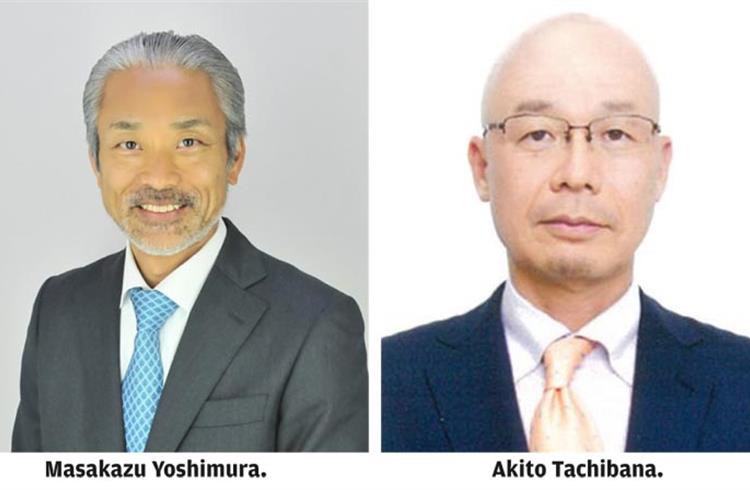 Masakazu Yoshimura will be responsible for overall leadership and strategic direction of Toyota’s business operations in India. He comes with over 25 years of automobile experience in diverse areas covering product planning, pricing, sales and marketing. Prior to this appointment, he was general manager at Toyota Motor Corporation [East Asia & Oceania Division].

Commenting on the leadership change, Akito Tachibana, managing director – Toyota Kirloskar Motor, who took charge of the India operations in April 2016, said: “Thank you very much for the support and cooperation extended to me during my tenure in Toyota Kirloskar Motor. Together as Team Toyota, we have defined Vision 2025 which enabled us to grow India and grow with India. I also sincerely appreciate the TKM Team in India for their active participation in realising a safe and clean company. Efforts related to continuous improvement and people development initiatives will help in business sustainability. It would be appreciated, if you could extend the same level of support to Mr Yoshimura. I am really happy to be in India during the phase of evolving changes, but with no change in the warmness of peoples’ heart in India.”

Speaking on his new proposed appointment as managing director of Toyota Kirloskar Motor, Masakazu Yoshimura said “I am excited to work in the challenging Indian market. Taking forward Toyota’s core values, I look forward to everyone’s continued support and co-operation, to build on the growing momentum of sustainable operations in the region.”

Akito Tachibana oversaw the launch of the Innova Crysta MPV, which is the brand’s highest selling model followed by the Fortuner SUV. However, its more mass-market models such as the Etios sedan and Etios Liva hatchback have failed to gain momentum in the domestic market.