The company cites maintenance as the key reason, not inventory pile up. 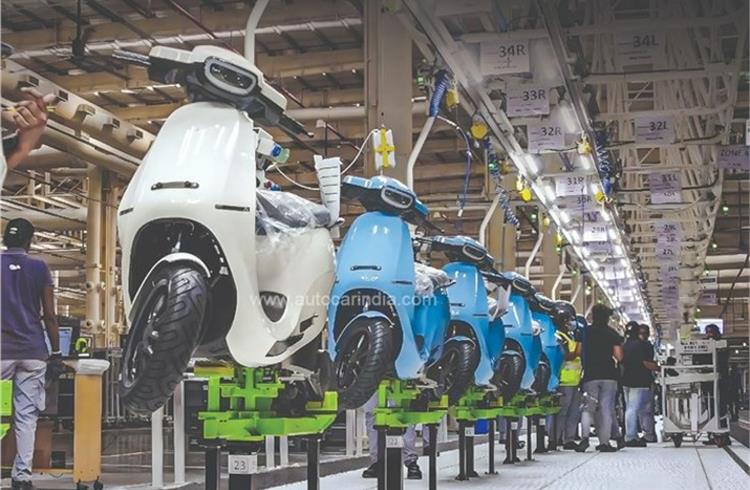 Ola Electric has denied reports doing the rounds that it has temporarily paused its manufacturing at its sprawling 500 acres, 10 million-unit facility Krishnagiri near Bengaluru and plans to rationalise staff due to a pile-up of inventory of about 4,000 scooters.

An Ola Company spokesperson said the staff trimming is "routine" and that like other automakers, “we have shut down our plant for regular maintenance and new machinery installation".

Several customers of Ola have been venting their frustrations on twitter with one buyer Malay Mohapatra saying: "My Ola's suspension has given way. He says "It's high time Ola recalls its scooters with suspension issues. On behalf of Ola' Odisha family, we are making a request to recall such scooters urgently."

Ola had recalled 1,441 of its electric two-wheelers "as a pre-emptive measure" in April 2022, following a fire incident.

On the product front, Ola is not expected to see any new launches in the festive period and has instead promised its customers a product update "by this Diwali the new MoveOS 3 will come with new features like Hill Hold Assist, Proximity Unlocked, Moods, Rijn V2, Hypercharging, Calling, Key Sharing and many more." This was mentioned on a recent tweet by the company’s founder.

In a recent media report, Sohinder Gill who heads the Society of Manufacturers of EVs suggested that the Rs 60,000 to Rs 90,000 category is the fastest growing market within the EV category, and is clawing its way into the entry-level ICE players. For the sake of comparison, an Ola S1 Pro in Mumbai currently stands at Rs 1.41 lakh. In comparison, market leader Okinawa bike price starts from Rs. 61,998 offering a choice of six new models with the top-end offering, OKHI-90 priced at Rs 1,21,866.

In a recent twitter post, Bhavish Agarwal said: "Signed our PLI agreement with MHI for indigenous cell manufacturing. India will soon be self-reliant on cell technology as we build tech & manufacture locally".

Sales numbers for July will be out shortly and as the Ola spokesperson had earlier said "We calibrated our business priority for the month to focus on bettering our customer service and bought our TAT (turnaround time) within 48 hours. Come July, we are confident that supply chain issues will start fading out and our strong order book will be fulfilled."