An Ola spokesperson says recent exits have no impact on the overall performance or the company’s endeavour “to serve our customers”. 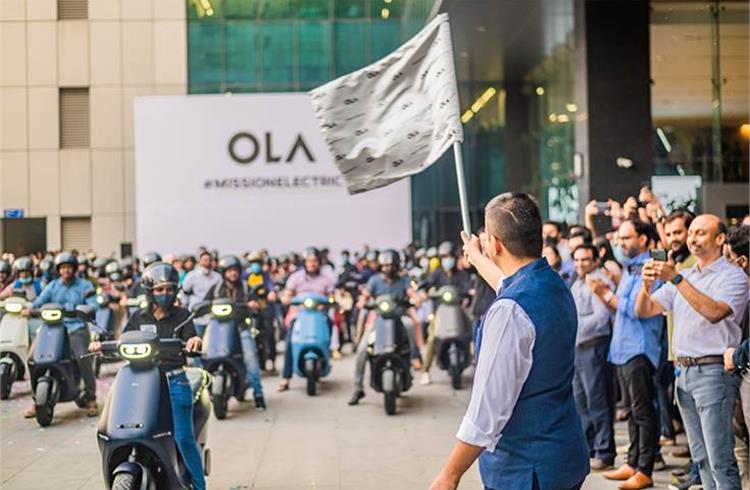 Ola Electric is facing its toughest challenge in recent times with a sizable employee exodus and falling scooter sales in June.

Head of charging networks, Yashwant Kumar, is the latest to move on while Dinesh Radhakrishnan, Chief Technology Officer, called it a day after being on board for a little over a year (since May 2021 according to his LinkedIn profile).

An Ola spokesperson told Autocar Professional that employee turnover is part of a growing organisation and the recent exits have no impact on the overall performance or the company’s endeavor “to serve our customers”.

Online news portal, Morningcontext, had sought feedback from some top executives who left the firm. The reactions were diverse. “How do you run a tech company without a CTO? There is hardly anyone left in the company who understands the product. If something goes kaput, there is hardly anyone to fix it."

And here was another. ”Working is like running on a treadmill, 24×7. You get exhausted, but you reach nowhere. Eventually, you leave."

As if losing top people is not bad enough, Ola Electric is also seeing sales of its scooters slip rapidly to the No 4 slot with Okinawa, Ampere and Hero Electric now ahead. In June, Ola Electric sold 5,869 units from an all-time high of 12,800 units in April 2022 according to Vahaan data. In contrast, Okinawa reported sales of 6,976 units with Ampere at 6,534 units and Hero Electric in third place with 6,486 units.

Earlier, customers could make part payments through four separate windows that opened on specific dates but the company moved to the new full payment model since May 28. This, according to industry sources, has resulted in low sales numbers. As a Hero Electric dealer from North Delhi said, “We are now building our buyer base with Ola suspending its flexi payments model.”

According to the Ola spokesperson, this is a temporary setback. “We were prepared to see the impact of supply chain constraints, especially on cell shortage in June. We calibrated our business priority for the month to focus on bettering our customer service and brought our turnaround time within 48 hours. Come July, we are confident that supply chain issues will start fading out and our strong order book will be fulfilled,” he said.

There are other issues to contend with. For instance, Ola decided to shut down Ola Dash, its quick commerce business. It plans to reboot its used cars business launched last year and focus on strengthening the go-to-market strategy. In March this year, the company indicated it would acquire Avail Finance to get into the fintech space. Yet, it is not offering loans at cheaper rates to attract customers.

"We have acquired Avail Finance but in the absence of a lending licence we cannot directly lend. However, we are offering regular finance options to the customer,”  said the company spokesperson.

Beyond these bottlenecks, Ola Electric is still grappling with customer complaints on its service.  Sukheja Rinkesh posted this on his Twitter handle on June 30 @sukheja_rinkesh, "My Scooter is dead from June 23 but still no one solve problems, whenever call or message on twitter they said we're going to connect with you soon"

Dilip Kher@DilipKher11, after calling customer care said “This is the third time I am writing an email, I tried customer care with no response. The Ola brand champion has given up. I don't know what else to-do but to come to twitter to complain about my problem with Ola @bhash”.

According to rival players, the key issue with the direct-to-customer (D2C) selling model is the unpredictability for customers. Uday Narang, Founder of Omega Seiki Mobility, said Ather had also tried to sell directly to customers through its experience store. “By now, the majority of all electric two-wheeler makers are back to the dealership route as having a dedicated sales and service team gives peace of mind to both”.

Another CEO of a leading ICE-to-electric two-wheeler firm added that sustenance is the most difficult part of a company's lifecycle journey. “For managing growth, the business core values and overall work culture come into play as you empower your key people and ensure they handle the business taking ownership.”