In a high-level meeting with OEMs, the government think-tank has allowed a two-week timeline to come out with a roadmap for EVs in India. 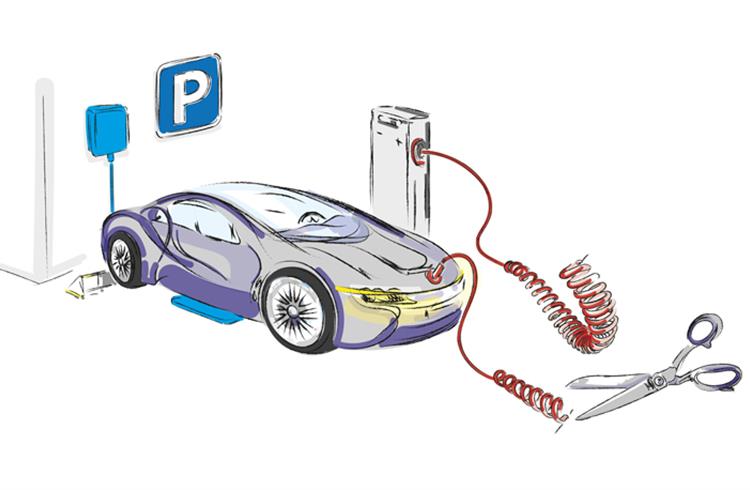 Mass electric mobility in India may happen sooner more than expected. It is learnt that in a NITI Aayog meeting between India Auto Inc and government officials today, despite the many challenges expressed by leading automakers about selling electric vehicles in such a short timeframe, the government is not looking to offer any kind of extension.

On June 4, Autocar Professional had reported that the government is working on a draft proposal to mandate the sales of electric three-wheelers and electric two-wheelers (under 150cc) from 2023 and 2025 respectively.

Earlier this month, in a show of solidarity, captains of industry had voiced their displeasure about the timelines, saying that such a programme would derail growth for the domestic auto industry which is already tackling challenges of BS VI, safety mandates and slowdown.

At today’s meeting between conventional vehicle manufacturers and EV start-ups with NITI Aayog, the industry was cautioned that if it does not take steps to address pollution issues, the courts will step in, says a PTI report. 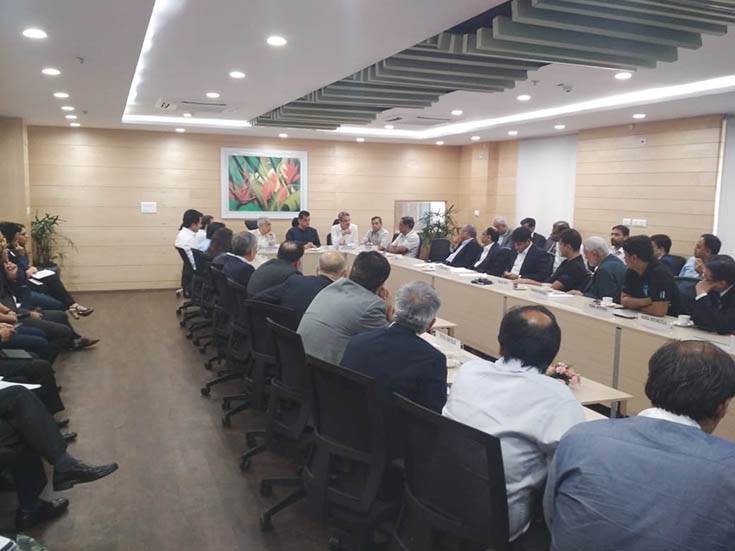 The meeting was attended by the heads of TVS Motor Co, Bajaj Auto, HMSI, SIAM and ACMA among others. (Image courtesy: Amitabh Kant/Twitter)

"Without a policy and roadmap, transition to EVs cannot happen. Policies cannot be kept fuzzy. With 14 of 15 most-polluted cities are in India, if steps are not taken up by the government and industry, then Indian courts would step in," a senior government official told PTI.

The official added that since India has already missed the electronics and semi-conductor revolution, it should not miss the electric mobility revolution. If established players do not do so, start-ups will achieve the same, a phenomenon witnessed in China.

Interestingly, while there were expectations in terms of reduction in taxes on EV sales, as per the 35th Goods and Service Tax (GST) Committee meeting there has been no change in tax structure. On the flip side, the GST body has constituted a separate EV Committee which will work in tandem to promote the electric mobility scenario in the country.

Ather Energy welcomes NITI Aayog step
From an EV maker's perspective, the move to accelerate electric mobility in the country is a welcome move, Commenting on the meeting, Tarun Mehta, CEO and co-founder of Ather Energy, said: "The meeting was a commendable step taken by the NITI Aayog team and Mr Amitabh Kant. As Mr Kant himself said, India has largely missed out on several technology waves: semi-conductors, mobiles, software and so on. Two-wheeler automotive is the last and true manufacturing industry that we have that not only exists but thrives. It is hence extremely critical that we make the transition to electric quickly lest we get wiped out by another global wave. It is very inspiring to see that instead of lagging behind, the policy is trying to stay with the change and in fact enable it.

"The kind of participation that we had from the industry goes to show how forward thinking we are unlike many western countries where electric has been vehemently opposed by legacy players. We saw industry captains whole-heartedly support electric and I am quite confident in the coming weeks we will be able to align on a transition plan from combustion to electric. Exciting times," concluded Mehta.

Clearly, this means the government has taken a tough stance on the subject of vehicle electrification. Now the plug's in the fossil-fueled OEMs' court. Stay tuned for more updates on the subject.