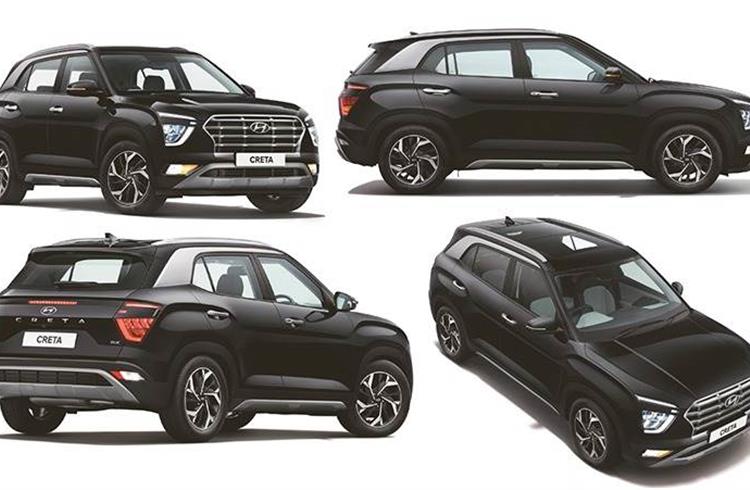 Launched on March 16, 2020, the second-generation Hyundai Creta has had had a good run in the domestic market. Despite the Covid-induced loss of sales, particularly in the early part of FY2021, the midsized SUV has logged sales of 121,000 units in its first year and remains the best-selling utility vehicle in India.

Launched at an introductory price of Rs 999,000, the new SUV which debuted at the Auto Expo 2020 is available in five engine-gearbox configurations and five trim levels.

Surging demand for the new Creta has only furthered what the first-generation Creta achieved since its launch in July 2015. Cumulatively, from July 2015 to end-January 2021, the two models have sold a total of 569,212 units comprising 190,734 petrol variants and 378,478 diesel variants, which makes for a petrol:diesel split of 34:66 percent in favour of diesel (1.5-litre US CRDI).

According to Hyundai Motor India, over 51% of India sales are from the higher-spec SX and SX(O) trims and there’s over 60 % sales contribution from the 1.5-litre U2 CRDi BS6 diesel-powered variants.

Over 215,000 Cretas exported
Adding power to the Creta story is the SUV’s export performance. As per Autocar Professonal’s data analytics, a total of 215,771 Cretas have been exported till end-January 2021 (see stat table below). It also helped Hyundai regain the No. 1 exporter crown in FY2020 and looks headed to retain the numero uno passenger vehicle exporter position this fiscal too.