Kamarajar Port, which will be used to export around 20,000 cars annually, will be the fourth port, after Mumbai Port, Mundra Port and Pipavav Port, to be used by Maruti Suzuki for overseas vehicle shipments. 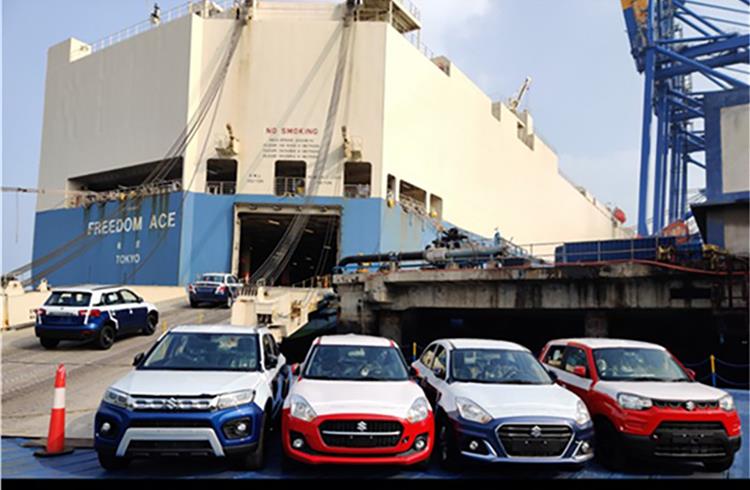 To facilitate automobile exports, a car-cum-general cargo berth has been developed and commissioned by Kamarajar Port for handling automobile units.

As a part of the partnership between Suzuki Motor Corporation and Toyota Motor Corporation, Maruti Suzuki’s recently launched Grand Vitara is manufactured at Toyota Kirloskar Motor’s Bidadi plant in Karnataka. The Grand Vitaras to be exported will be sent to the pre-delivery inspection (PDI) centre at the Kamarajar Port, and subsequently shipped.

Hisashi Takeuchi, MD and CEO, Maruti Suzuki India said, “Our expanding export operations reflect our commitment to offer reliable, high quality, technologically advanced cars to our global customers. The start of exports from the Kamarajar Port will help us reach out to a wider base of customers. This initiative will also help to decongest the Mumbai Port, Mundra Port and Pipavav Port used by the company to export vehicles at present.”

Sunil Paliwal, I.A.S., CMD, Kamarajar Port, said: “We are glad to enter into an agreement with India’s leading passenger vehicle manufacturer, Maruti Suzuki, to offer our port services for export of vehicles to regions across the globe. Maruti Suzuki has earned the distinction of being a major contributor to exports from India, and associating with the company will help us augment our operations as well. We hope to make this collaboration a success and contribute to India’s economy.”

Named as the 12th major port of India, Kamarajar Port has a parking capacity of 14,000 vehicles. The vehicles are checked and are cleaned thoroughly before being loaded for shipment.