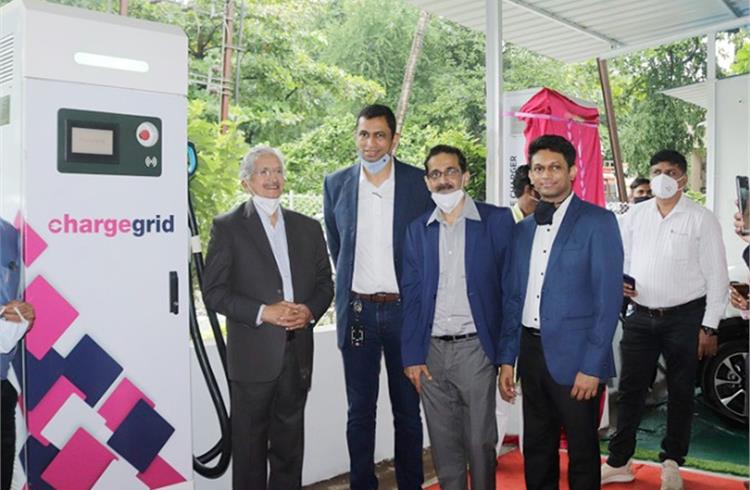 The EV station, with 21 chargers, was inaugurated by Subhash Desai, Minister of Industries and Mining, Maharashtra. 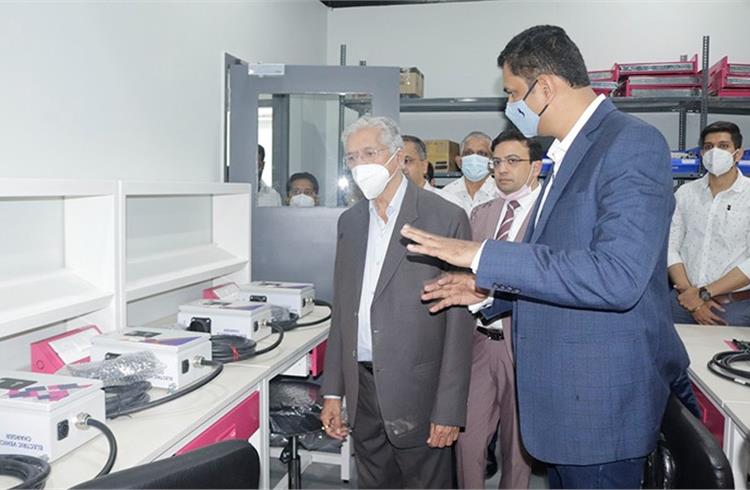 Subhash Desai, Minister of Industries and Mining, Maharashtra, in conversation with Maxson Lewis, MD and co-founder of Magenta Group.

Subhash Desai, Minister of Industries and Mining, Maharashtra, said: "Maharashtra has been in the forefront of EV development. Under our draft EV Policy 2021, we aim to bring at least 146,000 new battery-operated electric vehicles (BEVs) on state roads by 2025, estimated to comprise about 10% of all new vehicle registrations by that time. We support our very own local start-ups like Magenta to drive the adoption of EVs in the state and in the country and soon globally.”

The charging station, which is operational around the clock, has 21 chargers – four DC chargers (15 to 50 KW capacity) and 17 AC chargers (3.5 to 7.5 KW). The AC chargers have been developed and manufactured in-house in India.

Depending on the usage, a vehicle can be charged in as less as 45 minutes. For vehicles which require AC slow charging, a parking bay allows for overnight charging. These chargers can be operated through Magenta’s ChargeGrid App with online remote monitoring which includes an automated payment gateway.

The setting up of this public EV charging station in Mumbai is in line with the Centre’s plan to set up 400,000 charging stations to meet the requirement for two million EVs which could potentially ply on its roads by 2026. According to SMEV statistics, there are 1,800 charging stations in India (March 2021) catering to 16,200 electric cars, including the fleet segment.

Charger manufacturing plant coming up
Meanwhile, Magenta has announced plans to set up an AC charger development and manufacturing unit for India and for exports. The company has recently closed Series-A funding of Rs 120 crore from American philanthropist, Dr Kiran Patel, and will invest Rs 30 crore of its own. A second R&D centre in the same location is also to be set up in Navi Mumbai.

Maxson Lewis, MD and co-founder of Magenta Group said, "The year 2021 has presented a great responsibility and opportunity to fast track the development of electrification and EVs. The impact of the pandemic has led to an emergence of a new consumer who is eager to be healthy, breathe clean air and build a better, more resilient world for the next generation. We at Magenta aim to strengthen this vision.”

On June 24, Magenta signed an agreement with Telangana State Renewable Energy Development Corporation to coordinate the transition of government officer transport from ICE vehicles to EVs across the state departments.