In 2022, the Italian manufacturer sold 92 units in India; sees 60:40 sales split between the popular Urus SUV and supercars in India. 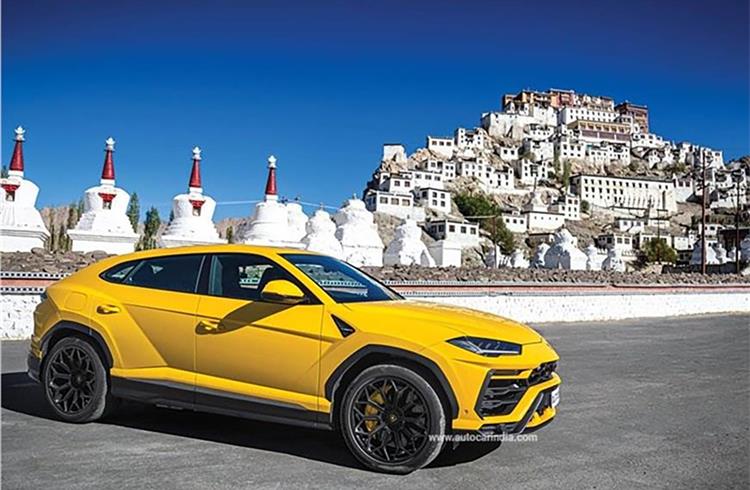 In line with the global sales trend for luxury carmakers last year, Lamborghini too has announced record global sales for CY2022 – 9,233 cars – and an increase of 10% over CY2021 numbers. Of this, the India market contributed 92 units, which is Lamborghini India’s best-ever annual sales to date and a year-on-year growth of 33 percent.

Last year also saw the Italian brand, whose average car costs over Rs 4 crore, surpass the cumulative 400-unit milestone in India market. This is indicative of the fact that a growing segment of car buyers in India are increasingly interested in the high-end luxury segment. Brands like Mercedes-Benz are also benefiting from  this trend where growth is predominantly in the top-end segments.

Speaking about the sales performance in India, Francesco Scardaoni, regional director of Lamborghini Asia Pacific, said, “We have noticed double-digit growth in terms of deliveries and India is one of the top performing markets in the region that recorded the most in terms of order collection on our latest Lamborghini models.”

Globally, the United States retained the top market position with 2,721 cars sold followed by China, Germany, the United Kingdom and Japan. The Asia-Pacific region, however, accounted for the highest growth of 14 percent.

Speaking to Autocar India, Scardaoni said that the sales split for the India market in CY2022 was 60 percent and 40 percent between the Urus SUV and the brand’s supercars. Despite the Urus being the most popular model both in India and globally, supercars like the Huracan still account for substantial numbers for Lamborghini. Scardaoni stated that he is optimistic about supercars continuing to be popular in India, especially with the improving road infrastructure.

He also mentioned that the newly launched, limited-run Huracan Sterrato is garnering a lot of interest here. “India has a pretty high interest in the Sterrato and that is driven by two factors – the existing road conditions and also because it is a unique product,” he added.

Lamborghini will progressively electrify its range of cars starting this year, first with hybrids and then pure-EVs towards the end of the decade. The carmaker says it has invested 1.8 billion euros (approximately Rs 15,973 crore) in its transition towards electrification.

Come March 2023, Lamborghini will reveal the Aventador replacement powered by an electrically assisted, naturally aspirated V12 powertrain. Next year, Lamborghini will introduce the hybrid versions of the Urus and the Huracan. In 2028, Lamborghini is set to launch its first EV which will be a 2+2 GT.