These 5 states account for 29.66% of the total number of accidents recorded nationwide in 2015. They also recorded the highest number of injuries at 275,873. 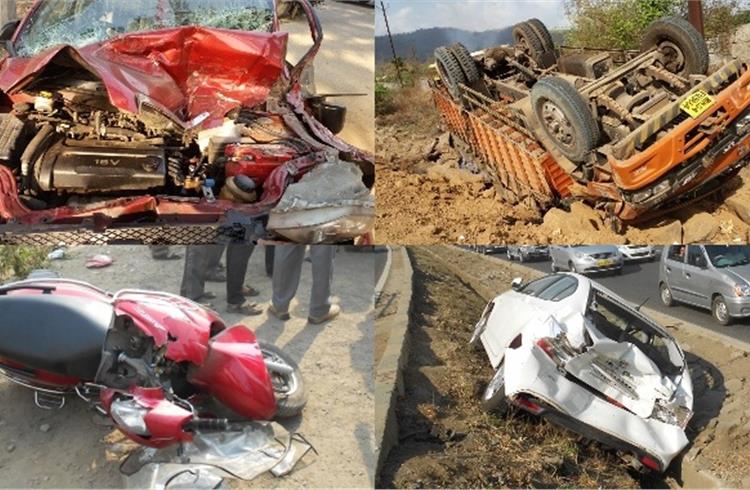 More details have emerged on road accident statistics in India. Data shared by the Ministry of Road Transport & Highways (MoRTH) reveals an increase of 4.6% in the total accident fatalities in the country, from 139,671 in 2014 to 146,133 in 2015. This provisional data was shared by MoRTH on May 2, 2016, in the Rajya Sabha.

If the figures mentioned above don’t grab your attention, here is a statistic that throws some light on the gravity of the situation – 16 people were killed every hour in 2015 due to road accidents, which amounted to roughly 400 deaths every day!

According to the state-wise data presented by MoRTH, here are some key takeaways:

- 23 states and Union Territories (UTs) reported an increase in the number of road accident fatalities.

States with the worst record

Uttar Pradesh, Tamil Nadu, Maharashtra, Karnataka and Rajasthan recorded the highest number of fatalities in 2015. These five states contributed to 46.45% of the total fatalities recorded nationwide for the same year.

Merely a day after the provisional data was revealed, the Parliamentary Standing Committee on Transport, Tourism and Culture recommended that the government must legislate a law, and opposition from states on a range of issues can be dealt with separately. It noted that “On non-controversial issues like safety; increase in the penalty for unauthorised driving, minor driving, increase in the penalty for various kinds of traffic violations etc, the government should legislate the law."

Interestingly, on December 22, 2015, over 50 Members of Parliament from across party lines had written to the Prime Minister expressing their support for the urgent introduction of a comprehensive road safety legislation.

The letter to the prime minister stated, “Currently, motorised transport in India is governed by the Motor Vehicles Act, 1988, but in the 27-year period since then, deaths caused due to road accidents have increased by 300%. With the changed scenario in road transportation in India, this Act has proved to be inadequate in addressing the systematic issues currently plaguing road safety in India.”

The letter also brought forward the unfortunate death of political party BJP’s senior leader Gopinath Munde in a road accident: “Our esteemed colleague Gopinath Munde passed away in an unfortunate road accident in Delhi on June 3, 2014. Road Transport Minister Nitin Gadkari had then promised that India will get a strong road safety law within one month. A comprehensive bill was indeed drafted but it has not been introduced yet. Each day of delay in introducing the bill is costing the lives of close to 380 (now risen to 400) innocent citizens.”

However, this does not mean that the fast-climbing road accident and fatality rates in the country haven’t caught the Prime Minister’s attention. In his monthly radio programme, Mann Ki Baat, broadcast on July 26, 2015 he had taken up the cause of road safety and the high road accident rates.

He said, “Whether it is education relating to road safety, road engineering, enforcing the law, or providing emergency care to those injured in an accident, we are going to bring a road safety and transport bill keeping all these points in mind.”

The trend of increasing deaths reiterates the fact that road users must be protected through a comprehensive legislation. While the government has drafted a bill in this regard, it has hit numerous roadblocks thereby preventing it from being introduced in the Parliament. It is high time that the age-old Motor Vehicle Act is replaced by a new Road Transport and Safety bill.

Legislation to protect all road users

Saji Cherian, director (Operations), SaveLife Foundation, who was also a panellist at the Road Safety webinar by Autocar Professional on May 4, 2016, said: “Given the fact that India has the highest road accident fatalities globally, there is an urgent need for a strong legislation that protects all classes of road users. The Parliamentary Standing Committee has rightly noted that a legislation which addresses road safety issues should be introduced at the earliest and since the issue has received bipartisan political support, there should be not any further delay." 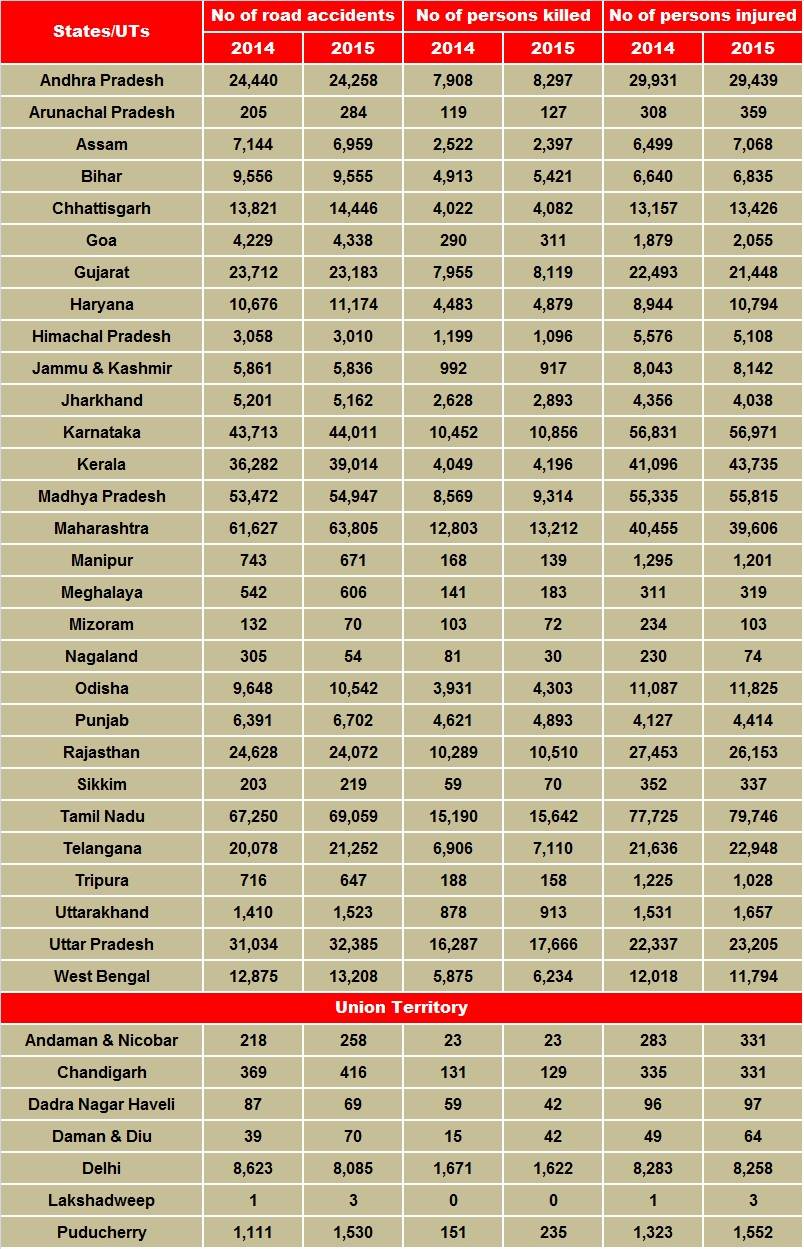 - It helps to check your eyesight, reduce your risk

- Why safe is the new cool