With the country spending close to $119 billion annually on petroleum imports, ethanol-diesel blending will lead to significant savings. 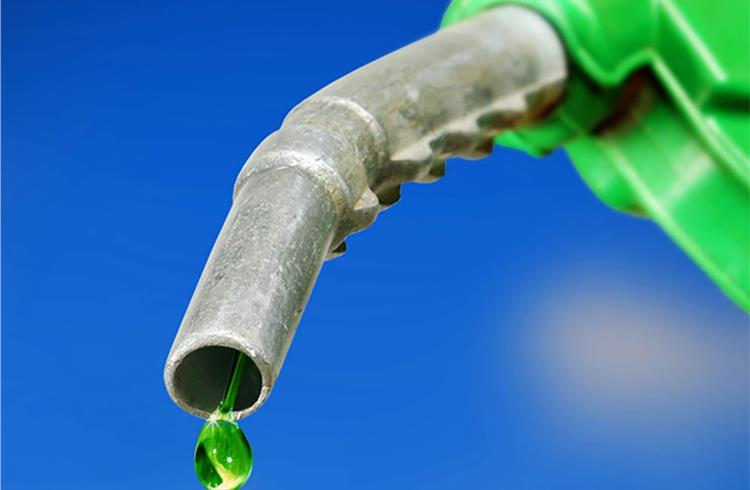 A ferry boat sailing on the placid waters of a river in a north-eastern state in India last week has drawn the attention of top oil refiners and heavy-duty commercial vehicle manufacturers in India, including Ashok Leyland and Tata Motors, among others. The reason for the interest is that this was a test boat run by Oil India and running on a 15% ethanol-blend diesel. According to industry insiders, the results have been successful.

As a result of this successful test, this blended fuel will be recreated identically on heavy vehicle road tests — a task that refiners previously viewed as a ‘big no’. This is because the chemistry of diesel prevents homogeneous blending with ethanol, rendering it unsuitable for use as a transportation fuel.

Second, ethanol, like petrol, is a class A product but diesel is a class B product, which causes ‘knocking’ during the ignition stage and is, therefore, a huge headache for vehicle manufacturers. This is one of the fundamental reasons why ethanol-petrol blending has already reached 12 percent nationally, whereas biodiesel remains at around 0.1 percent. Furthermore, because biodiesel is directly tied to the food security programme, using food grains for commercial production has always been a risky approach.

However, Autocar Professional can independently confirm that ethanol-blended diesel is just around the corner.

Change is in the air

So, what has changed now? All major refiners — IndianOil, Bharat Petroleum, Hindustan Petroleum and Oil India — have now developed their own binders or glue for homogenous mixing of ethanol-diesel and are currently working on field trials with various heavy vehicle OEMs.

IndianOil, the country's largest petroleum marketing company, has been at the forefront of the initiative, with field experiments already underway with at least two major heavy duty commercial vehicle manufacturers. Dr SSV Ramakumar, Director (R&D), IndianOil, told Autocar Professional, “We will have results very soon if everything goes well.”

According to PS Ravi, Executive Director at Bharat Petroleum Corporation, the binder produced by his company's Research & Development (R&D) team is being tested on an Ashok Leyland vehicle. “Things are being worked around,” he said. It is believed that Hindustan Petroleum is working along similar lines to develop ethanol-blended diesels.

The development is noteworthy given that India, the world's second largest importer of oil, used approximately 76.7 million metric tons per annum (MMTPA) of diesel during FY21, which is three times that of gasoline. Further, with the country spending close to $119 billion (Rs 981,393 crore) annually on petroleum imports, ethanol-diesel blending will lead to significant savings.

For perspective, India's Ethanol Blended Petrol (EBP) Programme, which aims to achieve 20% blending with petrol, popularly known as E20, is expected to result in excess ethanol production, with some portion of it redirected to diesel blending, according to industry players.

The sole disadvantage of the present discoveries is that the addition of binders may end up disrupting the diesel's flash point, lowering the fuel efficiency. In layman's terms, an automotive fuel's flash point is described as the temperature at which it creates enough vapor to make an ignitable combination in the air. The flash point of petrol is normally less than -40deg C, while that of diesel is often between 52deg C and 96deg C. Because of this difference, diesel fuel is considerably simpler to ignite, which is why diesel engines normally require a greater compression ratio than gasoline engines. However, the binders added to the blended diesel may end up upsetting the flash point levels and thereby lowering operational efficiencies. It remains to be seen if OEMs are comfortable with the flash point.