The Society of Indian Automobile Manufacturers and the United States Grains Council struck an agreement to support increasing ethanol blending in India at the AutoExpo 2023. 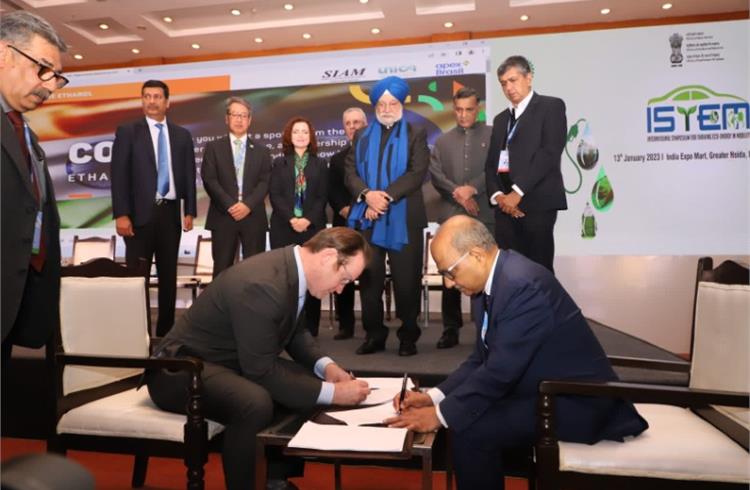 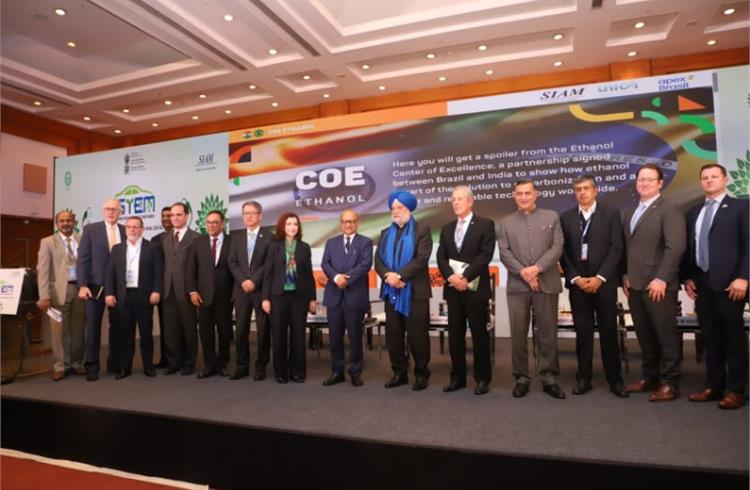 The Auto Expo 2023 also saw the Brazilian Sugarcane Industry Association (UNICA) and SIAM partner to set up a CoE for ethanol.

The Iowa Renewable Fuels Association (IRFA), a US-based trade body dedicated to promoting the use of renewable fuels and improving market access for ethanol and other grain-based biofuels, believes that India has achieved unprecedented growth in ethanol blending during the past few years, compared to the United States which took nearly five decades to achieve similar levels of penetration.

Monte Shaw, Executive Director, Iowa Renewable Fuels Association, who was part of the delegation led by the United States Grains Council (USGC), told Autocar Professional that the strides India has made in terms of ethanol production are remarkable. “We in the US can learn a lot from India in this regard,” he said. He added that ethanol blending levels in the US currently stand similar to that of India.

Shaw was part of a delegation led by the USGC, another US-based organisation that works to expand export markets for barley, corn, sorghum and associated products such as distiller's dried grains with solubles (DDGS) and ethanol. The Council administers programmes in more than 50 countries and the European Union from 28 full-time offices.

Meanwhile, at the Auto Expo 2023, on January 13, India’s apex automobile body Society of Indian Automobile Manufacturers (SIAM) and the USGC struck an agreement to support increasing ethanol blending in India.

The MoU was signed by Vinod Aggarwal, President, SIAM and Josh Miller, Chairman, USGC, in the presence of Hardeep Singh Puri, Minister of Petroleum and Natural Gas and Gloria Berbena, Acting Deputy Chief of Mission and Counsellor, US Embassy, New Delhi. Under this agreement, both organisations will collaborate on critical areas such as standards, legislation and policy frameworks, blending and retailing, production and logistics and automobile compatibility.

SIAM president Vinod Aggarwal stated that ethanol benefits the environment, health, and economy. India met its objective of supplying 10 percent ethanol-blended petrol by June 2022, five months ahead of schedule, up from 0.67 percent blending in 2012. The country now plans to increase the blend to 20 percent (E20) by 2025–2026, which will require an estimated 2.68 billion gallons or 10.15 billion litres of ethanol. “SIAM highly appreciates the role and vision of the Council to develop long-term partnerships with Indian stakeholders, create opportunities and add value to the US-India trade relationship,” said Aggarwal.

USGC Chairman Josh Miller said, “We believe in collaboration and are constantly exploring opportunities to support India in achieving its next target of 20 percent blending by 2025.” India is the second-largest importer of US ethanol for industrial purposes. “This MOU reflects the excellent mutual relations between the countries and our collaborative efforts and shared priorities in this space.”

Acting Deputy Chief of Mission Gloria Berbena, United States Embassy, New Delhi, remarked, “The United States believes in the power of the market to drive overall quality improvement, make the automobile and energy industries more stable over time. Our inputs facilitate market efficiencies and opportunities around the world. Through this MoU between SIAM and the US Grains Council, I believe that biofuels will remain a critical tool for a stronger, more sustainable future for the United States, India, and the world.”