‘India has the potential to be world’s largest car market’: Toshihiro Suzuki

Small cars will continue to be relevant in the future and Suzuki Motor Corp will develop appropriate mobility solutions for the India market, says the president of the Japanese automaker. 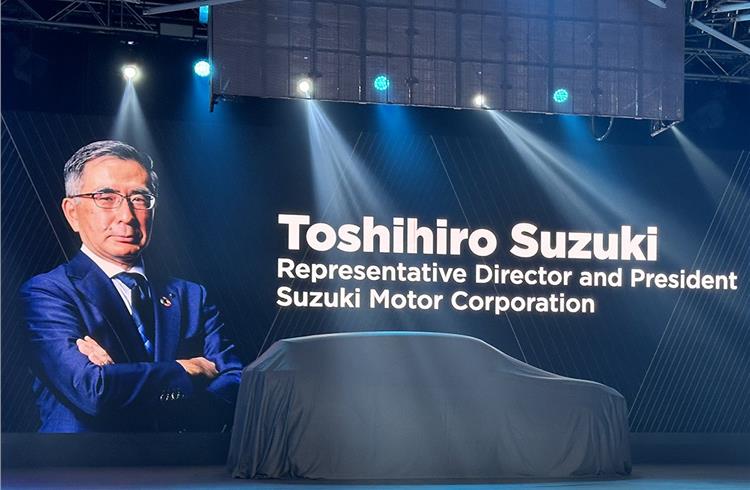 Toshihiro Suzuki, president of Suzuki Motor Corporation, says India has the potential to be the largest car market in the world and that Suzuki Motor would like to capture this growth by developing technology for the right mobility solutions for the market.

His comments come close on the heels of India overtaking Japan as the third largest car market in the world.

In terms of current vehicle penetration, Toshihiro Suzuki says in India, which has a population of 1.4 billion, only 0.3 billion people use cars. Therefore, with such a low level of penetration, there is still huge potential of 1.1 billion people using vehicles. “The small car has a potential to do good in the future as well,” said Suzuki.

As to when he expects India to become the global No. 1, Suzuki said it is difficult to predict such a scenario, given the disruptions in the global automotive industry but reiterated that “India has a potential to be No. 1.”

The country already accounts for over 50-60% of overall global business for Suzuki Motor Corporation and the president believes the share will only go increase in future.

Small cars ideal to deal with disruptive megatrends
The automotive industry is getting disrupted with CASE – connected (cars), autonomous / automated (driving), shared and electric – but Suzuki Motor Corp’s boss feels small cars are ideal to cater to these megatrends. “With the revolution of CASE, in future you might not require big cars . . . only small cars may be needed. Only small cars will support the mobility of people,” said Toshihiro Suzuki. 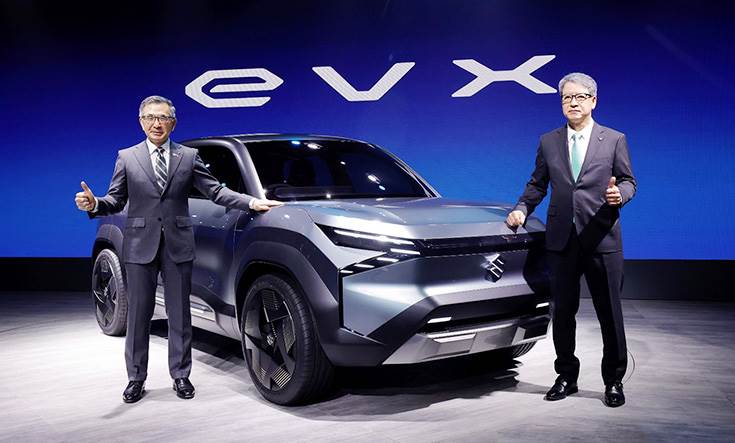 As part of its strategic growth programme to be a key player in the emerging electrification space, the company today had the global premiere of the eVX SUV EV concept at Auto Expo 2023 in New Delhi. The production version of the all-electric SUV, which is Suzuki’s strategic global EV, will be launched in 2025.

Suzuki, however, is of the opinion that EVs are not the sole solution to address the global challenge of  carbon neutrality. “We are preparing to launch EVs in India but we are not depending only on EVs. The other solutions can be hybrids, it can be gasoline, ethanol, flex-fuel as well. There can be hydrogen also,” added Suzuki.

He continued, “It goes without saying that India is an important and very significant market for Suzuki Group.” Hence, despite a busy schedule, "I really wanted to attend the show. Suzuki flew into India the night before the opening of the Auto Expo and will be flying out after the event concludes.

According to Suzuki, India is a very large country and automobiles are put to through different usage needs. “There are areas where EVs might do well, while hybrids and CNG may do well in other regions. We would like to take a comprehensive view to deliver carbon neutrality.” 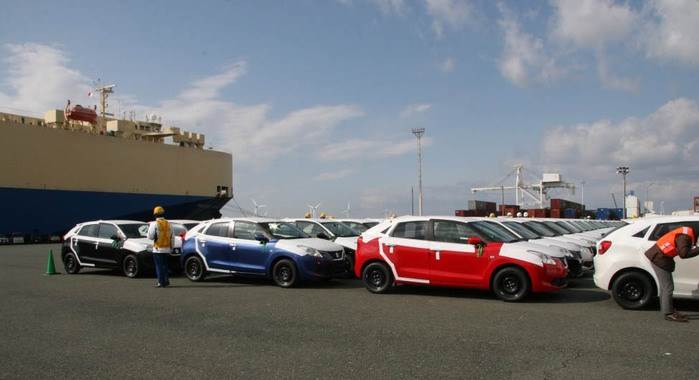 Maruti Suzuki headed for record exports this fiscal
India is significant for Suzuki Motor Corp not only from a domestic market standpoint but also from a global export base perspective. Suzuki informed that compared to the past fives years, export sales have doubled to over 230,000 units and it is likely to set a new record for exports this fiscal.

"We, as Suzuki Group, are committed and are making various efforts to expand exports from India, we are grateful that we have been given a stable manufacturing environment led by PM Modi,” said Suzuki.

Aiming to regain lost market share in India
The global head of the country's largest car maker admitted that the company was slow in reacting to the shift towards SUVs, which has pulled down Maruti Suzuki’s market share below 50%. But with the new range of SUVs, “we want to take it back to 50%,” said Suzuki.

Maruti Suzuki India, which is set to end FY2023 with an output of 2 million units, has sounded out component vendors for an output of over 25% and 2.5 million units. Toshihiro Suzuki, however, was non-committal on specifics and said it is difficult to give guidance for the future, given the multiple headwinds faced by the industry. “We are passing through a difficult phase, there is a rise in interest rates, the Russia-Ukraine war is on, there are challenges on commodity prices, next year, also we are likely to go through a difficult phase,” cautioned Suzuki.

The head of Suzuki Motor Corp says the Japanese automaker is working very closely with Toyota Motor Corporation on multiple technologies including EVs and hybrids, amongst other things. “We are taking guidance from Toyota on EVs and other technologies. They are teaching us multiple new things . . .  however, they are not expecting us to use the technology as is but adapt it according to SMC’s way of developing,” concluded Suzuki.