Hyundai India rolls out its 10 millionth car after 273 months

From start of production of the first car through to the rollout of the milestone millionth car today, Hyundai Motor India has taken all of 273 months. 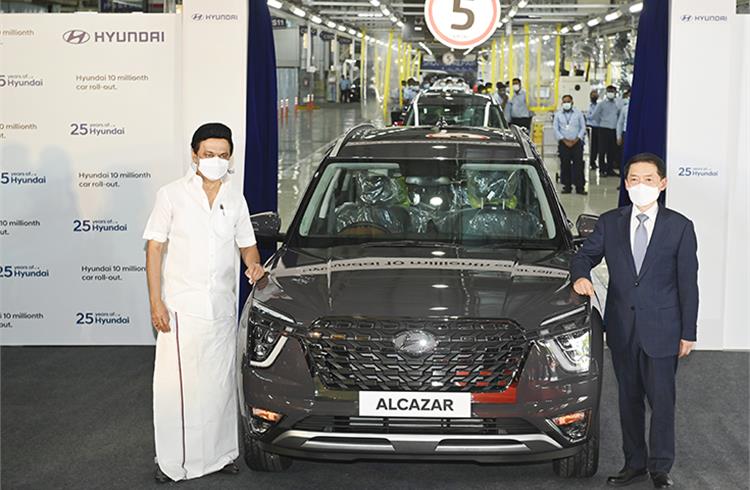 M K Stalin, Chief Minister of Tamil Nadu and S S Kim, MD and CEO, Hyundai Motor India, at the rollout of the 10 millionth car – an Alcazar SUV – at the Hyundai manufacturing plant. 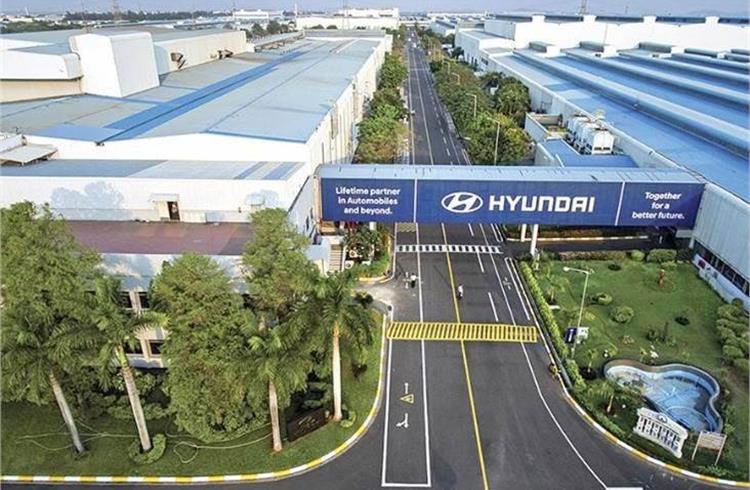 Hyundai's two plants in Sriperumbudur, Tamil Nadu have a combined capacity of 750,000 units per annum. 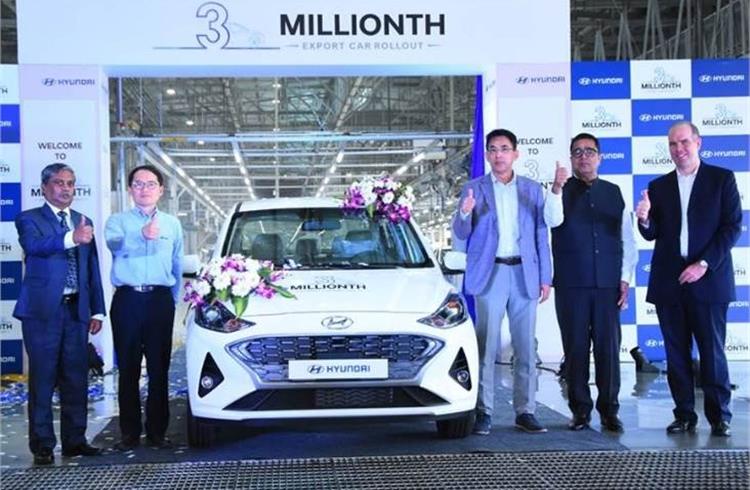 On January 30, 2020, Hyundai rolled out its three-millionth made-in-lndia car for export from its Chennai plant. The milestone car was a Hyundai Aura, badged as the Grand i10 as the compact sedan sell 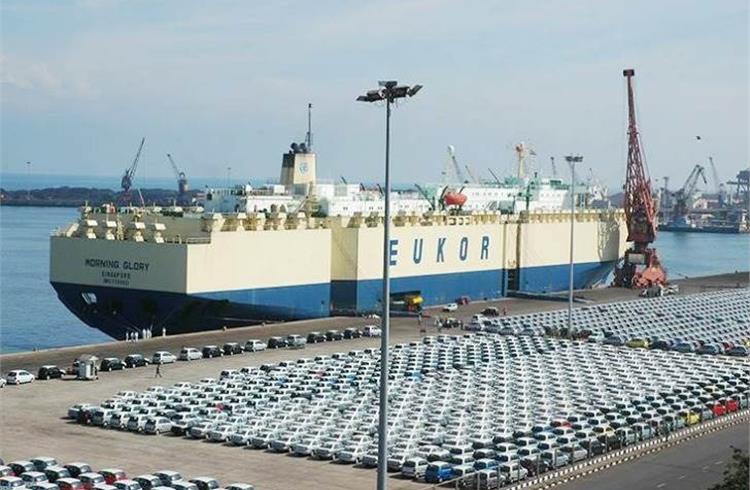 With total shipments of 104,342 units in FY2021, Hyundai retained the title of India's No. 1 passenger vehicle exporter. 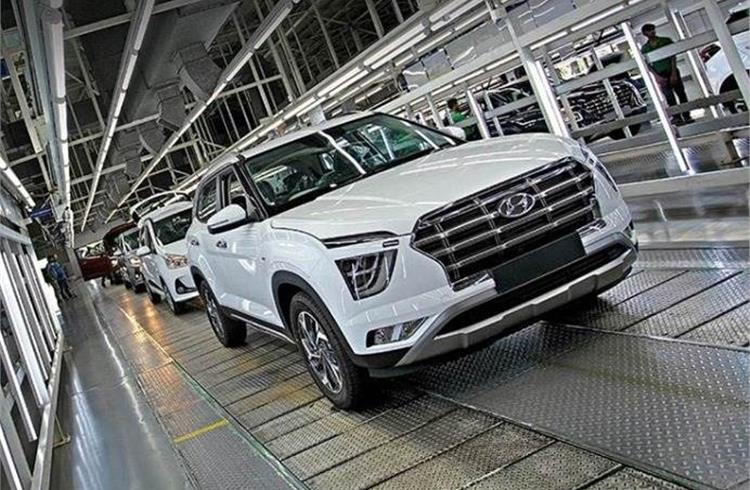 Hyundai Motor India has rolled out its 10 millionth made-in-India car – an Alcazar SUV – from its manufacturing facility at Sriperumbudur, near Chennai in Tamil Nadu.  The production milestone comes 23 years after the Korean carmaker began operations in September 1998 at Hyundai’s first integrated plant outside Korea.

From start of production of the first car through to the rollout of the milestone millionth car today, Hyundai Motor India has taken all of 273 months or a month under 23 years to do so. See the production milestone run up to 10 million units below. Commenting on the 10 millionth car rollout, S S Kim, MD and CEO, Hyundai Motor India, said: “This historic milestone is a testimony of Hyundai’s commitment towards the Make in India initiative. Furthermore, it also showcases our vision of boosting the socio-economic development in the state of Tamil Nadu and making the country more self-reliant.”

Making in India. . . for the world
For Hyundai, it is a quarter century since its make-in-India journey began. The two plants, with an installed capacity of 750,000 units per annum, has produced over 9 million cars. On February 17, 2021, Hyundai Motor India celebrated 25 years of Make in India. It was on May 6, 1996 that Hyundai Motor India officials laid the foundation of the manufacturing facility at Irungattukkottai in Sriperumbudur. Over the past two-and-a-half decades, this facility has emerged as a hub of manufacturing excellence.

Key highlights of the plants are:
- Zero wastage 100 % water recirculation facility using recirculated water and rainwater harvesting systems
- 85 % energy utilisation from renewable sources to be achieved in 2021
- 33 % of the physical expanse of the factory is under green cover
- Nearly 14% of the cars manufactured are dispatched by eco-friendly railway route
- Smart factory houses over 650 fourth-gen robots.
- Utilisation of AI in robotics automation for car manufacturing
- Max output in a single month: 71 000 in December 2020

From the rollout of its iconic Santro through to premium cars like the i20 and more recent products like the Verna, Venue, new Creta, Grand i10 Nios, Aura and recently the Alcazar, Hyundai is now a household name in India.

Made-in-India export leader
Hyundai Motor India, which wrested the No. 1 made-in-India passenger vehicle (PV) exporter title from Ford India in FY2020, retained the title in FY2021. In FY2019, the Korean carmaker missed being India's top PV exporter in FY2019 by a whisker – of all 696 units!

With total shipments of 104,342 units in FY2021, the Korean carmaker steamed ahead of Maruti Suzuki India, which exported 94,938 units. Hyundai Motor India, has the Verna and new Creta as its export demand drivers.