Hyundai’s strong performance is thanks to sustained demand for two of its best-selling products – the Creta midsize SUV and the Venue compact SUV – which have contributed to around 47% of its sales. 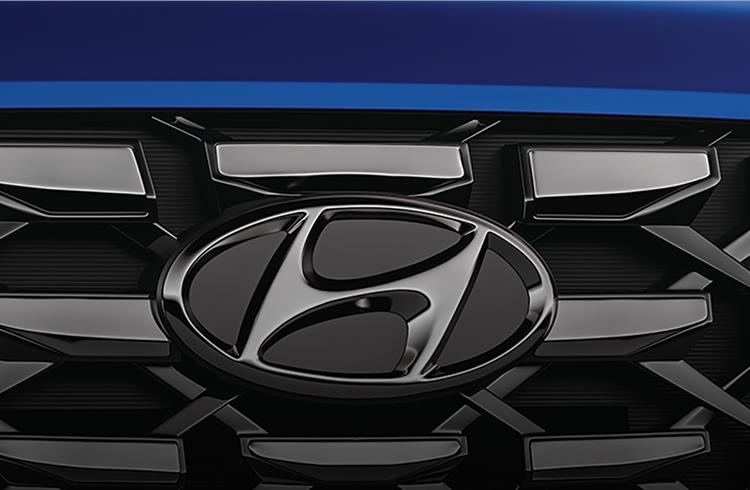 Hyundai Motor India has entered 2023 on a strong note, having closed calendar year 2022 with its best-ever domestic market annual sales since began manufacturing operations 25 years ago in September 1998.

With cumulative wholesales of 552,511 units in the January-December 2022 period, the Chennai-based carmaker has recorded 9.4% year-on-year growth. The monthly sales average works out to 46,042 units for the Korean carmaker which currently retails nine passenger vehicles comprising five SUVs (Creta, Venue, Alcazar, Tucson and Kona), two hatchbacks (i10 Grand, i20 Elite) and the Xcent/Aura sedans. 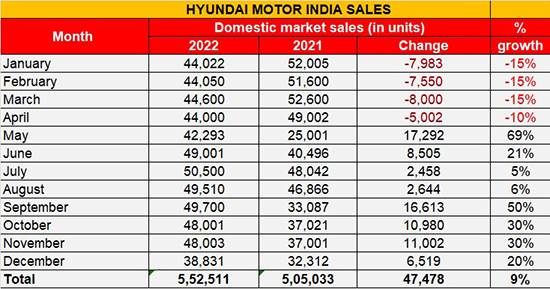 Creta and Venue account for 47% of CY2022 sales
Hyundai’s strong performance is thanks to sustained demand for two of its best-selling products – the Creta midsize SUV and the Venue compact SUV. The Creta, India’s No. 2 best-selling SUV after the Tata Nexon, has sold a total of 140,895 units and accounts for 25.50% of total sales.

The Venue, with estimated 12-month sales of 121,918 units contributed 22% to Hyundai’s record sales in 2022. Combined Creta-Venue sales account for an estimated 47% of total Hyundai sales, which see SUVs contributing to over 50% to the overall number. 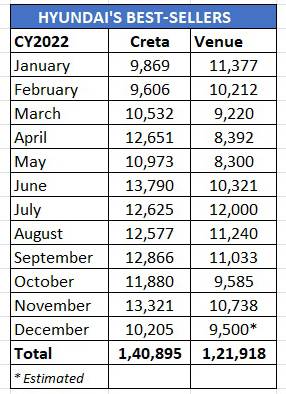 Till end-December 2022, the Creta is estimated to have sold a total of 823,260 units, having crossed the cumulative 800,000-unit sales milestone in November 2022, within 8 years or 89 months after launch. Combined with exports, the Creta has recorded over a million sales since launch in July 2015.

Commenting on the CY2022 performance, Tarun Garg, Director (Sales, Marketing & Service), Hyundai Motor India said, “Despite strong headwinds in the last few years, we have continued to challenge existing boundaries and establish new industry benchmarks. SUVs now contribute to more than 50% of our overall volumes and the Creta registered its highest ever annual sales volume of 140,895 units in CY2022 since its introduction in 2015. On the back of Indian customers’ rising affinity for SUVs, we further strengthened our SUV line-up with the introduction of the Venue, new Tucson and Venue N-Line.”