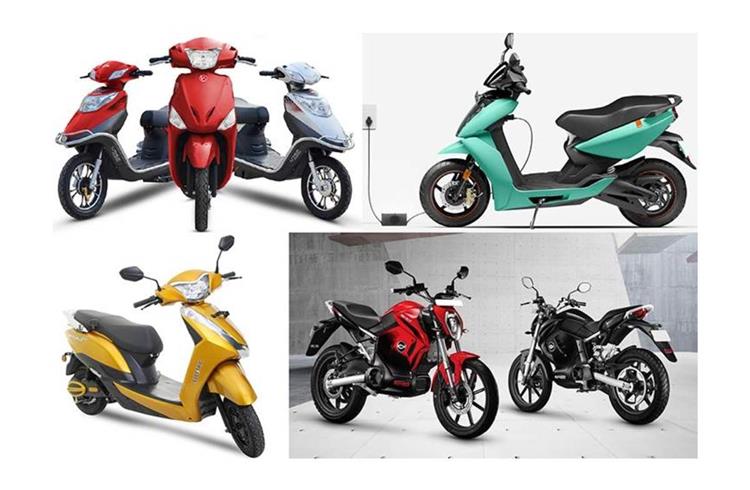 Despite a very challenging calendar year 2020, Hero Electric, India’s largest electric two-wheeler manufacturer, has maintained its No. 1 status in the high-speed e-two-wheeler market.

Interestingly, the sales of high-speed electric two-wheelers in the January to December 2020 period was 25,735 units (-5.4% YoY) as against 27,224 units sold in the previous calendar year according to data compiled by the Society of Manufacturers of Electric Vehicles (SMEV).

Autocar Professional analysed the sales data of 16 high-speed electric two-wheeler manufacturers for the year 2020. Despite a total washout in Q1 for the overall auto industry, Hero Electric continued to retain its leadership position in CY2020, with sales of 8,111 units (-28.17% YoY), followed by Okinawa Autotech with 5,564 units (-50.46% YoY) and Ampere Electric at 4,422 units (269% YoY). The top three electric two-wheeler makers have a combined market share of around 71% amongst them. 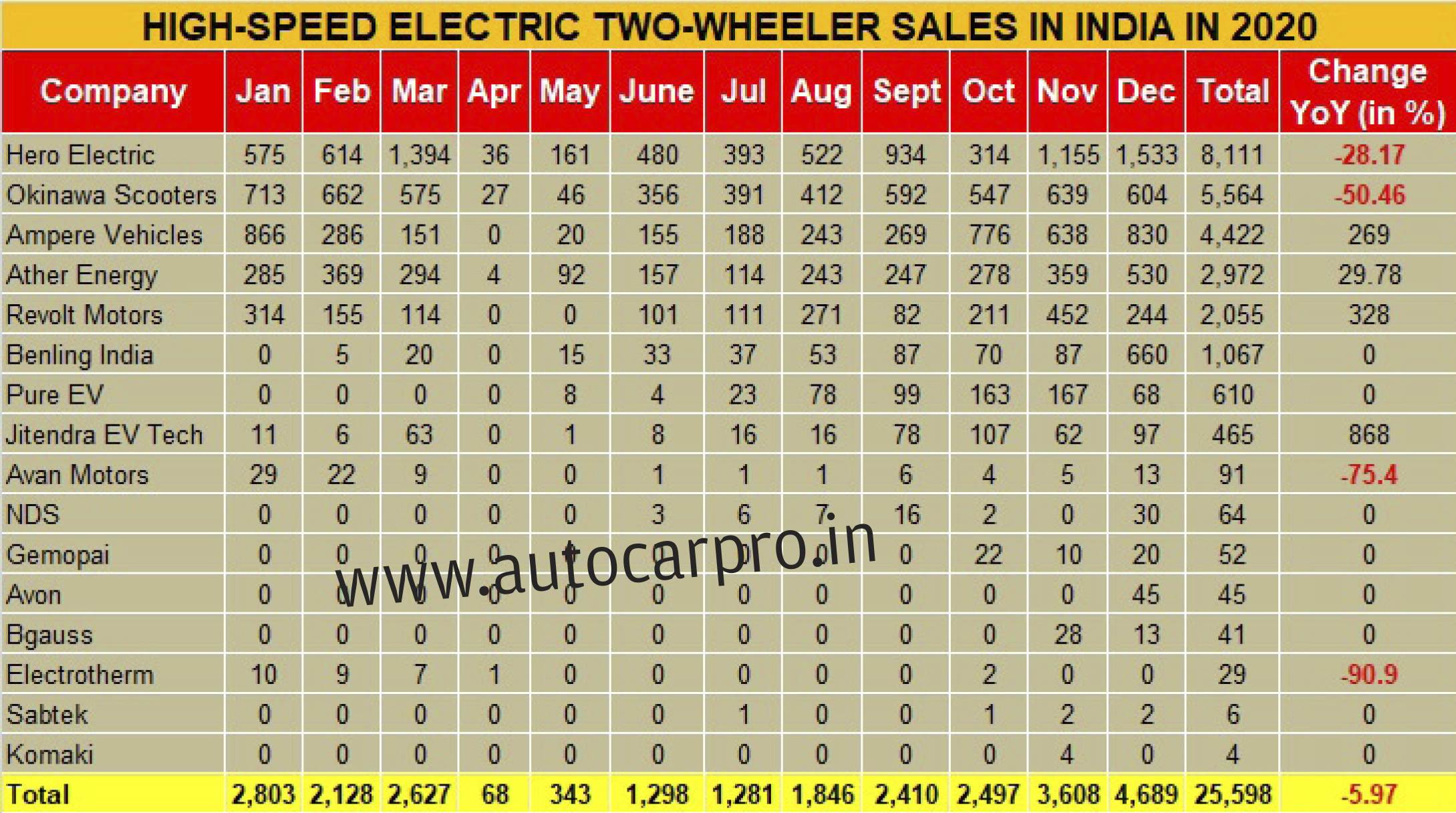 What has helped the market leader (Hero Electric) has been the brand’s push to establish a strong network, partnerships as well as B2B clients that have allowed it to reap the benefits of being the early mover in the electric two-wheeler industry. The company, which has a100,000 units-per-annum capacity plant in Ludhiana, manufactures a varied range of products at different price-points.

One of the youngest players in the e-two-wheeler industry is Bangalore-based Ather Energy. The start-up reportedly sold around 2,972 e-scooters, compared to around 2,290 units in CY2019. The company currently sells only one model, the Ather 450X in the domestic market and is seeing increasing demand, even as it goes about expanding its retail network in the country.

One of the crucial challenges for the overall electric vehicle industry in the country has been to meet the stringent norms under the FAME II scheme to be eligible for subsidiaries. This includes phase-wise localisation of key parts, which has been a matter of debate, as the low sales volumes have impacted the creation of a local supply chain. But nonetheless, the electric two-wheeler is surely ramping up its appetite to drive the adoption of green vehicles.

The electric two-wheeler industry has been leading the charge for the overall EV industry in the country. This year will see Ola Electric, which has announced the setting up of the world’s largest electric two-wheeler plant in Tamil Nadu. The 2-million-units-per-annum facility is slated to go on stream by mid-2021.