The revised FAME II Scheme, which has now been extended to March 21, 2024, will give a fillip to EV sales, particularly two-wheelers. 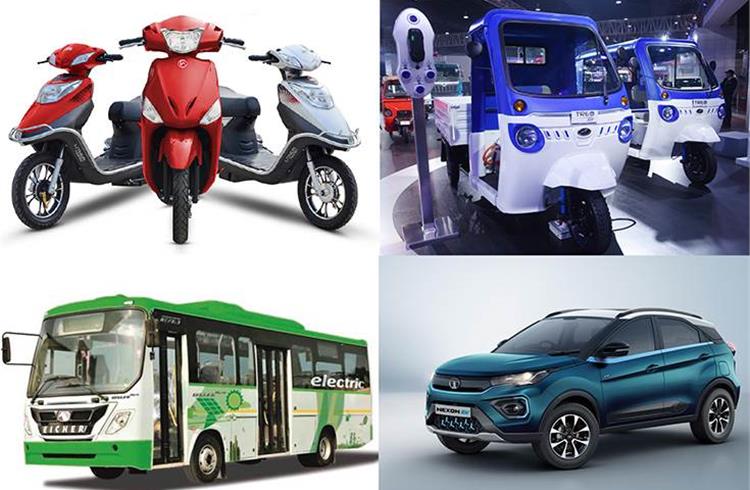 The government of India’s ambitious FAME II (Faster Adoption and Manufacturing of Hybrid and EV) scheme has now been further extended by another two years to March 31, 2024, from the earlier closure of March 31, 2022.

The FAME II scheme, introduced to drive greater adoption of EVs in India, was launched with a massive budget outlay of Rs 10,000 crore in April 2019, to support 7,000 e-buses, 500,000 e-three-wheelers, 55,000 e-passenger vehicles and a million e-two-wheelers. However, it seems to have missed its desired outcome by a huge count.

Randheer Singh, senior specialist, NITI Aayog said, “The Union government of India and its ministries are firmly committed to transforming the way the nation commutes. We have been in talks with all the stakeholders in the industry and after numerous deliberations, we felt announcing the amendments to the existing policy will help drive up adoption of electric two-wheelers in the country. The time is right for the country to make the shift to a cleaner mode of transport and free our cities from harmful pollutants emitting from fossil fuel vehicles.”

Welcoming the decision, Sohinder Singh Gill, CEO, Hero Electric said: “The revision in subsidies on batteries and EVs overall under the FAME policy is just the move the industry needed to drive adoption of electric vehicles. Having had one of the best years in terms of sales despite the pandemic last year is a testimony that the market is ripe for a major push towards shifting towards a cleaner mobility solution. We have seen a major spurt in the adoption of our City Speed Series in the last two years and with this additional subsidy, we expect a multi-fold increase in the sale of such models. With such industry friendly moves from the policy makers, we expect the market to further touch 5-7 million units on road over the next 5 years.”

Apex industry body SIAM has welcomed the two-year extension. In a statement, Rajesh Menon, Director General, SIAM, said: “The Indian automobile industry has been severely impacted by the onset of the Covid-19 pandemic since March 2020 and the momentum towards electrification has also got affected. However, as the technology is maturing and the ecosystem is settling in, SIAM members would look forward to accelerating electrification in the coming years. It is in this context that the notification of the Ministry of Heavy Industries of extending the FAME India Phase II Scheme for a period of two years till March 31, 2024 is a very welcome and positive step.”

A spokesperson for Ola said: “Great to see FAME II extended. It will help make EVs accessible to more people. With Ola Futurefactory and our upcoming soon-to-be-launched scooter, we will accelerate this transition.”