The EV policy is aimed at reducing air pollution and creation of new jobs to revive the state’s economy. 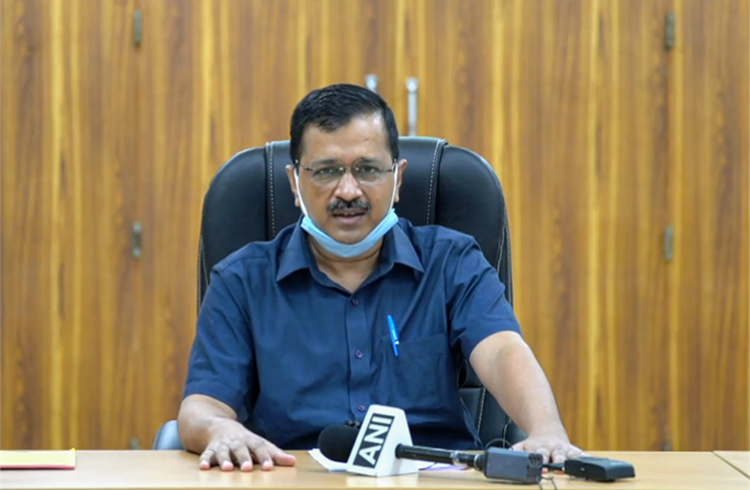 Arvind Kejriwal: “We are hopeful that Delhi will see registration of over 500,000 EVs over the next five years.” 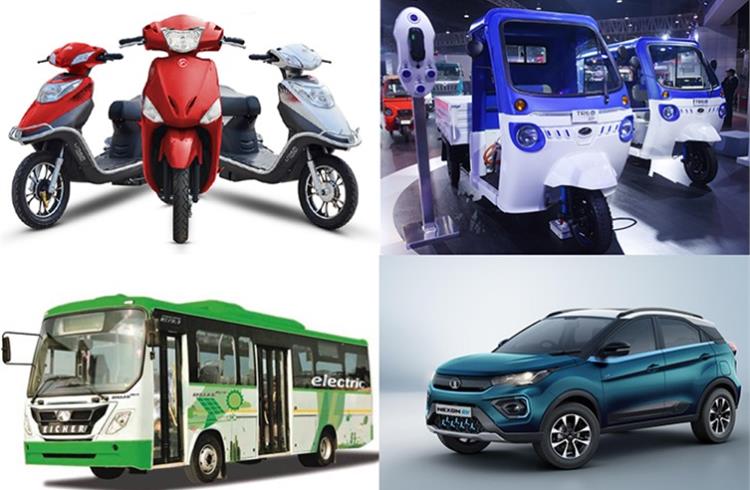 Delhi’s EV Policy offers incentives to buyers: up to Rs 30,000 off on two-wheelers, auto and e-rickshaws, and goods carriers; and up to Rs 150,000 off on passenger vehicles.

The policy aims at reducing air pollution in the capital city which, according to the chief minister, has seen a 25 percent reduction already over the past five years, and now needs to be further brought down. Furthermore, the minister directed at the specific need of creating more jobs and reviving the state’s economy as it has undertaken a serious impact due to Covid-19.

According to the Delhi chief minister, “The Delhi EV policy is one of the better policies among all those announced around the world, targeted to curb air pollution. We also aim to give a boost to the economy of Delhi after getting a major setback due to coronavirus. This policy will give a strong impetus to the economy of the city.”

500,000 EVs by 2024
In principle, the Delhi EV policy aims to register 500,000 electric vehicles in the city by 2024, driven by a flurry of incentives offered by the state government through its newly incorporated ‘State EV Fund’ as well as the State Electric Vehicle Board which will be chaired by the transport minister – Kailash Gahlot.

A dedicated EV Cell is also being established to implement the policy at the ground level. While after today’s notification, the policy has been rolled out for the next three years, according to the minister, “We will keep reviewing and updating it on time to time.”

“The policy shows the intent and direction of the Delhi state government,” he added.

- Increase EV registrations in the city to 25 percent of total vehicles sold by 2024. The number currently stands at 0.2 percent.

- Create new jobs including driving, selling, financing, servicing and charging of EVs. Focus on bringing in new types of jobs.

- Offer incentives over and above the FAME II scheme.

Incentives on buying EVs
While the central government has in place its FAME II scheme for accelerating adoption of EVs by offering various incentives to prospective customers, the Delhi EV policy too has lots in store for those sitting on the fence.

“EVs are very expensive today and are out of reach of the common man. Therefore, to ensure that majority of people are able to buy them, we are announcing various incentives,” said the CM.

The segment-wise incentives as announced by the chief minister are as below:

New scrapping incentive, registration waiver
While all these benefits will be offered over and above the FAME II scheme and will be applicable on both fixed as well as swappable battery vehicles, the Delhi government, however, has also announced a vehicle scrapping incentive for the first time every by any state in the country.

According to the CM, “If a person exchanges their old conventionally powered vehicle with a new EV, the scrapping incentive will be given.” However, the amount was not disclosed in the CM’s public address.

A network of charging stations
To aid convenience to EV users and address the range anxiety challenge, the Delhi EV policy also talks big about setting up of charging infrastructure in the city. While the state government is offering a 100 percent subsidy on charging equipment costing up to Rs 6,000 per unit, subject to a limit of 30,000 chargers, the CM today also announced to set up 200 charging stations in the city within the next one year.

“Our target is to eventually end up having one charging station in every 3km radius,” the CM said.

Moreover, to ensure that the youth gets relevant jobs, the minister also announced that EV-related training will be imparted by the government so that people become employable in new roles coming up with the transformation of the mobility ecosystem in the future.

“We are hopeful that Delhi will see registration of over 500,000 EVs over the next five years. EVs are the talk points around the world today and this policy is such that we expect that Delhi will rank higher in the global tally five years down the line,” remarked Kejriwal.

SMEV and captains of industry laud Delhi EV Policy
The comprehensive Delhi EV Policy has already drawn praise from industry. Sohinder Gill, director general, Society of Manufacturers of Electric Vehicles (SMEV), said: “Finally, we have the much-awaited EV policy out for Delhi. We thank the Delhi government for implementing the policy that extensively covers key measures required by the industry to move in the right direction. It has a defined target and timeline that has potential to make the capital one of the leading states in terms of electric vehicle adoption. Most importantly, this policy will provide more push to the existing EV architecture than the current FAME II scheme. The customers who were unable to get subsidy under the Central government’s scheme due to certain restrictive norms, now have a chance to avail subsidy under this scheme. It has also set an example of how a policy can run without using exchequer money. Delhi policy in a way is a benchmark for other states’ policy to follow that are based mostly on attracting manufacturers rather than catalysing demand.”

Gill added, “The only small missing point in the policy is that it doesn’t support lithium battery e-scooters with speeds up to 25kph. These e-scooters are particularly popular with Delhiites because of their attractive prices and extremely low running costs. With a bit of support of the Delhi government, the adoption of such e scooters would have grown multi-fold. We hope the government would look into it and make some amendments in the future.”

Mahesh Babu, MD and CEO, Mahindra Electric Mobility: “We thank the Delhi and Telengana government for quickly notifying robust and well-thought EV policies that will further boost the electric vehicle sales in the respective states.  Both the EV policies are aimed at faster adoption of EVs both in personal and shared mobility segments. Extending the incentives to personal buyers will further help the development of the entire ecosystem. The open-permit system for electric autos in Delhi with the vision of promoting zero-emission last and first-mile commute will promote green commute in the capital. The policies are in-line with India's aim to reduce its oil-import bill and air-pollution.”

Naveen Munjal, MD, Hero Electric: “I would like to congratulate the Delhi government on launching the new electric vehicle policy that will go a long way in boosting Delhi’s economy, creating jobs and reducing air pollution in the national capital. The incentives declared under this policy will be beneficial to the customers and will certainly help Delhi achieve its goal of electrification of vehicles. I would like to express my gratitude to the CM, Arvind Kejriwal and his team for his vision and for this progressive policy and hope that it will inspire other states in India to adopt similar measures.”

Nagesh Basavanhalli, MD and CEO, Greaves Cotton: "The EV Policy announced by the Delhi government is a welcome step in the right direction as it will encourage the adoption of electric vehicles in the capital and will set an example for other states to follow. The new policy providing incentives worth Rs 30,000 on electric 2-wheelers and 3-wheelers, along with loan facilities on low-interest rates will not only boost the EV adoption, but also generate employment opportunities; which is much required considering the current scenario. Taking a step further, the policy also talks about strengthening the infrastructure by setting up 200 charging stations. This will go a long way to create a sustainable ecosystem that will impact us and the next generation in a positive way.”

Jitendra Shah, MD ,Jitendra New EV Tech said: “We applaud the Delhi government's move of approving the Delhi EV Policy. It would provide positive momentum in a time when the industry is weathering the adverse effects of Covid-19 pandemic. We hope that these fiscal and non-fiscal incentives, will help the industry in not only coming back to its feet but also to take steady strides ahead.”

Anumita Roychowdhury, Executive Director (Research & Advocacy): Centre for Science and Environment: “It is commendable that this much-awaited notification has happened despite the ongoing Covid-19 crisis and economic slowdown. In fact, this policy is being seen as a stimulus strategy to boost jobs and economy.”

“This step in Delhi can not only accelerate zero emissions trajectory to reduce air pollution and toxic emissions from internal combustion engines, it can also have a national spin-off. According to the last available Road Transport Year Book of the Ministry of Road Transport and Highways in 2016-17, Delhi is ninth among all states and top among all cities in terms of cumulative vehicle registrations.”

Samir Yajnik, Executive Director, Electra EV: “The most significant benefit of electric mobility is the potential to create a better environment. The national capital will surely benefit from the proliferation of EVs, as the new policy envisages BEVs standing at 25% of all new vehicle registrations by 2024. The new policy will provide a much needed fillip for demand generation as the incentives are all-inclusive and in addition to what FAME II provides. We welcome the new Delhi Electric Vehicle policy with open arms and hope that more states would follow.“

Maharashtra wants to be a major EV hub too, renews approach to be investors’ favourite