Coimbatore-based Srivaru Motors plans to launch Prana electric performance motorcycle which does 0-60kph in below 4sec, has a top speed of over 100kph and a riding range of 120km on a single charge.

By Sumantra B Barooah & Mayank Dhingra

Srivaru Motors' Prana promises to deliver 0-60kph acceleration in under 4sec, a top speed of over 100kph, and a riding range of over 120km on a single charge. 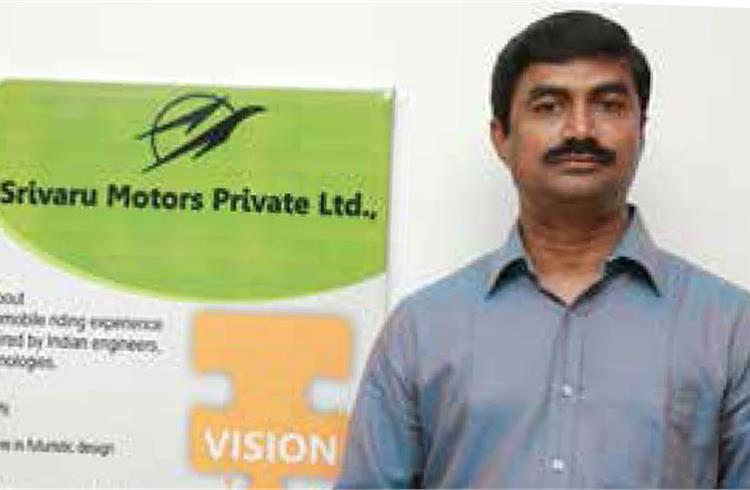 Srivaru Motors' Mohanraj Ramasamy: "If you have to build a disruptive technology, you have to do it very differently from the conventional players."

The emerging electric mobility industry in India is set to see another start-up. Coimbatore-based Srivaru Motors plans to launch a performance electric motorcycle by this festive season.

The start-up is floated by Mohanraj Ramasamy, an engineer who has experience of working at probably the most disruptive start-up in the EV ecosystem globally — Tesla. Ramasamy, commonly known as Mohan, returned to India after residing in California for over 20 years. Mohan aims to emulate Tesla's model of sustainability, leadership and scaling up from frugality

Prana power
The motorcycle, called Prana, is set to be India's first electric performance motorcycle and is expected to be an equivalent of a conventional midsize motorcycle, in terms of cost. Mohan also claims that the e-motorcycle will also have some "self-healing" components.

The Prana — a registered trademark now — will come powered by an electric motor churning out 35Nm of peak torque, good enough to propel the 160kg motorcycle from 0-60kph in less than four seconds, hinting at electrifying performance. It will have a top speed of over 100kph and a real-world range of 126km from its fixed Li-ion battery, both figures being claimed by the company as of now. 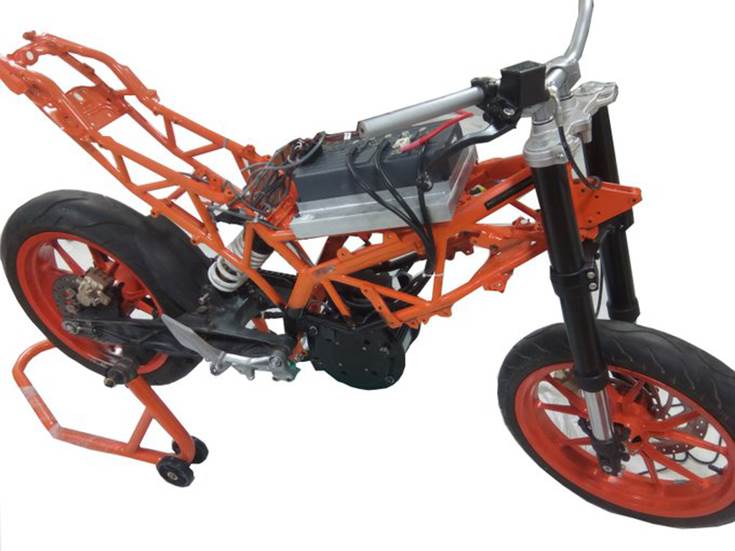 Srivaru Motors has till now built five 5 prototypes, each with its own specific highlights. The fifth prototype Prana is the most efficient (Image: SVM/Twitter).

The Prana will have four riding modes including a reverse mode and will be offered in three variants — Class, Grand and Elite. While the Elite will have a riding range as high as 250km, the Grand will come with a 126km range. Srivaru Motors is keeping the Class open-ended and, with its integrated software platform for manufacturing and distribution, will take customer feedback on  performance and range desired, and at what price points.

The Prana will compete with players in the midsize 300cc segment such as the KTMs and the Royal Enfields. The ground-up motorcycle has been designed and developed in-house at the company's control centre in Coimbatore.

The manufacturing strategy
Initially, Srivaru Motors will produce up to 30,000 units annually at Coimbatore. It plans to outsource production and scale up to 200,000 units within 18 months of launch. Most likely, the outsourced assembly will be done in Chennai and in upper parts of Karnataka, such as Mangalore, to also cater to the Maharashtra belt. The company is eyeing close to 25 retail outlets in these areas in the initial phase, before expansion across other parts of the country.

Speaking exclusively to Autocar Professional, Mohan says: "If you have to build a disruptive technology, you have to do it very differently from the conventional players."

Talking about price, while the founders haven't disclosed any indicative pricing as of yet, they are claiming the lowest TCO (total cost of ownership) in the segment, even after including a financing option. "We have worked upon five critical areas —styling, range, durability, TCO and service. We are very confident that even if a newcomer company such as Tesla can build products like what customers want, they succeed better than even the most established names," says Mohan.

While the Prana will have a 70 percent localisation structure at launch, the company has higher localisation targets on the horizon if the volumes support it. "Our prime focus right now is to get the product right for the market," remarks Mohan.

Srivaru Motors has seen strategic investments into the venture by some serial entrepreneurs. While no VC has invested into it thus far, the company might seek more capital as it sees need for expansion in the future.