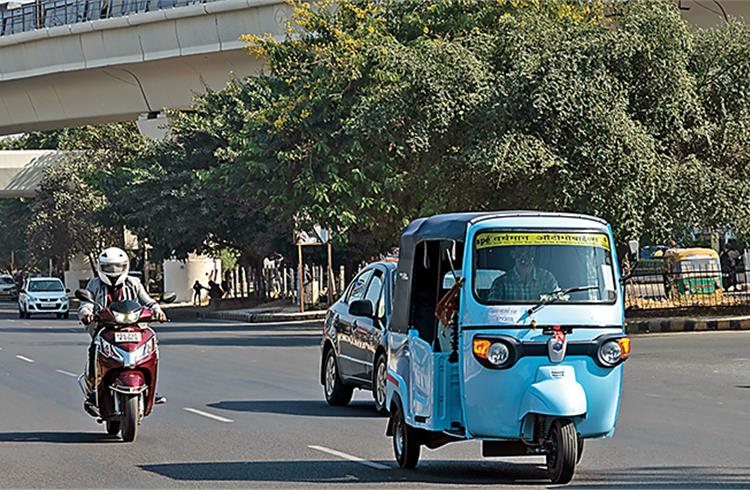 The shift towards greener mobility options in the three-wheeler industry, both passenger carrying as well as cargo transportation, is happening in India. As per the latest industry statistics for the three-wheeler sector, sales of both petrol- and diesel-engined models have dropped by 23% year on year in the April-September 2021 period. In comparison, sales of CNG-, LPG- and electric-powered three-wheelers are up 346% (from 13,407 units in H1 FY2021 to 59,834 units in H1 FY2022).

Meanwhile, the electric three-wheeler  segment is also witnessing strong demand. In H1 FY2022, it clocked sales of 7,401 units, up 510% YoY (April-September 2020: 1,213). Mahindra Electric, with its Treo passenger and cargo carriers and Alfa passenger carrier, accounts for 4,927 units. While the Mahindra Treo dominates the electric 3W passenger segment with 3,789 units (51%), Piaggio Vehicles with 1,373 units of the Ape E-Xtra FX is the leader in e-3W cargo carriers.