A week after it launched tyres for electric cars, the company has expanded its EV portfolio to two-wheeler tyres. 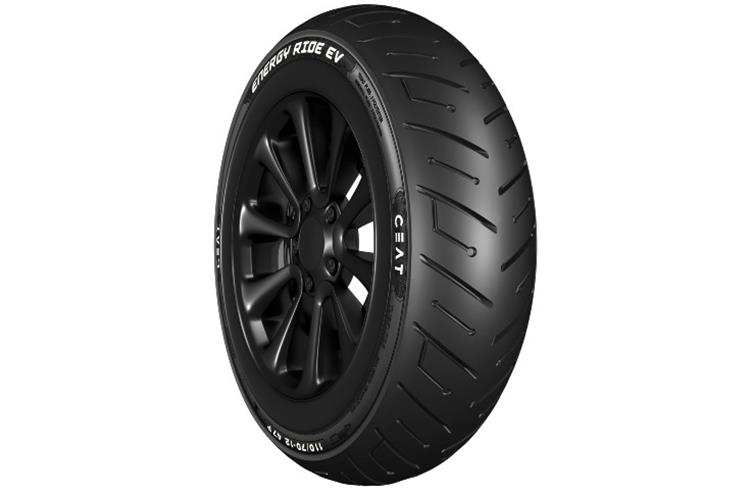 If the race is on among two-wheeler OEMs to ride the surging wave of demand for electric two-wheelers, then a similar one is on among tyre manufacturers. Ceat is the latest to plug into the EV two-wheeler tyre market. The company has launched its EV-specific tyre called EnergyRide EV.

As per the company, EnergyRide EV is designed to maximse the performance of an EV scooter and its tyres. EV scooters have higher torque as compared to their internal combustion counterparts. The higher torque is instantly available to the rider as he/she starts the scooter. Traditional two-wheeler tyres are not equipped to manage this torque and weight.

Ceat says its “EnergyRide EV range of tyres come with a unique ‘Circuit Design’, which provide better grip in high torque and instant acceleration through superior water channelling. It also distributes the force exerted on the tyres evenly around the tyre, thus reducing wear and tear of the tyres and eventually helping them to last longer. EnergyRide EV tyres are incorporated with a special rolling resistance compound which reduces the energy loss during motion. The lower rolling resistance provided by the EneryRide EV tyres aids an electric scooter to save energy and provides the desired extended range to the scooter.”

Ceat, like Apollo Tyres, TVS Srichakra and a few other tyre manufacturers are keen to make the most of the fast-growing demand for electric two-wheelers in India. In the six-month January to June 2022 period, a total of 240,662 e-two-wheelers were sold and accounted for 3.6% of total two-wheeler retail sales in first-half CY2022 (66,95,434 units).

On July 28, Ceat had announced its entry into the EV tyre market with a range of EV-specific tyres for four-wheelers called EnergyDrive.