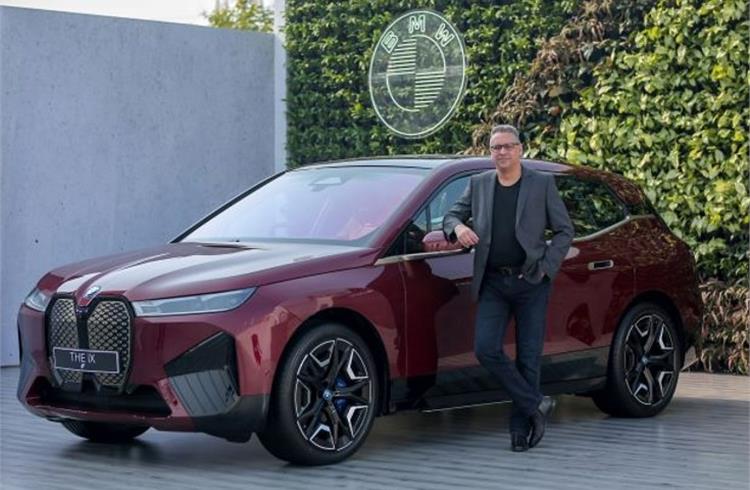 German luxury carmaker BMW has announced that it has registered its best-ever half- yearly sales in India in the first half (H1) of this calendar – CY22, with the Group’s passenger car divisions – BMW India and Mini – clocking cumulative sales of 5,570 units between January and June. While BMW models went home to 5,191 buyers and registered a notable year-on-year (YoY) uptick of 65.4 percent (H1 CY21: 3,138), Mini sold 379 units to record a 50 percent YoY uptick.

Sales of motorcycle division BMW Motorrad too were at 3,114 units and registered a 56.7 percent YoY uptick. According to Vikram Pawah, president, BMW Group India, “Despite the turbulence caused by various factors in the domestic and international market, we have achieved the best-ever half-yearly sales performance for BMW, Mini and BMW Motorrad.”

“This success underpins the enormously strong demand for BMW Group products in the luxury car and premium motorcycle segment in India,” he added.

SUVs continued to dominate the luxury car marque’s sales in India and its range of products, including the X1, X3, X4, X5 and X7 constituted over 50 percent of the total volumes between January and June this year. The 3 Series Gran Limousine and the BMW 5 Series too maintained their momentum in the luxury sedan segment. BMW had also forayed into the EV segment closer to the end of last year, with the launch of the all-electric iX SUV in December. The iX comes as a completely built unit, priced at Rs 1.16 crore, ex-showroom and rivals the Audi e-tron SUV and Sportback, Mercedes-Benz EQC and Jaguar I-Pace.

On March 4, the company rolled out its 100,000 the locally-assembled car – a BMW Individual 740Li M Sport Edition - from its Chennai plant in Tamil Nadu. For Mini India, the locally assembled Mini Countryman crossover commanded a 45 percent share with 329 units delivered to customers.

Motorcycles business
While its range of premium and litre-class motorcycles that includes the likes of the BMW F 850 GS /GSA, R 1250 GS / GSA and S 1000 RR were the key drivers for BMW Motorrad India, the bulk of the volumes were collectively delivered by the two entry-level motorcycles – BMW G 310 R and G 310 GS – which have been jointly developed with TVS Motor Company. Both models dominated BMW Motorrad India H1 CY22 sales with 90 percent contribution and went home to close to 2,800 buyers. The two bikes were given an update in December 2020, and had also received a notable price reduction, while the company had also launched a premium maxi-scooter – the BMW C 400 GT in 2021.

Like most carmakers even BMW is battling the global supply chain constraints and chip shortage, with a majority of its products in India being sold out. While it is managing to match the huge demand, the silver lining is that the company’s order books are full and “the pipeline for the coming months is quite solid”.