Bajaj Auto has now widened the net over the last four months so that it has more options to choose from and this will hopefully alleviate the supply chain woes to an extent. 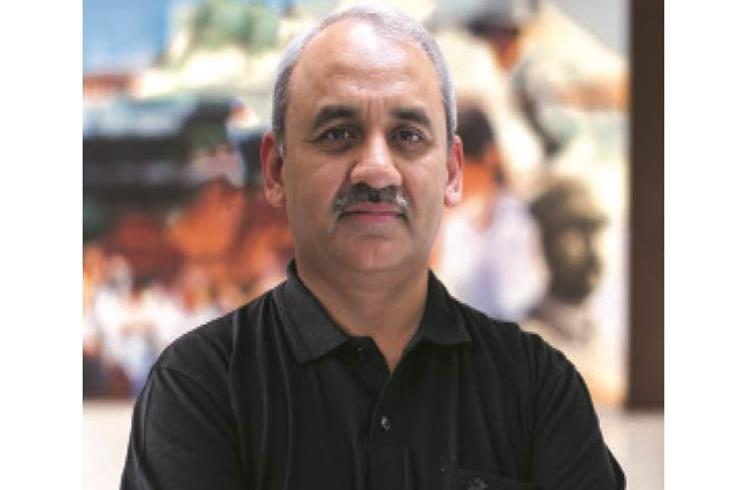 Rakesh Sharma, Executive Director of Bajaj Auto, has reiterated that the company will have to “ride both horses” for a period of time while referring to electric and the internal combustion engine (ICE) which remains the mainstay of its business.

“Had the transition (to electric) been swift, we could have done everything within Bajaj Auto. However, we felt this would take time and it was, therefore, important for a nascent emerging sapling — which will remain so for a while — to get undivided attention and decided to create Chetak Technology,” Sharma said during a recent roundtable at the corporate headquarters.

These two businesses will, therefore, have to be managed in different ways for a considerable period of time. The ICE story “will not get over in a hurry” and even assuming that 50 percent of the two-wheeler segment becomes electric by the end of this decade (which by itself could seem an optimistic estimate), Bajaj Auto will still have to manage the balance 50 percent.

“We know electric will be a substantial business directionally and we are building capabilities to succeed,” said Sharma while pointing out that it was difficult to put a timeframe on Chetak Technology’s growth curve and breakeven. These projections “are easier in an ICE regime” but not in electric though “we are getting future-ready”.

Akurdi is also home to the new product initiative now underway with startup, Yulu, and October will see the handover happening. Sharma admitted that he was excited about this segment. “I spent time meeting delivery people in Bengaluru and enjoyed the experience. E-commerce and food delivery companies are really creating an interesting segment,” he said.

This partnership with Yulu is also giving Bajaj Auto a lot of lessons which will hopefully allow it to provide product solutions that can then be funneled into its own plans. Whether this will be under the Chetak brand is still undecided as it will depend on the product form “on which we will expand”.

Sharma added that the company would broaden the Chetak portfolio up and sideways while staying with the present form. “This industry is not too large and there is no point making subsegments right now. However, when it becomes larger, people’s preferences will become meaningfully different,” he said.

Bajaj Auto is looking at 3-4 sub-segments emerging in some years and will, in the “same ethos of Chetak”, have different products to address them. The market can be divided on price, age, gender etc and the Chetak portfolio will expand accordingly.

“It could be Chetak and perhaps even new EV brands like Pulsar electric which will be part of Bajaj Auto. In 3-wheelers, the brand is RE. KTM is keen on electric too and if there is a Husqvarna scooter, it could come here,” said Sharma. Electric as a subject has not been discussed with Triumph, Bajaj Auto’s other global ally, thus far.

Sharma said he was very enthusiastic about Chetak’s overseas prospects especially in the ASEAN region where countries like Vietnam sell 3.5 lakh electric two-wheelers per annum. Along with Thailand and Indonesia, the net tally was 10 million units annually comprising 35 percent scooters, 55 percent step-through with motorcycles accounting for barely 8-9 percent.

Japanese brands dominate the scene and Bajaj Auto has only motorcycles to offer so far. “With electric emerging rapidly now and if the momentum increases, it will be a great opportunity for us. We hardly have any ICE in ASEAN but right now the supply chain is an issue and some stability is needed,” he said.

At present, it looks as if the chip crisis will take two years to settle down and volatility will continue. The company has suffered more in recent months since it has worked with fewer established vendors to manage innovation and quality. “Once you know the product well, you can go to a smaller vendor but in the learning phase, we needed big global vendors who were affected,” said Sharma.

Bajaj Auto has now widened the net over the last four months so that it has more options to choose from and this will hopefully alleviate the supply chain woes to an extent. “I expect the rollercoaster ride to continue and we need different solutions to cope with the crisis,” he said.