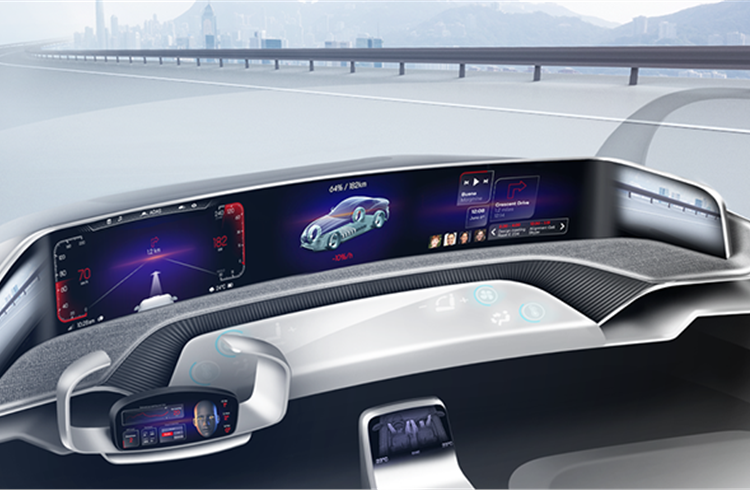 A look inside virtually any modern automobile is enough to tell you that screens are taking over the interiors. Not only are they increasing in size, number and prominence, digital displays have become the focal point of dashboard design.

Love it or loathe it, this trend isn’t going away soon. Speaking to Autocar India, Sachin Lawande, president and CEO of Visteon – a global leader in automotive cockpit electronics – said what’s driving this trend are three factors: user expectation thanks to familiarity with smartphones and tablets; ADAS, which needs a screen to display all the functions; and smart phone integration systems like Android Auto and Apple CarPlay, which are increasingly playing a larger role in automotive electronics.

Taking over in-car controls
Lawande says, “Today, to support CarPlay, the display has to be a minimum of 8 inches and a certain resolution, and as they go forward, they are mandating bigger screen sizes because it can show more information and they can do it in a less distracting way.”

Beyond screen size, both Android Auto and Apple CarPlay are also influencing the number of screens in cars as they now plan on deeper vehicle integration and control. Both have announced their intent to take over control of core vehicle functions like the AC and powered seats. As Lawande puts it, “Basically, CarPlay and Android Auto will allow the phone to project information on up to three screens –the centre stack, the instrument cluster as well as a display on the passenger side, and that’s going to be soon available in all vehicles.”

As mass manufacturers offer multiple screens and larger display sizes, this will have a knock on effect on the luxury segment which will be forced to up the ante and go in for even bigger screens. As Lawande explains, “Most screens are currently 7 and 8 inches, but in the near future, 10 inches will be the standard. And what this does is put pressure on luxury manufacturers, who, in a desire to differentiate, will be forced to go in for larger screens. So we are, in fact, working on a 48-inch wide display, pretty much pillar to pillar.”

Voice is the future
However, all manufacturers are not in the race for bigger screens. In fact, when Tata Motors presented its Avinya concept, the company made it quite clear that it believes that voice, and not screens, will be the future of the automobile interior. The Visteon head also concurs saying, “Voice is becoming a very credible solution. You’re not having an evening conversation with the car, you are commanding it to do certain things. So, there is a limit to the range of things you can say, which is actually helpful in improving the accuracy.”

According to Lawande, Visteon is also invested heavily in voice activation and its collaboration with Mahindra – where it also supplied the large twin screens – is an example of advanced voice control. “In order to enable the shift to voice you cannot do that with ECU architectures of today,” he says. “The processing demands on that require a shift to a different architecture, ethernet based and more processing capabilities like SmartCore on the XUV700 and you can see it offers a lot of voice capability, and it’s also very accurate.”

So, while screens will certainly be a major aspect of a car’s interior, in the long run voice control which is getting more and more accurate thanks to Artificial Intelligence (AI) could be how they could emerge as the dominate vehicle interface with screens playing a supporting role. Thus, in the future, we’ll likely be having more conversations with our vehicles rather than touch interactions.