By providing Lynk & Co with production capacity at its Ghent plant, Volvo Cars is backing the expansion of the new car brand in Europe and further diversifying its business. 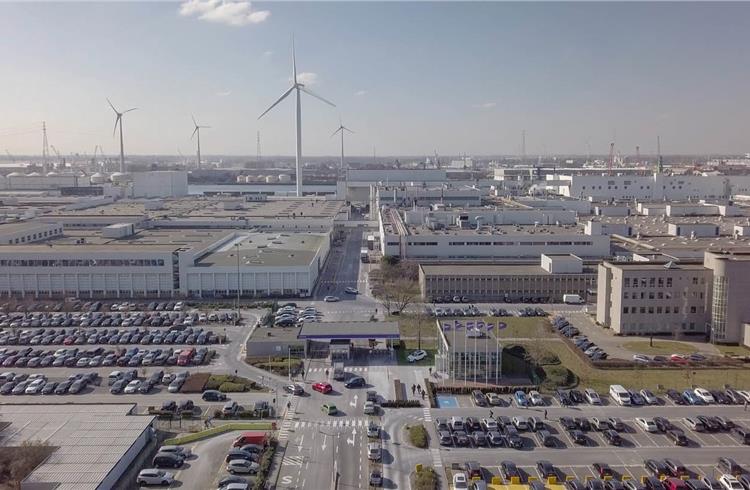 Volvo Cars is produce cars for the new car brand Lynk & Co at its manufacturing plant in Ghent, Belgium from late 2019.

The announcement represents a closer collaboration between the two companies, following Volvo Cars’ acquisition of a 30 percent stake in Lynk & Co last year. Lynk & Co was launched as a new volume brand by Zhejiang Geely Holding, the owner of Volvo Cars, in 2015.

By providing Lynk & Co with production capacity at its Ghent plant, Volvo Cars is backing the expansion of the new car brand in Europe and further diversifying its business.

“We see a big potential for this new brand entering the European market and we are happy to give Lynk & Co the support of Volvo’s technological and industrial expertise,” said Håkan Samuelsson, president and CEO of Volvo Cars.

Joint production with Lynk & Co will also have a positive effect on cost levels, employment and production volumes at the Ghent plant, while generating further economies of scale related to the Compact Modular Architecture (CMA) used by both Volvo Cars and Lynk & Co.

“Our Ghent plant is one of the most efficient car manufacturing plants in Europe with a highly skilled workforce,” said Javier Varela, senior vice-president for manufacturing and logistics at Volvo Cars. “Lynk & Co’s decision to pick Ghent for their European production demonstrates the high levels of quality control that underpin Volvo’s global manufacturing strategy.”

Focus on EVs
The closer collaboration between Volvo Cars and its sister brand comes as the company is entering a phase of global growth following the complete transformation of its business in recent years.

Volvo Cars is creating a diversified, modern car company that includes an electrified performance arm, a software start-up, a car subscription business, the stake in Lynk & Co and a technology-sharing joint venture that creates synergies within the wider Volvo Car Group and the Zhejiang Geely Holding group.

Ghent is one of two car manufacturing plants operated by Volvo Cars in Europe and has produced Volvos since 1965. At the moment it employs around 5,000 people.

The Ghent plant currently builds the XC40, Volvo’s first entry in the fast-growing small SUV segment, which was named 2018 European Car of the Year last month at the Geneva Motor Show. Ghent also builds the V40 and V40 Cross Country hatchbacks as well as the S60 sedan, and will soon start producing the all-new V60 five-door, mid-size estate revealed in February this year.

Besides Volvo Cars’ holding of 30 percent of the shares in Lynk & Co, Geely Auto owns 50 per cent and Zhejiang Geely Holding 20 per cent in Lynk & Co.