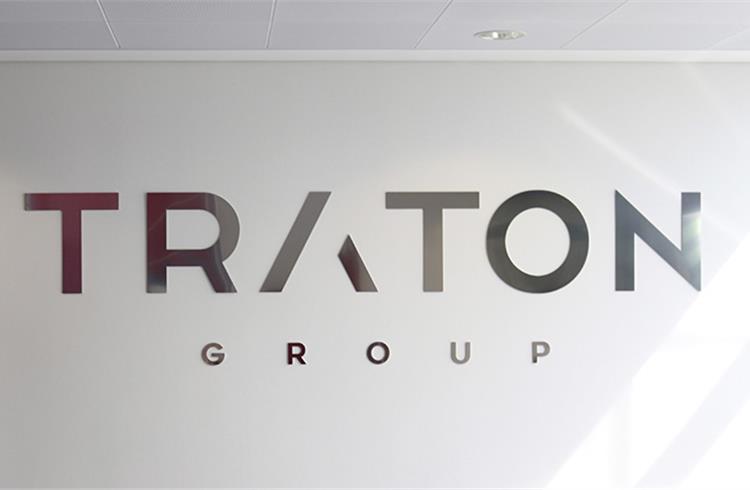 During the first six months of 2019, the Traton Group sold 123,336 vehicles worldwide, up 10% YoY. This growth was driven primarily by the continued favourable development of the core markets in Europe, especially Germany, and Brazil. However, order intakes in the Industrial Business segment at 120,491 units duringH1 2019 was 6% below the same period of 2018, driven by a decline in truck orders in the EU28+2 region, Russia, India, and Turkey as well as lower orders for buses in Mexico, Iran, and Saudi Arabia. The ratio of order intake to sales (book-to-bill ratio) was 0.98 in the first half of 2019.

Andreas Renschler, the CEO of Traton Group and member of the Board of Management of Volkswagen AG, said: “Our IPO in June demonstrates that we at Traton are executing on our goals. Looking forward, we are now running full steam ahead with implementing our Global Champion Strategy and leveraging additional synergies in the entire Group. At the same time, we are keeping a very watchful eye on developments in the market in order to adjust our production with flexibility.”

The Industrial Business segment comprises the three operating units MAN Truck & Bus, Scania Vehicles & Services, and Volkswagen Caminhões e Ônibus. During the first half of 2019, this segment generated sales revenue of 13.3 billion euros (previous year: 12.1 billion euros), with an operating profit of 1,008 million euros (previous year: 787 million euros). The significant increase in sales revenue of 10% was in particular due to the new vehicle business, driven by strong growth in the truck business. There was slight growth in the after sales business.

Christian Schulz, CFO of the Traton Group, said: “We had a strong start to the year and have again improved on our growth of the first quarter. With an operating return on sales of 7.9% for the first half of 2019, we are clearly ahead of the same period last year. Looking ahead to the rest of the year, despite continued worsening economic indicators, we remain confident and reaffirm our targets set for the year. And furthermore, we are fully focused on the launch of the new truck generation at MAN.”

How MAN, Scania and VWCO fared in H1
The MAN brand in H1 2019 recorded unit sales of 54,028 vehicles (+10%). In addition to the boost in the sales of trucks, the MAN TGE van series contributed continued significant growth to this figure. Sales revenue of the MAN Truck & Bus operational unit rose by around 6% to 5.5 billion euros. At 253 million euros, operating profit in the first half of 2019 was down from the prior-year figure (previous year: 285 million euros), which is reflected in an operating return on sales of 4.6% (previous year: 5.5%).

The premium Scania brand sold 51,524 trucks and buses in H1 2019, up 10% year on year. Sales revenue of the Scania Vehicles & Services operational unit rose by around 13% to 7.1 billion euros. As a result of this strong volume growth, operating profit increased by around 34% to 828 million euros during the reporting period. The successful rollout of Scania's New Truck Generation in Latin America and Asia (including India) meant that the previous parallel production of old and new series was ended altogether. The operating return on sales of Scania Vehicles & Services for the first six months of the year was 11.6% (previous year: 9.8%).

During the first half of 2019, truck unit sales of the Traton brands increased by around 12% to 113,112 vehicles, a result considerably above the prior-year figure. This includes the MAN TGE van series (7,266 units), which contributed to the strong growth with more than double the volume from the previous year. Deliveries of buses decreased by around 9% to 10,224 units due to the decline in Iran and Russia.

Truck unit sales in the EU28+2 region were considerably higher than in the previous year, with Germany contributing a tremendous increase to the result. Unit sales of trucks in other EU28+2 markets also recorded positive growth. Growth in unit sales of trucks in South America differed from region to region. Whereas unit sales rose considerably in Brazil, most of the other South American markets posted huge declines. Especially in Argentina, unit sales declined considerably because of the difficult macroeconomic situation. In the remaining markets, in particular truck unit sales in Russia, Turkey, Iran, and India declined sharply year-on-year.

Bus unit sales in the EU28+2 region improved slightly compared with the previous year, largely due to the contribution of the France and Sweden markets. Sales in South America were significantly higher than the same period last year, with a considerable increase in unit sales in Brazil in particular. Unit sales fell short of the prior-year level in the remaining markets, due primarily to sharp declines in Mexico and Iran.