Toyota and Suzuki formalise alliance, buy into each other’s equity

Toyota is acquiring a 4.94 percent equity stake in Suzuki Motor Corp for JPY 96 billion. In turn, Suzuki is buying Toyota shares worth half that amount. 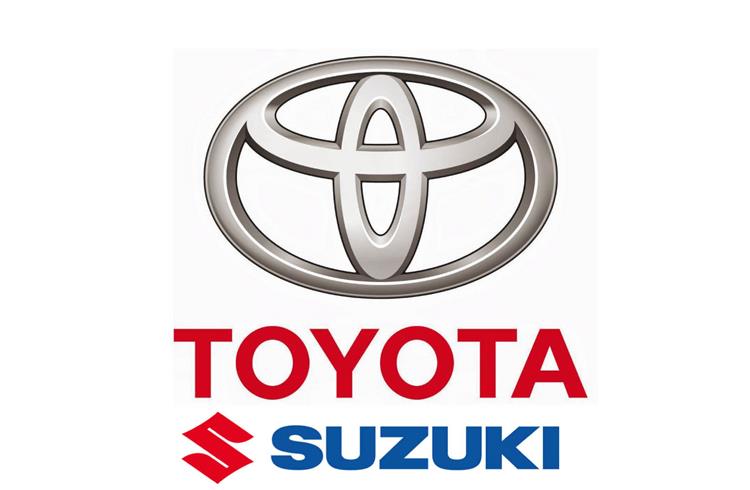 Toyota Motor Corp and Suzuki Motor Corp have announced plans to acquire a financial stake in each other's operations, as part of a move towards a collaborative development programme which includes many activities including autonomous driving. Toyota plans to take a 4.94% stake in Suzuki at a cost of JPY 96 billion / Rs 6,432 crore for 24 million shares. Suzuki, meanwhile, will invest roughly JPY 48 billion (Rs 3,216 crore). in Toyota. The deal is awaiting approval from the foreign competition authorities.

The difference in investment amounts reflects Toyota's inflated value; in 2018, the company became the first Japanese firm to achieve annual sales of 30 trillion yen (Rs 2,010,000 crore), while Suzuki achieved roughly a tenth of that, at 3,871.5 billion yen (Rs 259,390 crore).

A statement from both the Japanese automakers read: "The two companies intend to achieve sustainable growth, by overcoming new challenges surrounding the automobile sector by building and deepening cooperative relationships in new fields while continuing to be competitors, in addition to strengthening the technologies and products in which each company specializes and their existing business foundations.

"Specifically, to take up challenges together in this transitional era, the two companies plan to establish and promote a long-term partnership between themselves, for promoting collaboration in new fields, including the field of autonomous driving."

As is known, the two companies began considering business partnership on October 12, 2016, and since then have continued to consider specific details.

On March 20, 2019, the two companies revealed the first details of a new wide-ranging collaboration, which will involve Toyota producing Suzuki-badged hybrid vehicles based on the RAV4 and Corolla estate for the European market. The two Japanese firms signed a memorandum of understanding to develop a partnership in 2017, and have now agreed ‘concrete details’ of the deal. The two firms say the agreement will bring together “Toyota’s strength in electrification technologies and Suzuki’s strength in technologies for compact vehicles”.

The agreement is also designed to help both firms “grow in new fields”, and will include joint collaboration in production and electrified vehicles. Toyota and Suzuki say they will “continue to fairly and freely compete against each other”.

In India, the Toyota and Suzuki partnership has already seen the launch of the Toyota Glanza, the rebadged Maruti Baleno. The alliance will also see Maruti Suzuki supplying the Vitara Brezza, the Ciaz and the Ertiga to Toyota. The two Japanese carmakers will also make a big push for hybrid electric vehicles in the country with Toyota supplying its hybrid systems to Suzuki. Additionally, they will cooperate to develop a new Toyota C-segment MPV that will be supplied to Suzuki as well.

Cognisant of the fact that the global automobile sector is currently experiencing a turning point unprecedented in both scope and scale, not only because of enhanced environmental regulations, but also from new entries from distinct industries and diversified mobility businesses, the two Japanese automakers intend to achieve sustainable growth, by overcoming new challenges surrounding the automobile sector by building and deepening cooperative relationships in new fields while continuing to be competitors, in addition to strengthening the technologies and products in which each company specializes and their existing business foundations.