SMMT urges next British PM for an automotive-friendly Brexit

UK manufacturing sector stands to lose £50,000 per minute in the event of a no-deal Brexit. 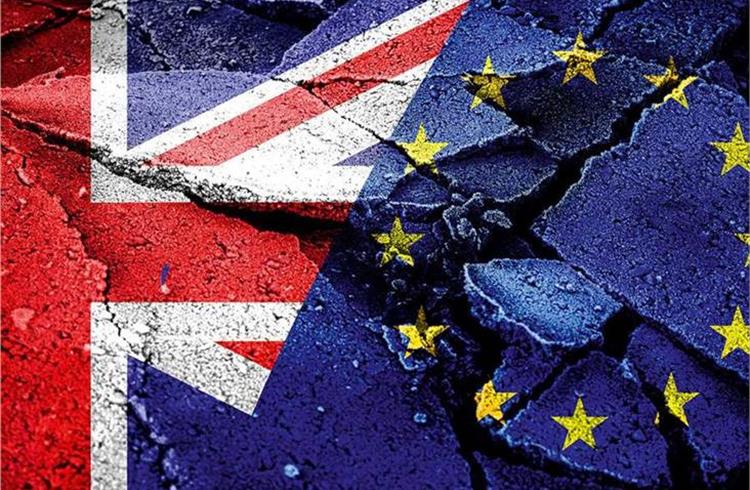 Car industry bosses have called on the UK’s next prime minister to prioritise a trade-oriented Brexit deal, claiming that delays caused by a no-deal Brexit could cost the manufacturing sector £50,000 (Rs 43 lakh) a minute.

That figure comes from a new UK Automotive Trade Report published by the Society of Motor Manufacturers and Traders (SMMT), that looks at the potential costs caused by delays at the UK/EU border.

The SMMT states that, because car production facilities depend on a ‘just-in-time’ operating model, any delayed order of components or materials from abroad would have a significant knock-on effect, which could result in a £70 million (Rs 615 crore) per day penalty in the worst case scenario.

The financial impact of these delays would be compounded by heavy trade tariffs imposed by the World Trade Organisation, amounting to £4.5bn (Rs 39,550 crore) globally for passenger car trade alone, to which the UK would be subjected in the event of a no-deal Brexit.

The SMMT claims the commercial freedom cultivated by the customs union and single market has helped the UK automotive sector grow from £47bn (Rs 413,130 crore) in the wake of the 2009 recession, to £101bn (Rs 887,835 crore) in 2018. This 118 percent increase was due, in part, to the fact that 80 percent of vehicles produced in England were exported to the EU.

According to the SMMT’s report, the UK and EU trade 3.3m new cars annually, with the UK also shipping £5.2bn (Rs 45,718 crore) worth of components and £2.9bn (Rs 25,493 crore) of engines to production facilities across the continent.

Automotive production accounts for 14 percent of all UK goods, with vehicles and parts shipped to 160 countries worldwide. Any threat to the country’s ability to trade affects not just its economic standing, but the livelihoods of the 168,000 people employed across the sector.

The SMMT warns that, without automotive’s £18.6bn (Rs 163,506 crore)-per-year contribution to the national economy, the UK would fall from 10th biggest global exporter of goods, to 14th.

A Brexit deal must, argues the organisation, encourage the survival of both a competitive business environment and healthy market. The SMMT forecasts that an automotive-focussed agreement could increase the UK’s automotive trade value by up to 20 percent.

The SMMT’s chief executive, Mike Hawes, said: “We are already seeing the consequences of uncertainty, the fear of no deal.

“The next PM’s first job in office must be to secure a deal that maintains frictionless trade because, for our industry, ‘no deal’ is not an option and we don’t have the luxury of time.”

In April, the UK car manufacturing sector slumped 44.5% compared with the same period in 2017, as a result of numerous factory shutdowns timed to coincide with Britain’s original EU departure date.

It was the 11th consecutive month in which manufacturing output declined.

Brexit could be ‘opportunity’ for Vauxhall