Renault CEO Luca de Meo views battery swapping "as an interesting opportunity". In 2009, the carmaker had explored the tech with Israel's Better Place. 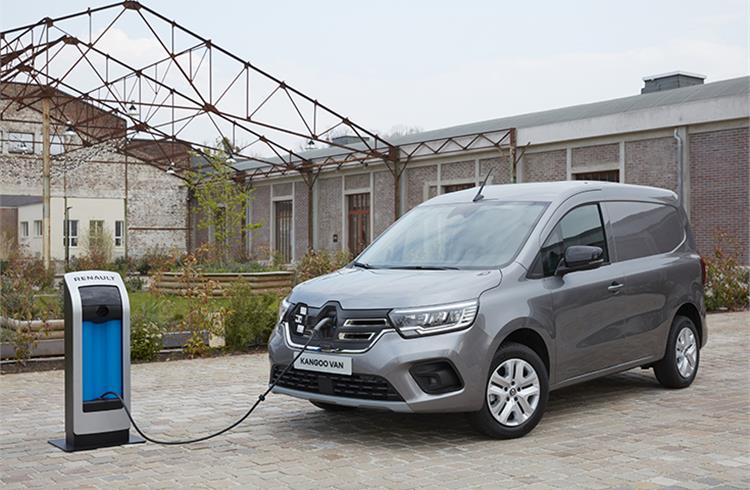 French-carmaker Renault could very well become the first global OEM to deploy battery swapping technology in its electric vehicles to cut down on charging times. This is according to a recent report in the FT.

The information was given by Luca de Meo, CEO, Renault at the Financial Times’ Future of the Car Summit. “I’ve asked our engineers to find the solution to go back to the original idea that was pioneered by Renault around 2010/11 and maybe we’ll see the thing coming on some of the cars. It’s not decided, but I see it as an interesting opportunity. We need to find a pragmatic solution, but from a business point of view, there’s a point separating the battery from the car.”

Past imperfect, future sense?
If the French carmaker goes ahead with the plan, it could mean a revival of the battery swapping programme it had first initiated 12 years ago. In September 2009, Renault and Israel’s Better Place had inked a pact committing to a volume of at least 100.000 vehicles in Israel and Denmark by 2016, creating the world’s first mass market zero-emission vehicle with switchable battery. The EV was to have been based on one of the four Renault concepts presented at the Frankfurt Auto Show including the Fluence Z.E. Concept which previewed the electric version of Fluence.

At the time, the battery could be completely re-charged via a standard charge (between four and eight hours) or an immediate solution (under five minutes) in the form of the 'Quickdrop' – or battery switch technology – which enables vehicles to switch their batteries in less time than it takes to top off an ICE (internal combustion engine) car with petrol. Renault and Better Place collaborated on developing this innovative technology solution for enabling the vehicle to quickly release a depleted battery for a fully charged battery in a matter of minutes. A third option – quick charge – is able to recharge the battery to 80% state of charge in 20 minutes.

Not much is known as to what happened about the battery switching plan between the two firms but in 2013, Better Place is understood to have filed for bankruptcy.

Battery swapping finds takers in Asia
The concept of battery swapping for passenger and commercial vehicles has not found many takers and has been more or less dismissed by OEMs globally. In India, while the industry has been mulling the idea of battery swapping, the first major announcement and commercial project in this regard has been the partnership between Piaggio Vehicles and Sun Mobility. Autocar Professional had broken the news in June 2019, and the partners since then been expanding the service in select markets. 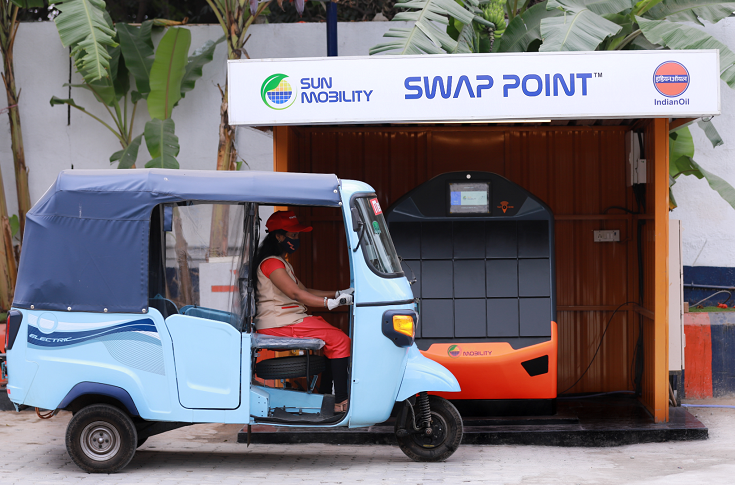 In the two-wheeler segment, another major announcement came in April 2021, between the world’s largest two-wheeler maker Hero MotoCorp and Taiwan’s Gogoro to develop electric vehicles and establish battery swapping network in India.

The concept of battery swapping network has found more acceptance in the Asian continent compared to the European and American network. In the passenger vehicle space, China’s Nio has been working on its network of battery swap stations, which it aims to bring to other countries as well.

In addition to cutting down on charging times, one of the many favourable arguments in the favour of battery swapping has been the ability to reduce the upfront cost of the EVs as the ‘battery could be provided as a service’. This allows the consumer to pay for the actual usage of the battery and thus make EVs more attractive. But the argument around the safety of the batteries has been a major concern.

Renault’s De Meo says there is “potential upside” in finding a solution to the safety issues that arise from separating the high-voltage battery from the car which would pave the way for a battery-swapping service.