‘Smart Cabin’ controller analyses vital signs such as posture, heart rate and brainwaves; switches to autonomous driving when the driver is found to be stressed and also manages the CO2 level in the cabin 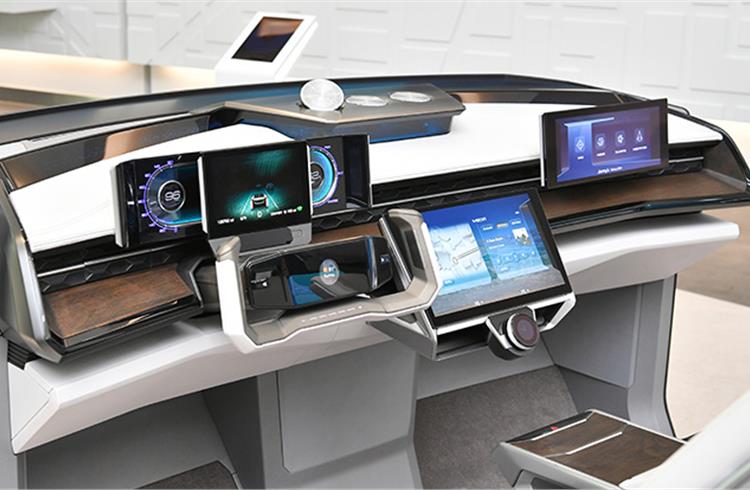 Hyundai Mobis has announced that it has developed an integrated controller that analyses the driver’s vital signs, such as posture, heart rate, and brainwaves.

Dubbed ‘Smart Cabin Controller’ by the company, the technology consists of four sensors for measuring the vital signs of occupants, a controller to analyse such signs, and software logic and designed to analyse vital signs that change in real time.

While there are already controllers that are capable of processing certain vital signs in the mobility industry, this is the first time for a dedicated healthcare controller to be developed that can perform an integrated analysis of various vital signs. With this new controller, Hyundai Mobis says it is now well on the way to realizing safety technology that is focused on the occupants rather than in terms of vehicle performance. 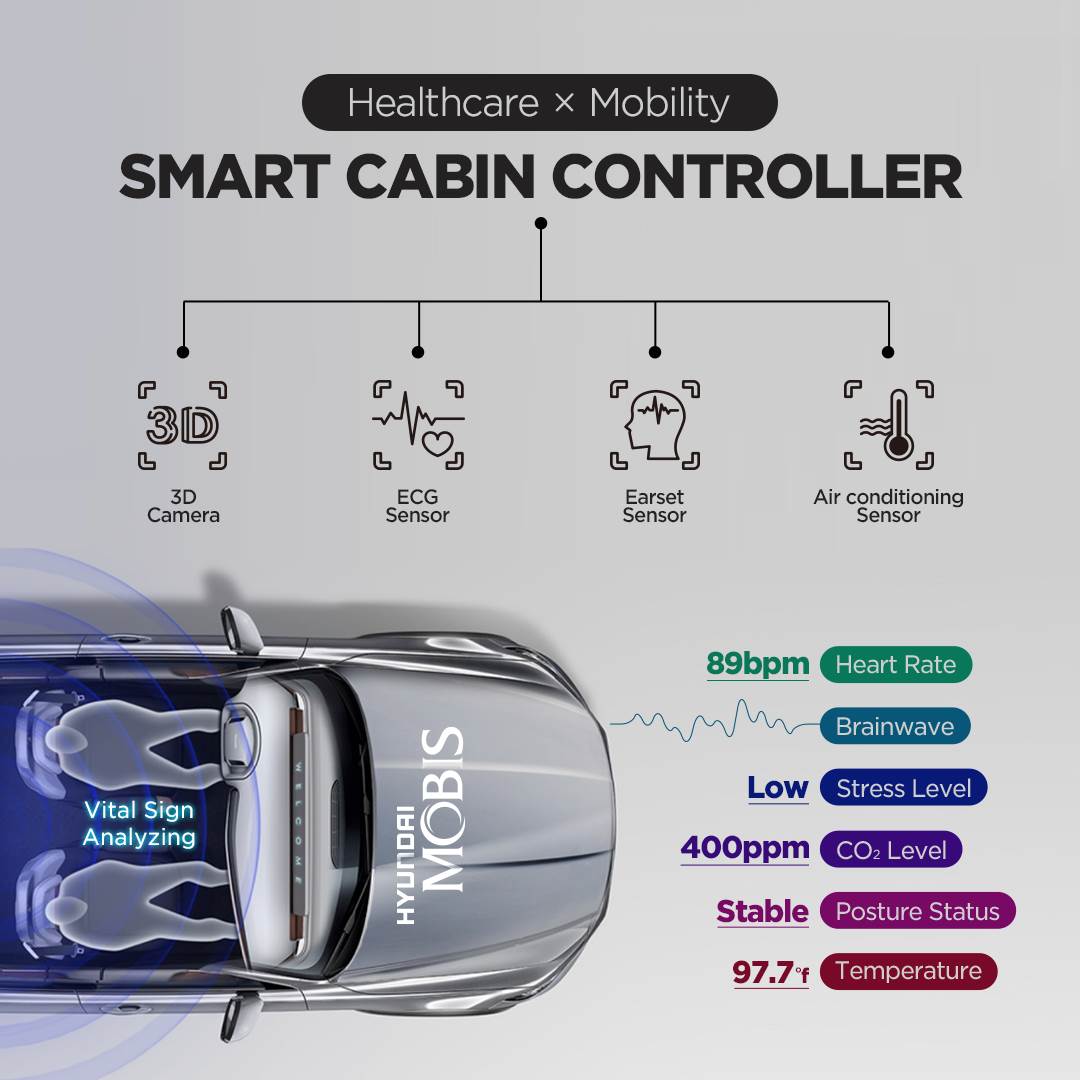 The Smart Cabin Controller is equipped with four sensors: a 3D camera that captures the posture of occupants, an ECG sensor mounted on the steering wheel, an ear-set sensor to measure the brainwaves flowing around ears, and an HVAC sensor to measure the temperature/humidity and carbon dioxide level of the cabin. The controller analyzes various vital signs collected from these sensors in real time to help with safe driving.

For example, it recommends switching to the autonomous driving mode if the ECG sensor detects a high stress level in the driver, and it opens windows or switches to the outside-circulation mode if the CO2 level is too high. This technology is expected to further evolve to be able to guide the vehicle to an emergency room in case of an emergency, such as cardiac arrest.

Hyundai Mobis expects that its dedicated vital signs controller will contribute to enabling the vehicle to play a role as a‘moving health check-up center.’
“Our core competitive edge is the software solution that has been designed to apply healthcare to mobility and the controller that enables integrated control,” said Cheon Jae-seung, head of the R&D division, Hyundai Mobis. “Based on the unique vital signs database we’ve built up, we will upgrade this technology further to provide more features, including carsickness prevention, stress management, and the blocking of drunk driving.”