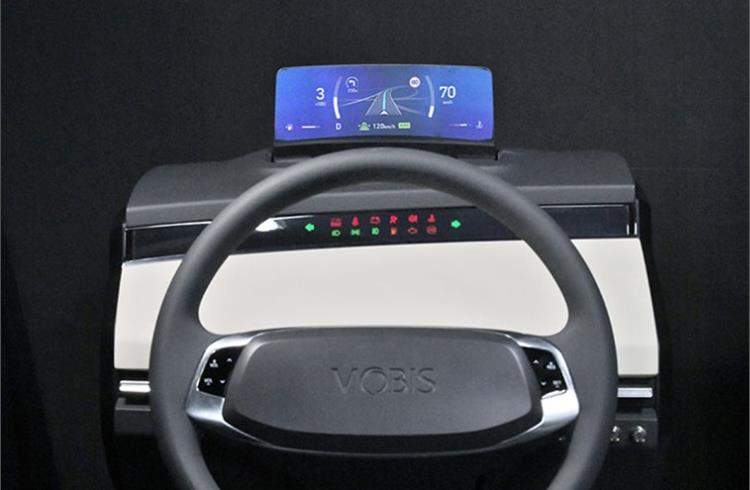 Clusterless HUD a new concept driver's seat system that disperses cluster driving information through HUD and navigation. Hyundai Mobis has completed patent registration in the US, China, Germany and Korea. 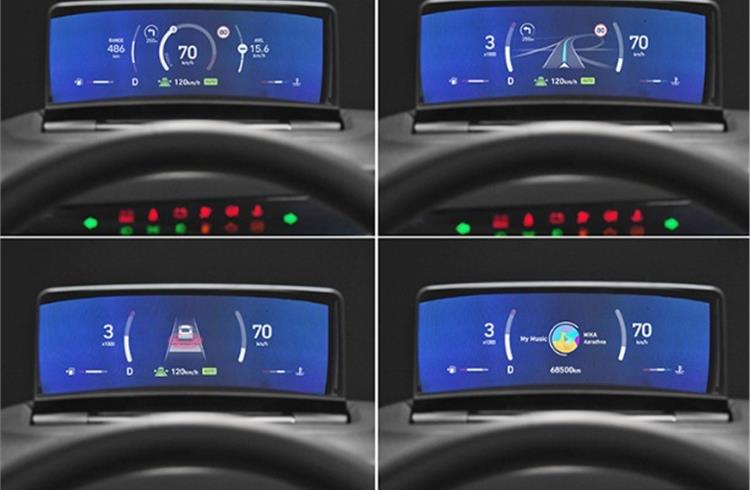 The clusterless HUD consists of 4 display areas – three at the top (for top speed, rpm, ADAS and navigation info) and one at the bottom (for shift mode, coolant temperature and driving range). It can also display turn signals and system information warning lights.

Hyundai Mobis has developed the world's first 'clusterless HUD' that integrates the functions of cluster and HUD (head-up display). With growing demand for full-fledged electric vehicles, the utilisation of interior space has become more important for OEMs.

Hyundai Mobis says it has pre-emptively introduced a new concept display technology optimised for autonomous driving and electrification. The clusterless HUD is a next-generation driver's seat that minimises driver distraction by distributing various driving information displayed on the cluster to the HUD in front of the driver and AVNT (Audio Video/Navigation/Telecommunication). 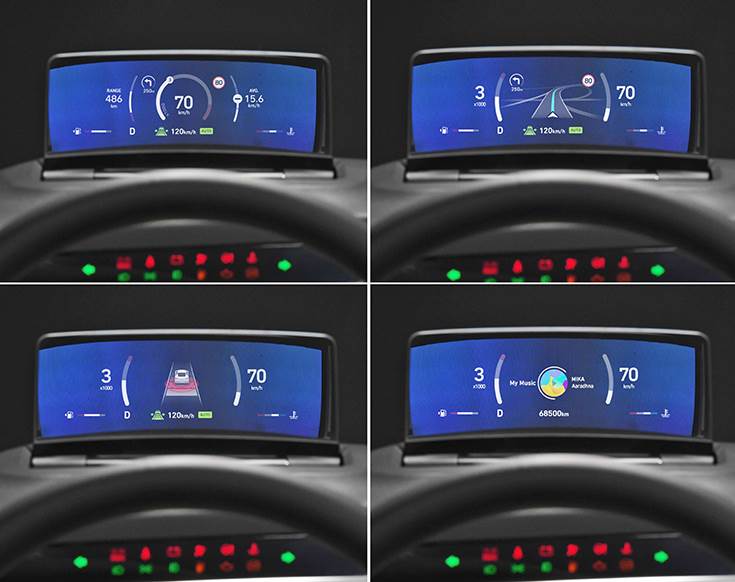 Four display areas
The clusterless HUD consists of four display areas – three at the top and one at the bottom. At the top, speed, RPM, ADAS-related information, and navigation information are displayed. At the bottom, you can see basic vehicle information such as shift mode, coolant temperature, and driving range. It can also display turn signals and system information warning lights.

The 15-inch clusterless HUD significantly expands the information display area compared to existing products. It is also characterised by securing mass production by developing a new manufacturing method and optical deposition specification for a combiner mirror that implements the HUD function through the optical glass mounted on the dashboard. In addition, the driver's visibility was secured by designing the frame fixed to the vehicle inclined toward the driver.

If the clusterless HUD is mounted, the internal space utilisation will increase, says the Hyundai Group company. Currently, global automakers are focusing on securing interior space, such as expanding the interior space by applying a platform dedicated to electric vehicles. It is also expected to help increase mileage due to weight reduction.

Hyundai Mobis has completed patent registration for the clusterless HUD in major countries including the US, China, and Germany, as well as in Korea. As such, it plans to win global orders while pre-empting new technologies for future cockpits.

Young-hoon Han, head of information display sector at Hyundai Mobis, said, “When the cluster and HUD are combined, it is expected to play a big role in safe driving by helping to secure space and also secure the driver’s forward vision through unifying driving information.” .