Korean automaker details next-generation hydrogen powertrain for use in passenger and commercial vehicles; FCEVs to cost the same as BEVs from 2030. 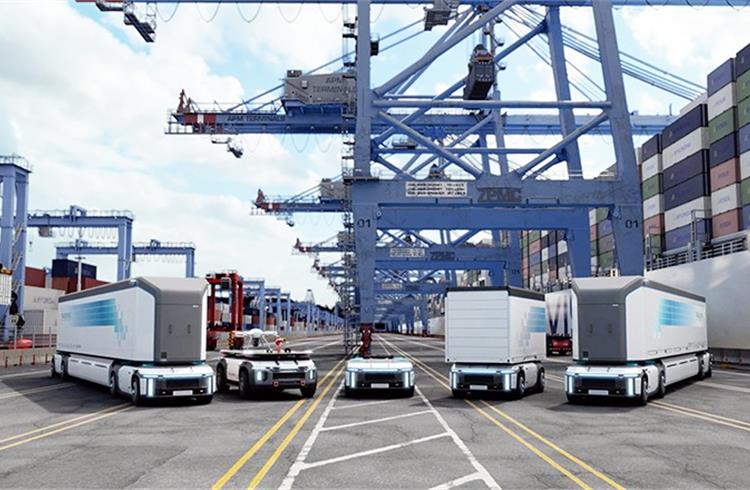 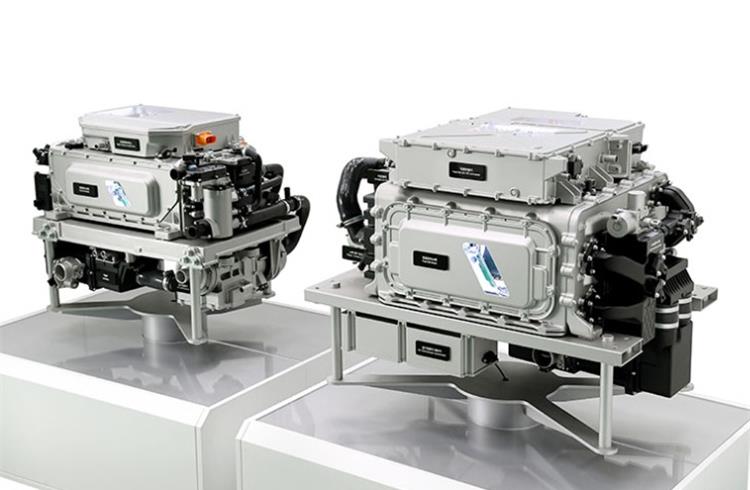 Two new hydrogen stacks due in 2023 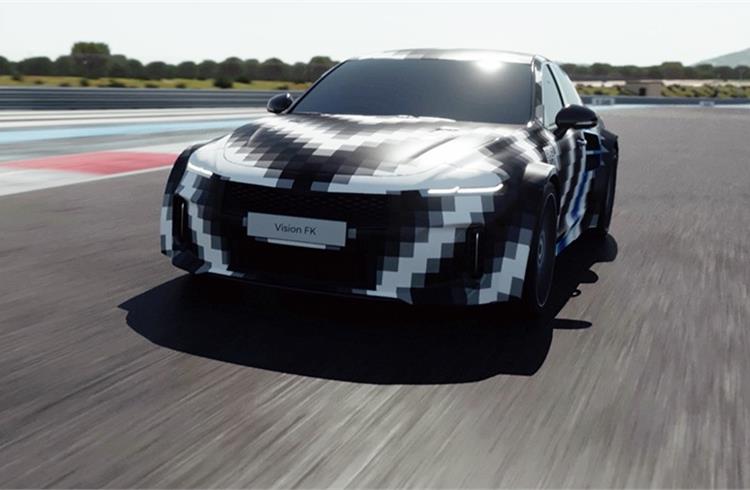 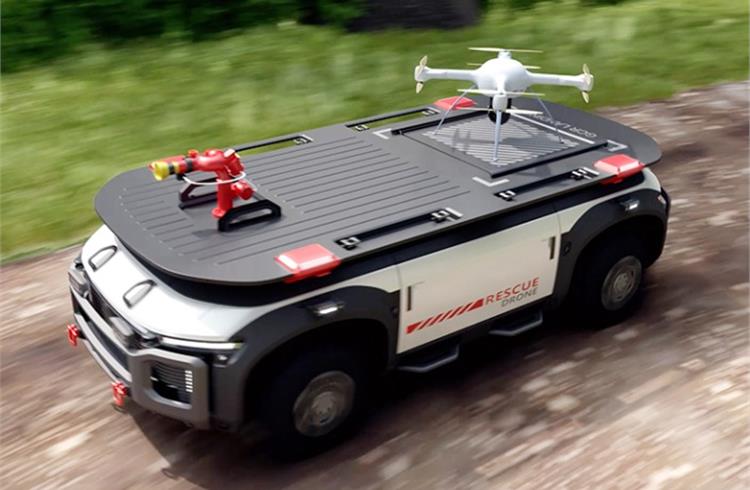 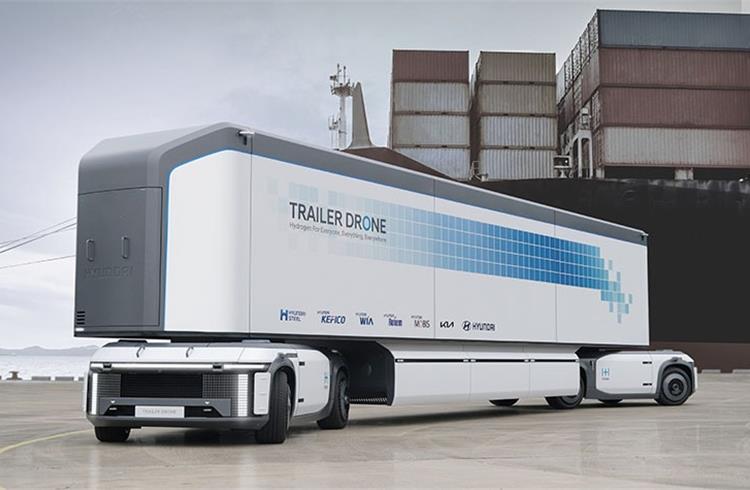 The Hyundai Motor Group, which is already actively engaged in hydrogen-powered mobility, today unveiled its all-encompassing plan "to popularise hydrogen by 2040" through new technologies and mobility solutions in transportation and other industrial sectors.

At the Hydrogen Wave global online forum held today, the Group unveiled unprecedented plans that will see the electrification of all new commercial vehicle models – featuring fuel cell electric or battery electric powertrains, as well as the application of fuel cell systems – to all models by 2028.

The Group’s central target to fully apply its commercial vehicle line-up with fuel cells by 2028 will make it the first global automaker to realise such ambitions for commercial vehicle transportation and will further help facilitate the transition to true sustainable mobility.

Group chairman Euisun Chung said: “Hyundai Motor Group’s vision is to apply hydrogen energy in all areas of life and industry such as our homes, workplaces and factories. The goal is to make hydrogen readily used for everyone, everything, and everywhere. We want to offer practical solutions for the sustainable development of humanity and with these breakthroughs, we aim to help foster a worldwide Hydrogen Society by 2040.”

Following the development of its first FCEV in 1998, Hyundai rolled out the Tucson FCEV (ix35 Fuel Cell) in 2013, opening the door to the mass production of FCEVs. Then, in 2018, it launched the next-generation fuel cell SUV, Nexo, and the world’s first heavy-duty fuel cell truck, Xcient Fuel Cell, in 2020.

According to the Hydrogen Council, a global CEO-led initiative of leading energy, transport, industry and investment companies, hydrogen energy will account for 18 percent of global energy demand by 2050, with a market size of US$ 2.5 trillion (Rs 18,502,500 crore). The popularisation of hydrogen energy will also help cut CO2 emissions by more than six billion tonnes a year, while creating over 30 million new jobs.

Raft of initiatives
The Korean auto major today unveiled a raft of initiatives aimed at positioning the fuel as an alternative to all-out battery electrification, and not just in the private vehicle sector.

Following on from yesterday's wide-reaching commitment to making its vehicle fleet all-electric in Europe in 2035, and globally by 2040, Hyundai has voiced a commitment to mass producing hydrogen fuel cell electric cars and commercial vehicles (FCEVs). Further to that, the company estimates FCEVs will be similarly priced to battery-EV equivalents by 2030. 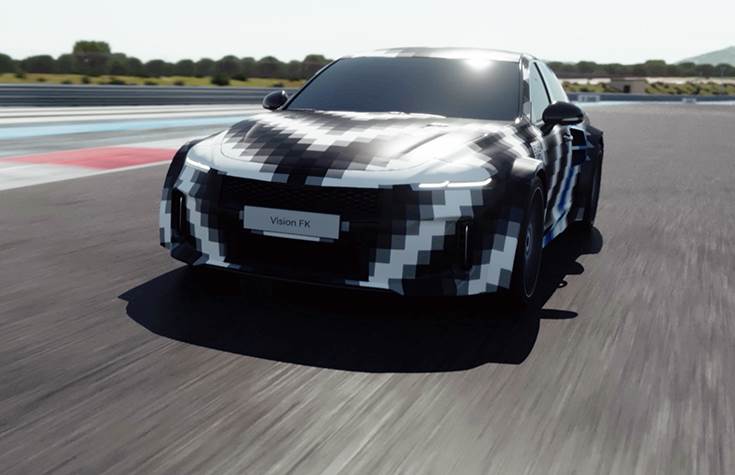 Leading the hydrogen charge in the passenger sector will be a new hybrid sports car referred to at concept stage as the Vision FK. Previewed as part of Hyundai's hydrogen strategy presentation, it is claimed to pack more than 671bhp, accelerate from 0-100kph in less than four seconds and achieve a range of more than 373 miles / 600 kilometres.

No date for the Vision FK's production has yet been given, nor has Hyundai given an indication of such a system's potential for a roll-out to other models, but given recent sightings of a prototype for the upcoming Ioniq 5 N, it's clear both battery and hydrogen power will be crucial to the brand's electrification plans.

Indeed, a brand spokesperson at the Munich Motor Show yesterday said: "We're committed to both battery and fuel cell technologies. EVs like Ioniq 5 can take long journeys with short recharge times," so can FCEVs, which means "they don't need big heavy batteries."

Upgraded hydrogen powertrain
Hyundai had earlier confirmed plans to heavily update the existing Nexo crossover – one of just two mainstream passenger EVs on the market – in 2023, before launching a pair of new standalone FCEVs by 2025, but now Hyundai has detailed the upgraded hydrogen powertrain that will underpin this shift in focus to hydrogen. 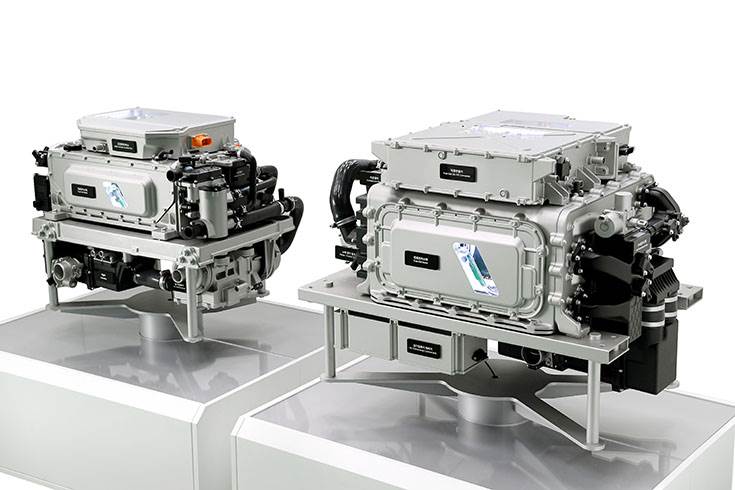 The third-generation fuel cell stack – following on from the first in 2013's low-volume ix35 SUV and the second iteration in today's Nexo - will be available in two power outputs: 134bhp and 268bhp, the former of which is claimed to be 30% smaller than the system currently in use. It will therefore, Hyundai said, be readily usable in a wide variety of vehicle types, while the 200kW version is geared towards exclusively commercial applications.

More significantly, the third-generation stack promises a significantly longer usable life compared to today's system; Hyundai estimates the Nexo's current powertrain is capable of 5000 hours or 100,000 miles of usage, but the new system is projected to boost those figures by between 50% and 100%, with the 'high durability' versions capable of some 310,000 miles of use - nearly double the warranty mileage of a combustion-powered Hyundai model.

The 100kW unit is also usable as part of a much larger power system, with a modular arrangement capable of providing up to 1MW of power in large ships or even, says Hyundai, for IT companies. In smaller commercial applications, such as MPVs, buses and trams, its height can be reduced by 25cm to enable more flexible fitment solutions and thereby maximise usable interior space.

With this new stack in operation, Hyundai has confirmed each of its commercial vehicles will be offered with a fuel cell electric (FCEV) powertrain by 2028.

This ambition, it says, will make Hyundai the "first global auto maker to realise such ambitions for commercial vehicle transportation and will further help facilitate the transition to sustainable mobility". It is already set to be first to market with a hydrogen-powered HGV - the Xcient - in 2023, and is expanding on its first-mover position by unveiling new concepts that could cement hydrogen as the primary fuel used by the commercial vehicle sector.