Hyundai to turn all-electric in Europe in 2035

Petrol and diesel cars to be replaced by zero-emissions equivalents; three new hydrogen EVs due by 2025 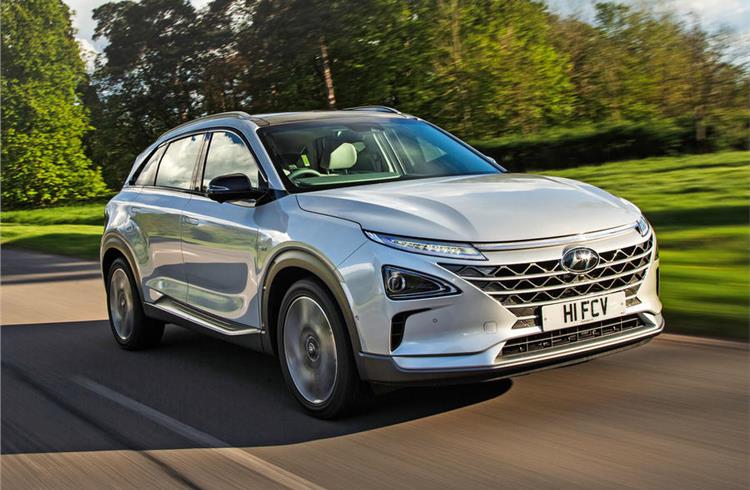 Hyundai will stop selling petrol and diesel vehicles in Europe from 2035 as part of an overarching goal to achieve global carbon-neutrality by 2045.

The brand has detailed the 'three pillars' of its approach to carbon-neutrality at this year's Munich motor show, where it has also shown the Ioniq 6-previewing Prophecy concept and the new Ioniq 5-based robotaxi developed by autonomous tech offshoot Motional.

Pillar one is centred around 'clean mobility'. Hyundai aims for 30% of its global sales to be zero-emissions vehicles by 2030; and estimates that battery-electric and hydrogen fuel cell vehicles will account for some 80% of sales by 2040.

In 2035, Hyundai will switch to an entirely zero-emissions fleet in Europe, five years before it phases out ICE from all global markets. The switch will come earlier in the UK, where the government plans to ban new ICE vehicles from sale in 2030 (with the exception of some plug-in hybrids).

The ongoing roll-out of the Ioniq EV family will play a crucial role in expanding Hyundai's EV footprint, with the Ioniq 5 now in dealerships and the low-slung Ioniq 6 set for its debut in the coming months. However, Hyundai has again affirmed its commitment to hydrogen powertrain development as part of phasing out of fossil fuels.

The headline announcements in this regard were the confirmation of an upgraded Nexo SUV, currently one of two mainstream FCEVs on sale, and an all-new hydrogen MPV to launch in 2023. Two years later, Hyundai will launch a large hydrogen SUV.

The confirmation comes as Hyundai prepares to reveal a hydrogen-powered performance car as part of the electrification of its N division. Thought to arrive tomorrow as part of Hyundai's Hydrogen Wave presentation, the model looks to bear similarities to the US-market Elantra N sports saloon, with subtly different design cues.

The second pillar focuses on 'vehicle platforms', by which Hyundai means 'mobility options'. On show at Munich was the Ioniq 5 robotaxi, which has Level 4 autonomous functionality and will begin on-road driverless fleet services in the US in 2023.

Also in this field, Hyundai is working on an electric 'urban air mobility' (UAM) concept for launch in 2028, based on the S-A1 'flying taxi' revealed last year.

Finally, the third pillar, 'green energy', will focus on how Hyundai can develop more efficient and less pollutive ways of powering its global operations. As part of this, it's investing heavily in green hydrogen, vehicle-to-grid (V2G) charging technology and second-life battery solutions.

Global chief marketing officer Thomas Schemera said: "“IAA Mobility is the perfect occasion to unveil our global vision for carbon-neutrality. IAA is yet another milestone along the sustainable journey we’ve been paving for years. Hyundai Motor will remain steadfast in our pursuit of carbon-neutrality and lead the way in the development of holistic solutions.