Eco-friendly solar roof system charges vehicle’s battery using solar panels even while driving; 30 to 60% of a car’s battery can be charged via solar energy. 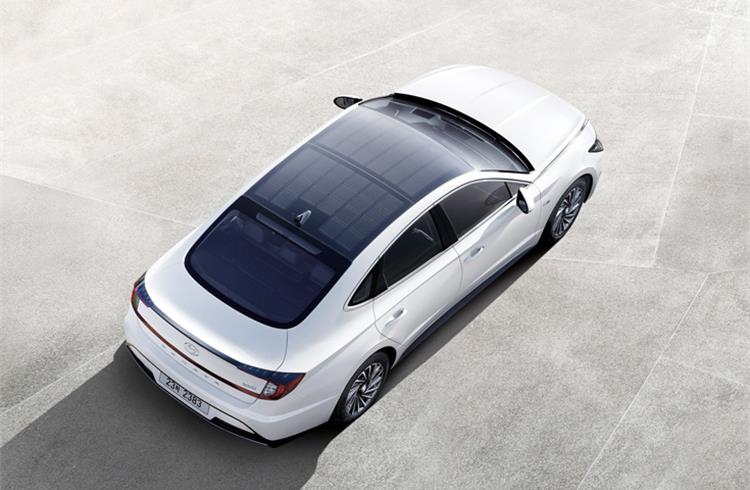 Solar roof system charges vehicle’s battery using solar panels even while driving; 30 to 60% of a car’s battery can be charged via solar energy. 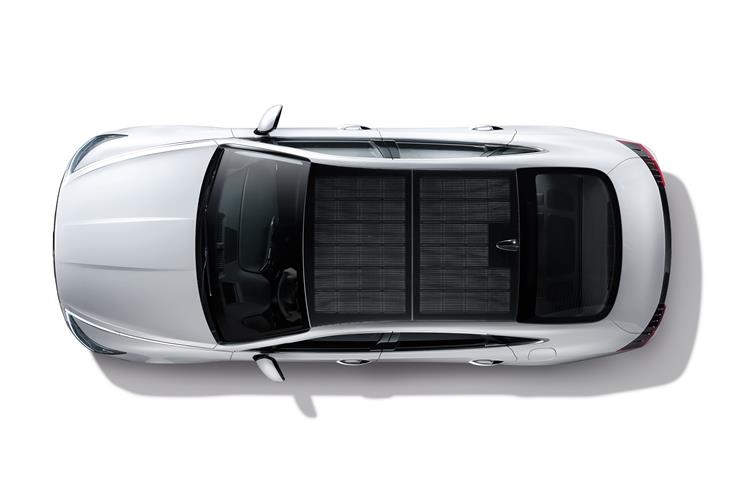 Hyundai’s solar roof charging system makes its debut on the new Sonata Hybrid, now on sale in Korea and soon in North America. There are no plans as yet to expand sales of this model to Europe.

Nine months after Hyundai Motor revealed its solar roof charging technology, the Korean carmaker is launching its first car – the new Sonata Hybrid – with the system. This groundbreaking eco-friendly technology will provide vehicles with additional electrical power, as well as increasing fuel efficiency and driving range.

Hyundai’s solar roof-charging system supports the vehicle’s electric power source, improving fuel efficiency and reducing CO2 emissions. In the coming years, Hyundai will roll out the technology to other vehicles across its range and also on Kia Motor cars.

“Solar roof technology is a good example of how Hyundai Motor is moving towards becoming a clean mobility provider. The technology allows our customers to actively tackle emissions issue,” said Heui Won Yang, senior vice-president and head of Body Tech Unit of Hyundai Motor Group. “We are striving to further expand the application of the technology beyond eco-friendly vehicle line up to vehicles with internal combustion engine.”

How it works
The solar roof system includes a structure of silicon solar panels that are mounted on the car’s roof. Being able to charge even while driving, the solar roof system can charge 30 to 60 percent of the battery per day. With 6 hours of daily charging, it is expected to increase drivers’ travel distance by an extra 1,300km annually.

The system is composed of a solar panel and a controller. Electricity is produced when solar energy activates the solar panel’s surface, which converts this energy by using photons of light from the sun. This creates the electron-hole pairs in silicon cells, which generate solar electricity.

The electricity from this process is converted to the standard voltage by the controller, then stored in the battery. Hyundai Motor took not only efficiency but also design into account while developing the solar charging system.

While the solar roof system currently plays a supporting role, it opens up perspectives for vehicles that no longer need fossil fuel to operate. 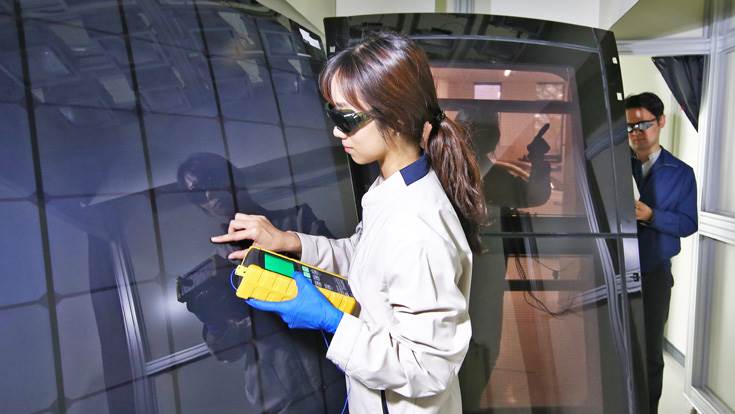 Hyundai R&D at work
The Hyundai Motor Group is currently developing three different types of solar roof, for cars with hybrid, full electric and internal combustion engine (ICE) powertrains respectively. While solar charging panels have been fitted to vehicles previously, including on the Toyota Prius Plug-in, this is believed to be the first time the technology will be applied to an ICE-only car.

The first type, which has debuted now, is for hybrids. It's capable of charging 30-60 percent of the battery during a day, depending on the weather. The vehicle can then use that energy to reduce engine usage, thus increasing fuel economy and cutting CO2 emissions.

The second is designed for ICE-only vehicles and features a semi-transparent solar roof that charges the vehicle's battery. That will be followed by a third system for fully electric vehicles, which will feature solar panels on both the roof and bonnet to maximise energy output.

All three types will use silicon solar panels that can generate up to 100W of electricity, which is then fed through a controller to increase efficiency before being sent to a battery.