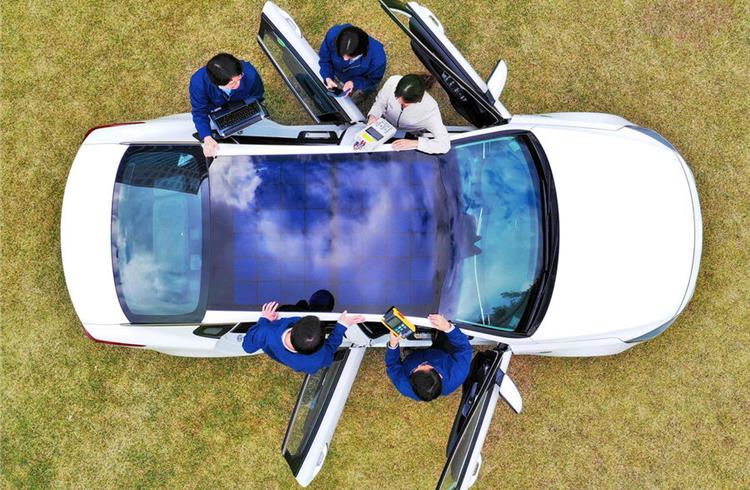 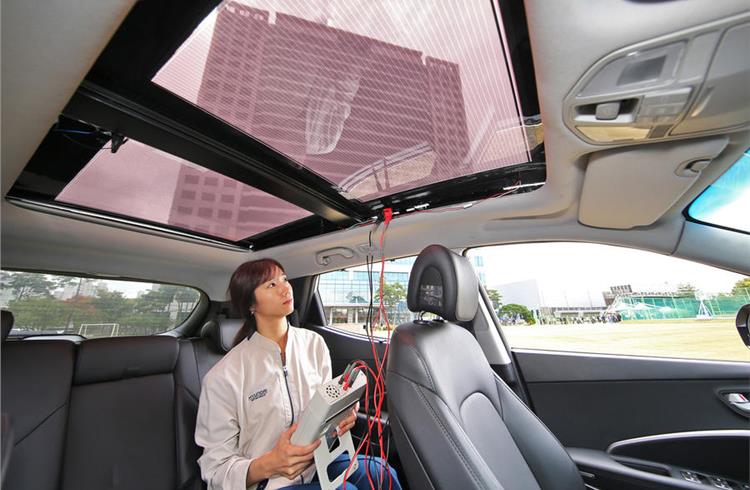 Hyundai and Kia will introduce solar charging panels on selected models from 2019 onwards – including some with internal combustion engines.

The Hyundai Motor Group is currently developing three different types of solar roof, for cars with hybrid, full electric and internal combustion engine (ICE) powertrains respectively. While solar charging panels have been fitted to vehicles previously, including on the Toyota Prius Plug-in, this is believed to be the first time the technology will be applied to an ICE-only car.

The first type, due to arrive next year, is for hybrids. It's capable of charging 30-60 percent of the battery during a day, depending on the weather. The vehicle can then use that energy to reduce engine usage, thus increasing fuel economy and cutting CO2 emissions.

The second is designed for ICE-only vehicles and features a semi-transparent solar roof that charges the vehicle's battery. That will be followed by a third system for fully electric vehicles, which will feature solar panels on both the roof and bonnet to maximise energy output.

All three types will use silicon solar panels that can generate up to 100W of electricity, which is then fed through a controller to increase efficiency before being sent to a battery.

It hasn't yet been confirmed which Hyundai and Kia vehicles will feature the technology first or when it's likely to become available in the UK.

“In the future, we expect to see many different types of electricity-generating technologies integrated into our vehicles. The solar roof is the first of these technologies, and will mean that automobiles no longer passively consume energy, but will begin to produce it actively,” said the developer of the technology Jeong-Gil Park, executive vice-president of the Engineering and Design Division of Hyundai Motor Group. “It is an exciting development for us, designing a technology for vehicle owners to help them shift from being energy users to being energy producers.”

How Hyundai's solar panel tech works
The solar charging system is composed of a solar panel, a controller and a battery. As the panel absorbs photons of light from the sun, it creates electron-hole pairs in silicon cells, enabling current to flow and generating electricity.

When a 100W solar panel is equipped, it can produce up to 100 Wh of energy (in ideal conditions: summer noon, 1000 W/m2 intensity of radiation). The controller features Maximum Power Point Tracking (MPPT), which controls voltage and current to increase the efficiency of electricity harvested by the solar panel.

This power is converted and stored in the battery, or utilised to decrease load on the vehicle’s alternating current (AC) generator, thereby increasing vehicle range.