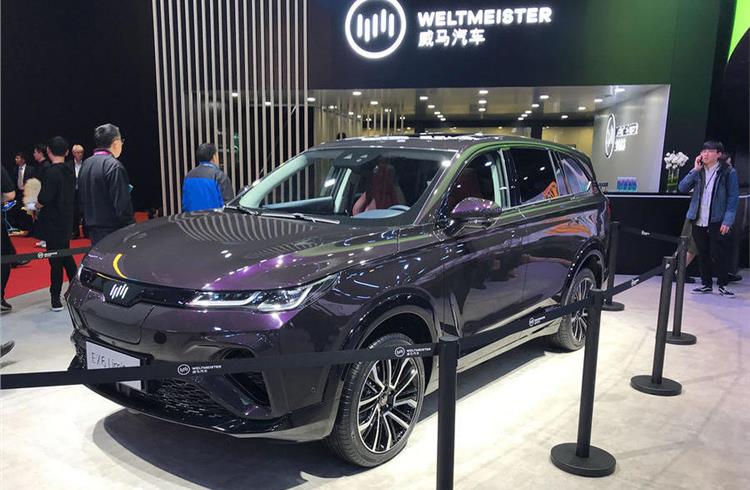 The boss of new Chinese EV firm WM Motor believes the challenge of establishing a brand means that premium start-up firms will struggle to survive – which is why his firm will focus on the mainstream market.

Originally known as Weltmeister, WM Motor was founded in 2015 and last year launched the electric EX5 SUV in the Chinese market, where it sells for between £22,000 and £34,000. The firm has long-term plans to expand internationally.

Chinese regulations to encourage electric car sales have made it the world’s largest market for such cars, with a number of Chinese start-ups attempting to establish themselves. These include well-funded firms such as Nio and Xpeng, both of which are pitching themselves as premium brands to rival the likes of Tesla.

But speaking at the Financial Times Future of the Car Summit in London, WM Motor boss Freeman Shen, who previously headed Volvo’s Chinese division, questioned whether a premium-focused start-up could survive.

“We have aimed for the mass market, as history shows independent premium brands don't tend to survive,” said Shen. “Look at Lincoln, Cadillac, Porsche and more – they tried, but in the end, they have been absorbed. Good luck to Tesla, we'll see.

“In China, the new generation of car buyers are looking for new brands with new technology at an affordable price; that's where we sit. The change is such that I don't need to spend 30 years building a premium brand to then move it mainstream. The same is true in the US, where there's not so much choice in the mainstream below Tesla.”

While Shen admitted that WM Motor was “not profitable today”, he added that “we are one of the first that can be”, although he declined to give a timescale for that to happen.