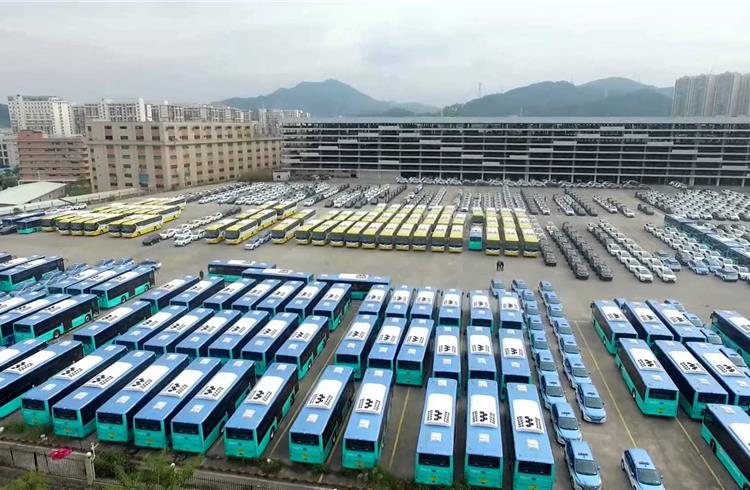 Electric vehicles may have made a lot of noise globally, but witnessing a wide-scale adoption is still a feat yet to be achieved by many. Interestingly, while Norway is considered the EV capital of the world, this Chinese city could very well be the EV capital of Asia.

China, with its huge population and home to global manufacturing activities, has battled high levels of pollution since long and has been taking concrete steps to reduce CO2 levels across its cities. One big example is the city of Shenzhen, which at the beginning of the year made all of its public transportation completely electric. The city has switched its public transportation to electric, in terms of quantifying it translates to 16,000 buses running on electric powertrain. In fact, as per estimates, the city has been able to conserve around 160,000 tonne of coal per year, along with reducing 440,000 tonne of CO2 emission.

Shenzhen is a major financial centre in southern China with a population size of 10,357,938 (China 2010 census). The city saw a major economic turnaround when it was promoted to city status in 1979 and became the first hub for China’s Special Economic Zone (SEZ). Shenzhen is also a leading automotive hub to major OEMs and component suppliers with BYD Auto, one of the world's largest electric vehicle manufacturers, being based there.

The city has put in place around 40,000 charging piles and the Shenzen Bus Company has deployed 180 charging stations at its depots for recharging the fleet. In fact, according to The Guardian, Futian, one of the major depot can accommodate charging 20 buses at the same time.

The article further highlights that the Chinese city has set out on another ambitious target for switching all the 22,000 taxis in the city to electric. If the city is able to achieve this feat, indeed Shenzen could very well be called the EV capital of the world.