'We are on a journey now and we want to make this into a great company. So the best is yet to come.'

With a slew of strong initiatives across its operations, Vinod Dasari, the MD has transformed Ashok Leyland into a lean and aggressive company with global ambitions, earning him our Man of the Year 2016 title. 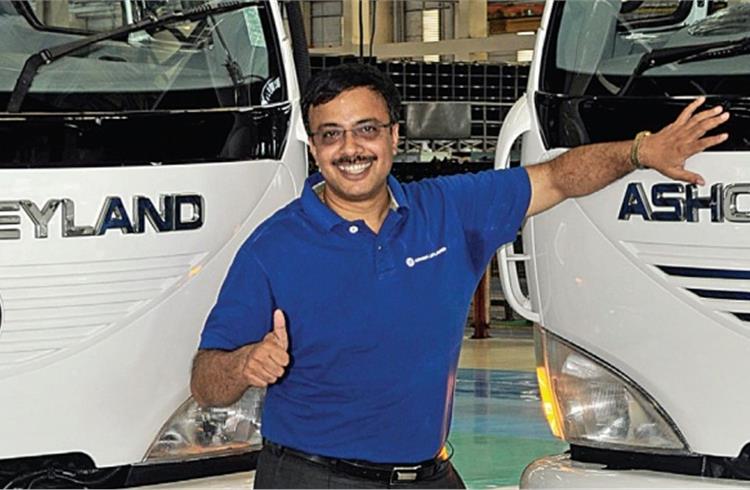 With a slew of strong restructuring initiatives across its core and non-core operations, Vinod Dasari, the managing director has transformed Ashok Leyland into a lean and aggressive company with global ambitions, earning him Autocar Professional’s Man of the Year 2016 title. An interview by Sumantra B Barooah.

What were the three or four key pillars on which you based your turnaround plan?

We also said that we need to focus a lot on the brand. So at a time when there were all kinds of crisis going on, we hired Mahendra Singh Dhoni. He was the national cricket captain, known more in the North and East, where our market share was low, but he also happened to be the captain of Chennai Super Kings. He is a guy known to always turn around a situation and a very creative, very innovative leader. Willing to take risks, but very strong in his beliefs and values, he was the perfect role model for us. So we picked him, created a brand tagline called 'Aapki Jeet Hamari Jeet'. It was not just about coming off with a glorious brand ambassador, who helped us for sure. You can never quantify how much he helped. But it was also about translating what we mean, directly into our business.

Building a strong team was very crucial, wasn't it? Were you also trying to build a new culture?

Absolutely not. In fact, I would place values ahead of performance. A person bringing the right aptitude is not enough. He has to bring the right attitude. This is the leadership culture we want to bring in Ashok Leyland. No matter what the problem, we will fight and we will win. But we will do it together. That’s the culture we wanted to build from top to bottom. From bottom up, we said that we want to create a pipeline of leaders. So we created a five-level leadership development program — anywhere from young talent program, to emerging leaders program, to business leadership program and so on.

We are on a journey now and we want to make this into a great company. So the best is yet to come.

Not all the restructuring steps have been seen as positive. For instance, the recent move to integrate the foundry business.

I don’t think we explained the move very well. I am in the process of cleaning up our subsidiaries list. Either we have it, or we don’t. We can’t just be hanging it like this. Foundry is an integral element and 95 percent of the castings for our engines come from Hinduja Foundries. Without the casting, I can’t make an engine and without an engine I can’t make a truck. But this company was running really bad. I strongly believe that there is no such thing as a bad industry — there are only poorly run companies. So we decided to merge it. Last quarter, it has turned EBITDA positive for the first time after 2010.

To be a global player, expansion overseas has to be done on a larger scale. How do you plan to go about it?

Our overseas strategy has two key elements. We conducted a global study around 5-7 years ago to identify all India-like markets, which are growing and where our ability to compete is very high. We identified six regions in the world, which were India-like in terms of road conditions, load conditions and which are also growing. They are SAARC, ASEAN, Middle East, Africa, Latin America and CIS.

The second step of the strategy was how do we compete in these markets. Today about half of our bus sales happen outside India, not many don’t know that. The entire BRT system in Lagos is run by Ashok Leyland. Ninety-five percent of the buses are Sri Lanka are Ashok Leyland buses. So we first enter (a market) with buses.

What is the level of revenue from exports and how much do you plan to grow it by?

It is about 10-15 percent currently. I want to move it to about 25-30 percent in another 4-5 years. But it also depends on the overseas market conditions.

How do you see the M&HCV arena in India panning out over the next 5-10 years?

I think it will grow substantially, once the roads improve. In developed countries or fairly close to developed countries, the thumb rule is for every million people, the annual M&HCV industry volume is about a thousand (units). With that calculation, if India was to become developed, and with our population, there is a huge upside, right?

Our industry runs on three things — infrastructure, mining and GDP. If two out of these three succeed, we are good enough.

Do you see India’s M&HCV market continuing to be a two- or three-horse race?

No, I think there will be several horses. I can’t wish them away. We just have to compete. There might be more consolidation.

You say the best is yet to come for Ashok Leyland. How big do you think it will grow in the next five years?

I don’t want to measure the company purely on size. But I think the level of changes that will happen in this company in the next five years, the way we will grow, change our aftermarket, leverage digital platforms, grow internationally, leverage India’s innovation to come up with unique technologies for electric as well as for Euro 6, I think this is quite possibly the most challenging yet equally, the most exciting period, for Ashok Leyland.

How would you rate the innovation environment in India?

I have noticed some people from the West tend to be apprehensive of Indian technology. Some say it is jugaad. That’s disrespecting the innovation that inherently exists in Indian mentality. We are a value-conscious society where the focus is how can I do something with lesser amount of resources. To me as an engineer, engineering is not just about solving a problem. It’s solving a problem at the lowest possible resource utilisation. For example, I think we are the only company today which achieves BS III norms using a (inline) mechanical fuel pump. 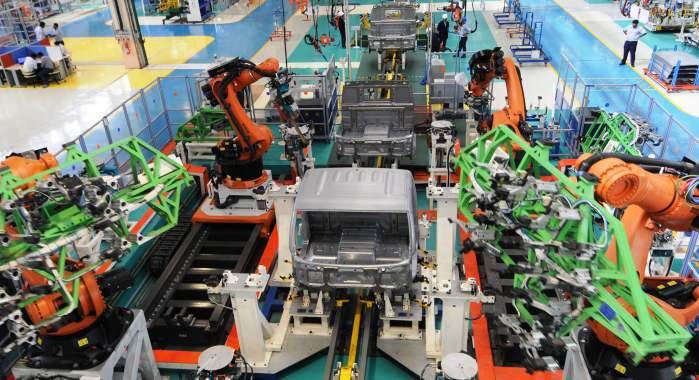 Another example is the Jan Bus. It is the world’s first one-step full flat-floor bus. Why did we design it? Because in India if you put the engine at the back, you can’t have a flat floor. We have more people standing than sitting. If you have the engine at the rear, you need a bigger fan to cool it. If the engine is in the front, the ambient air coming from the front will cool the engine. Better fuel-efficiency, lesser safety concerns, easier for the driver to drive, easier for the conductor to do his business. We had 18 patented features on it. So this is Indian innovation — we should celebrate it.

Availability of skilled manpower, which includes employable engineering graduates, is an issue in India. How do you think that can be addressed?

We have to do a lot more research. Ten to 12 percent of the R&D in this country happens by the way in the auto industry. Now with rapid changes, the clock speed of our industry has gone up much faster. Nowhere in the world has anybody gone from Euro 4 to Euro 6 in three years. People have taken 10-12 years; we will do it in three. At the same time, we’re going to be working on electric vehicles, hybrid vehicles, ultra-capacitor vehicles and CNG vehicles. There's also a push for ethanol vehicles. We’re going to be doing all of this simultaneously. For example, in Ashok Leyland, we used to have 100-200 people in our R&D, now we are 1,500-people strong.

Do you agree with the view that the policy environment in India isn't confidence-inspiring for investors? What should be done to create one that facilitates growth and development?

I have dealt with many governments before and for quite some time. I find that while we may not be in agreement with the government, they have at least heard us, given us a fair hearing, explained to us their rationale, and then only implemented something. The high-handedness approach is not there. If I write to a minister with a request to meet and discuss a particular policy, we get an appointment. They take our inputs before every Budget, before any major policy change. I’m not saying I agree with all the things that they are saying or doing but everybody has got their own view on things. For example, I believe the courts were misinformed when the Delhi diesel ban happened. Banning vehicles more than 2000cc made absolutely no sense and then levying a one percent charge on it. Somebody who is buying a Rs 50 lakh vehicle will spend one percent more.