'We’d like Asia Pacific to grow up to 22-25 percent. For us, India has actually been growing nicely in the last five years.'

Axalta Coating Systems is to double its production capacity in India and also set up an automotive OEM coatings development laboratory. C Shaver, chairman & CEO, speaks to Sumantra B Barooah. 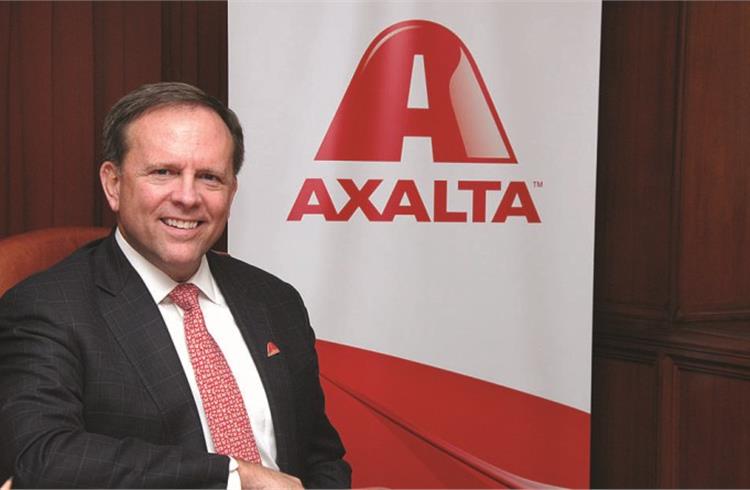 Axalta Coating Systems is to double its production capacity in India and also set up an automotive OEM coatings development laboratory. C Shaver, chairman & CEO, speaks to Sumantra B Barooah.

In terms of India’s contribution to your global business and in comparison with your other markets, India will be pretty small, right?
For us, Asia Pacific is about 15 percent with China being the largest market in it. Over time, we’d like Asia Pacific to grow up to 22-25 percent. For us India has actually been growing nicely in the last five years.

With the currency movement, we don’t have a lot to show for it. The business has gone up by 10 percent but that’s what the currency has chewed up. But we have seen a good growth, and is expected to accelerate since we have gone into markets we thought we wouldn’t venture into. With India, given the political scenario, lower oil prices and the stable currency, we think about it very differently than we would have three years ago. We didn’t know which way things are going politically, at $100 a barrel India had some challenge. But now, things look a little better.

The coatings market is underlining that and we are always growing. So you will see a lot of attention here in India, because depending on the market, you have roughly 6-8 percent growth. Despite being a much smaller market than China, it still has a lot of potential to grow. And if we can balance that with a little bit of exports, there are only two places in the world that are growing, that is India and China. Even in the US, 2 percent  growth? Maybe. In Europe, it is negative, if you include East Europe and Russia. Overall, with the ups and downs in each country, it’s kind of zero there. So emerging markets are going to continue to be good places to be in. The fact that we are here, we are trying to break into this market and have a different view.

How long could it take to reach the 22-25 percent target over the next five years. And towards that, are you looking at entering more markets in the region?
The markets will continue to grow and will be general industrial. I don’t think we’ll go into architectural to a great extent or wood or coil or anything like that. It’s really the general industrial markets – oil and gas, pipeline, some chemical operations, some protected markets, something like that.

Any new countries in the region that you plan to enter?
I wouldn’t say new but we do have a couple of countries where we don’t have a big presence in today, where we’ll look to grow. One, we’re just waiting for decision on the sanctions in Iran. That is a decent marketplace where because of sanctions we have been prohibited from going in, so we’d like to go in there. We have a very minimal presence in a couple of other countries in the Middle East. We have some good growth plans there. Not any other new ones, you got some that you’re underpenetrated in.

This interview has been published in the November 1, 2015, 'Automotive Logistics Special, of Autocar Professional.