The Compass, the first locally assembled product from the Jeep stable in India, is the precursor of a new product pipeline for the APAC region. 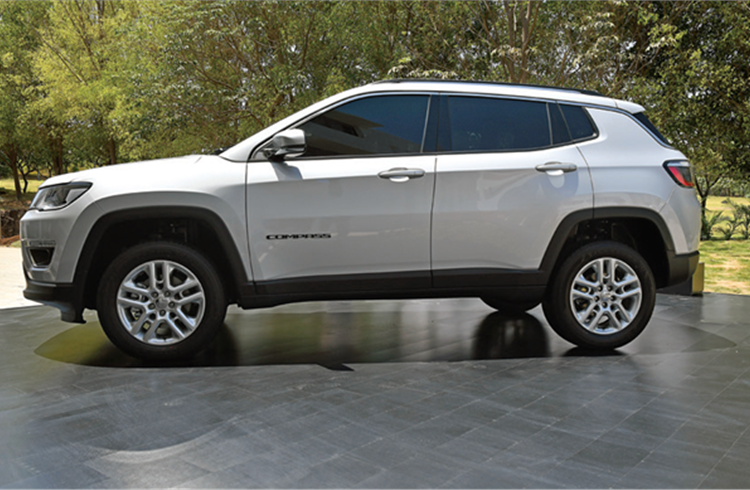 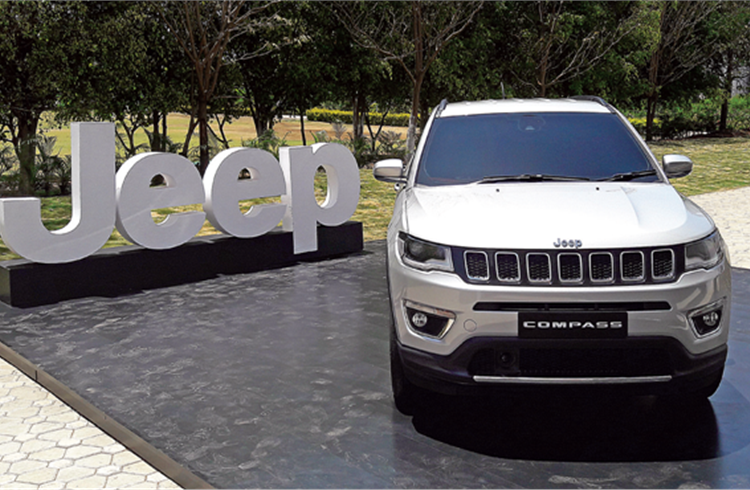 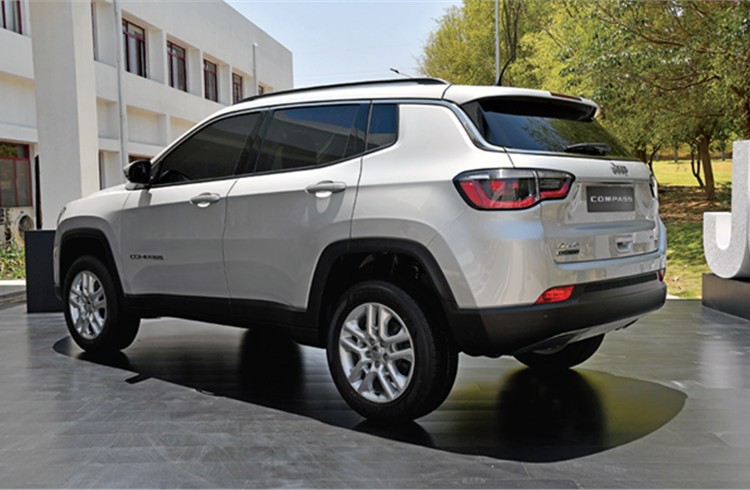 The Jeep Compass has undergone 25.7 million kilometres of off- and on-road testing during its development. Production begins in June, followed by the launch in August. Estimated price range: Rs 18-25 lakh.

The Jeep Compass, the first locally assembled product from the Jeep stable in India, is the precursor of a new product pipeline for the Asia Pacific region. The big news though is that the Ranjangaon facility will be the Compass' mother plant for all right-hand-drive markets, says Amit Panday.

Fiat Chrysler Automobiles (FCA Group) is the world’s seventh largest carmaker. But FCA’s market share in China as well as in India is not even 1 percent of the passenger car segment in these two key markets. However, the FCA Group’s overall sales (including all mass-market and luxury brands) in the APAC region, which it primarily splits into China, Japan, Australia, India and South Korea as five major markets, registered a YoY growth of close to 10 percent in 2016.

In 2014, the year of its famous cross-border merger, the top management at FCA had drawn up a 2014-2018 business plan, which had outlined the conglomerate’s intent of strengthening its portfolio of brands including the globalisation of Jeep and Alfa Romeo. The five-year business plan defined a clear direction for FCA for growth in volumes, continued platform convergence, focus on cost efficiencies, enhancing margins, strengthening capital structure among other critical areas.

As a result, the FCA Group sold more than 1.4  million vehicles under its Jeep brand in 2016. While this marked a growth in Jeep shipments by 9 percent, last year also represented the fifth straight annual record for the brand’s global performance. FCA’s global shipments in 2016, on the other hand, stood around 4.7 million vehicles across all brands, which reflected that the Jeep brand accounted for roughly 30 percent of the Group's total sales.

In a letter to investors in the company’s 2016 annual report, John Elkann, chairman and Sergio Marchionne, CEO, FCA Group, have written: “We have made significant

progress since unveiling our five-year strategic plan in 2014, and for 2017 we have issued guidance that confirms our conviction in achieving the key targets we have set for 2018. For full-year 2017, we expect net revenues of between euro 115 billion and euro 120 billion, adjusted EBIT in excess of euro 7 billion, adjusted net profit of more than euro 3 billion and net industrial debt to be further reduced to below Euro 2.5 billion by year-end.”

FCA Group’s net revenues in 2016 stood at euro 111 billion, which also means the management expects revenues to grow in the range of 3.5 to 8 percent YoY in 2017. 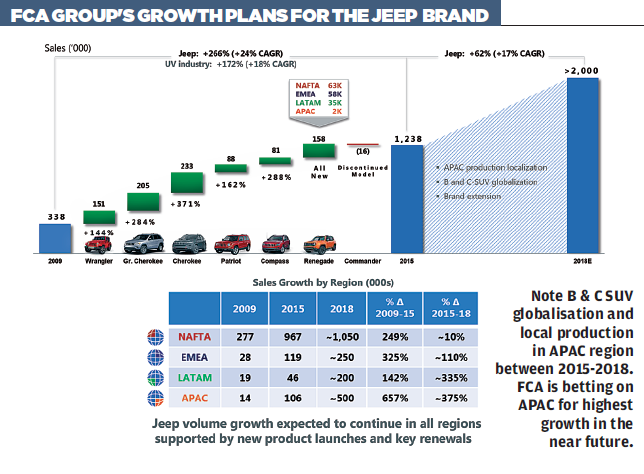 Among NAFTA, Latin America, EMEA (Europe) and APAC, the latter accounted for the least, only 0.2 million units in Group’s total sales of 4.7 million units in 2016 as well as 2015. Nevertheless, the APAC region holds strategic relevance for the company in the coming times.

As the 2016 annual report quotes, “Although our smallest mass-market segment by vehicle sales, we believe the APAC segment represents a significant growth opportunity and we have invested in building relationships with key joint venture partners in China and India in order to increase our presence in the region.”

In China, the FCA Group operates under a JV with GAC (Guangzhou Automobile Group Co) wherein it produces vehicles under the Fiat and Jeep brands. In the past two years, the JV’s Guangzhou plant upgraded its capabilities and began rolling out the Cherokee, Renegade and, more recently, the new Compass. 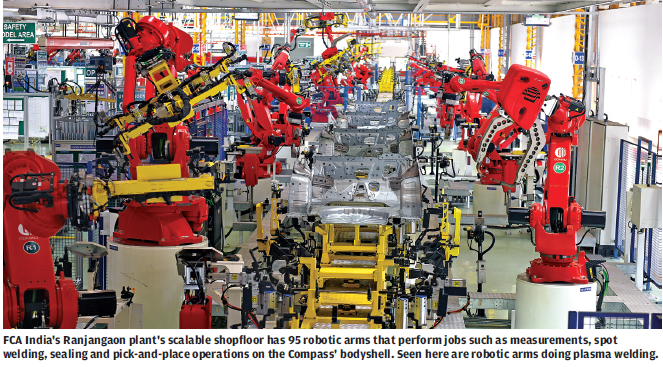 The Indian business, on the other hand, has remained non-existent on the Group level for the last few years. The Group’s vehicle business has been operational under Fiat India Automobiles, which is a JV between the Group and Tata Motors. While the Indian passenger vehicle market crossed the three-million unit mark for the first time in FY2016-17, FCA’s market share (via Fiat) stood at only 0.19 percent.

Nevertheless, this is likely to change soon. Going strong with its 2014-2018 business plan, the company’s global push on the Jeep brand, which includes localised production in key regions and portfolio expansion, is clearly visible. In August 2016, FCA India had launched Jeep Grand Cherokee variants and the Jeep Wrangler as completely built units (CBUs). Interestingly, the rollout of these highly capable and luxury SUVs was not aimed at the competition but was to establish the credibility of the Jeep brand in India.

Talking to Autocar Professional, Kevin Flynn, president and MD, FCA APAC, says, “Bringing the Grand Cherokee and Wrangler (to India) was a job, and to some extent we have achieved that task. It was to bring the globally acclaimed vehicles and demonstrate what the Jeep brand is all about. It was a definite precursor and preparatory process for launching a locally manufactured product (Jeep Compass). So the story is unfolding. The first chapter of this story was never solely about the CBUs. Instead, our first chapter is using the CBUs to establish the credibility of these global products as we then bring a locally manufactured global product.”

COMPASS FIRMLY POINTED AT INDIA
The FCA Group, which has 162 manufacturing facilities and 87 R&D centres worldwide, has chosen India as one of the only four locations (Brazil, Mexico and China) where the Jeep Compass SUV will be manufactured. Going forward, the model is planned to be sold in over 100 countries. 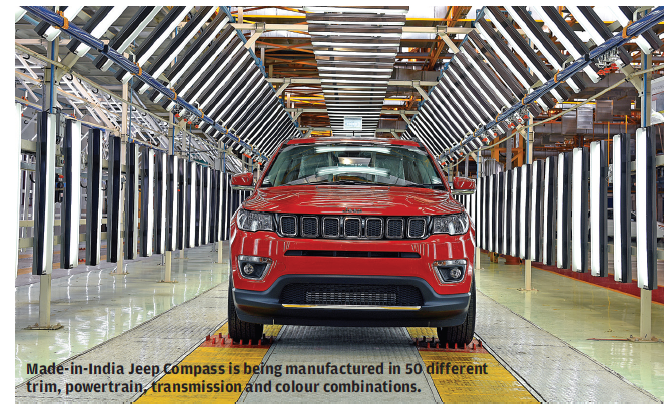 The company has invested close to US$ 280 million primarily in upgrading its Ranjangaon plant to be able to make it at par with FCA’s global benchmarks. Although the business plan and the scale of investments clearly indicate FCA’s intent to roll out several world-class vehicles from the site, the first of many will be the Compass SUV.

“This is a very different story than to just getting a better foothold in the Indian market. This is a story around Jeep’s global aspirations for growth and what role India can play – both as an export hub and bringing a product of competence in the Indian market, and allow us to get a far stronger foothold here that we have had for some time. We have got the responsibility for the (global) right-hand drive (RHD) markets from here,” remarks Flynn.

The made-in-India right-hand-drive (RHD) Compass SUV variants will be exported to the UK, Australia, New Zealand, Japan, South Africa and other markets. The model, which sits in the C-segment (characterised by 4.3 to 4.7 metres in length in Europe), will be rolled out in India with two BS VI-scalable powertrain options (1.4-litre Multi-air petrol and 2-litre diesel engines) in six-speed manual and seven-speed dual dry clutch technology (DDCT) automatic transmission choices.

According to James Lyijynen, chief program engineer, Jeep Compass, FCA US, the SUV was developed as a truly global product that will not only be competitive but could meet market specific requirements. “This Compass is every bit of Jeep. The platform is very flexible. It will have 17 powertrain options globally. While it’s a Jeep, so it has to have 4x4 capabilities. We’ve spent over three years developing the Compass ensuring that we get the refinement for both on-road and off-road applications. Roughly 65 percent of the body structure is high-strength steel, which offers structural benefits and lightweighting opportunities. The front and rear suspensions are both independent MacPherson suspensions, known to be lightweight, the DDCT is also a lightweight transmission,” he reveals.

The Ranjangaon plant has an annual manufacturing capacity of 160,000 units. The company is now recruiting additional manpower to increase its headcount from 2,000 to over 3,500 by the year-end, says Gurpratap Boparai, CEO, Fiat India Automobiles. “There are around 100 suppliers engaged on the vehicle side and 40 on the powertrain,” he told Autocar Professional. 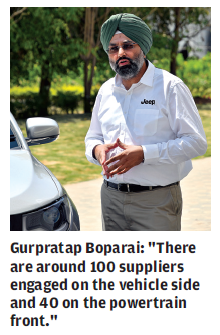 Unlike earlier FCA products launched in India, the Compass will be both manufactured and exported from Fiat's Ranjangaon plant outside Pune and will feature a high level of localisation. This will allow Jeep to price its SUV competitively, somewhere in the region of Rs 18-25 lakh. FCA India officials, however, have not yet disclosed the level of local content in the making of the Compass.