While domestic car models have successfully upped their game and were the second most sought after Japanese brands in 2022, they also overtook the Koreans in the same year. 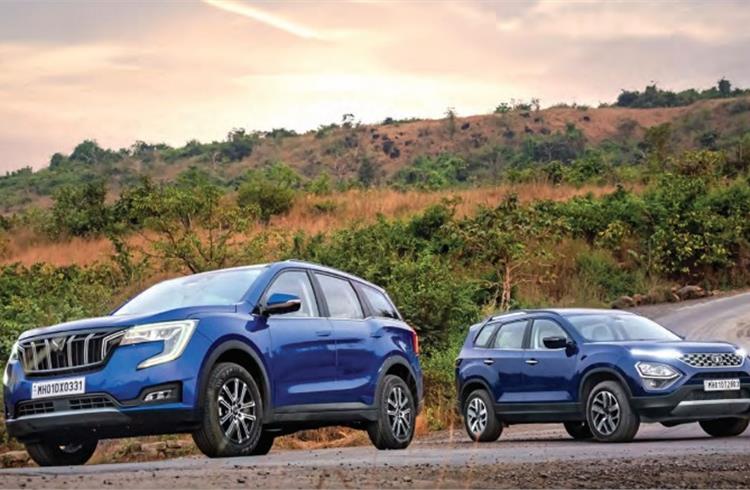 Both Tata Motors and Mahindra & Mahindra are enjoying leadership positions in the growing SUV segment. 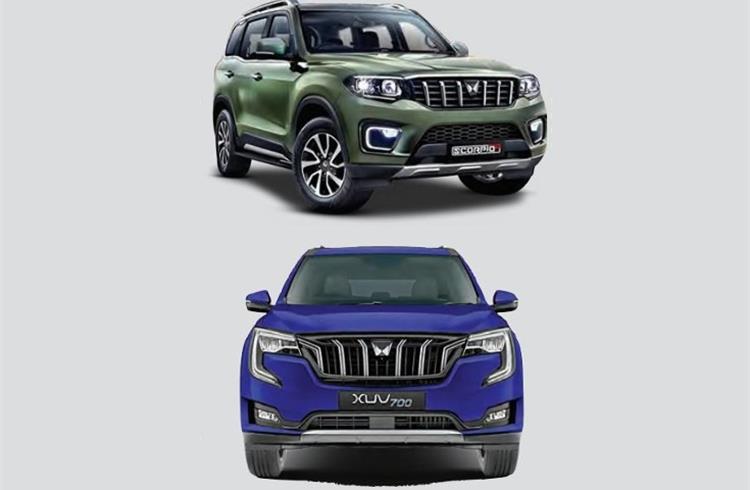 Mahindra & Mahindra’s sustained product excitement after the Thar and XUV 700 launches with models like the new Scorpio N has helped the Mumbai-based SUV brand double its monthly volumes. 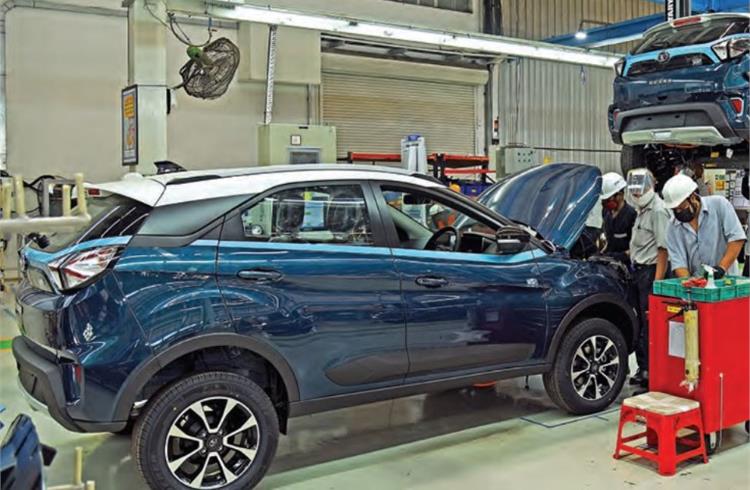 Tata Motors has been highly focused on one market, India. So the value proposition is custom made to suit domestic buyers.

Tata Motors and Mahindra & Mahindra, the homegrown car makers have emerged as strong winners post Covid-19. As figures have proven, they have found higher acceptance in 2022 than the cars and SUVs made by the Hyundai Motor Group in India.

For the first time in more than a decade and a half, Indian brands have actually outsold successful Korean models in the country.

A strong portfolio of SUVs, growing theme of "vocal for local" and superior value proposition with a core focus on safer and cleaner vehicles helped Indians inch ahead of Korean brands in a highly competitive market.

Autocar Professional learns that in the year gone by Tata Motors and Mahindra & Mahindra combined sold a total of over 8.5-8.7 lakh vehicles. This is against 8.2-8.3 lakh vehicles of Hyundai-Kia combined. In 2021, the sales of Indian brands trailed the Koreans by a whopping 1.5 lakh units, but a series of new launches from Mahindra & Mahindra and Tata Motors in the last 12-18 months helped Indian brands bridge the gap and even overtake the Koreans.

Tata Motors introduced the entry SUV Punch which brought in a lot of hatchback and sedan buyers into the company adding 10,000 units a month of incremental numbers for the company, even as the electric version offered a strong tailwind to the Nexon franchise, which took it to the podium of SUVs in 2022. At the same time of Mahindra & Mahindra’s sustained product excitement post Thar and XUV 700 launch with the addition of new Scorpio N helping the Mumbai-based SUV specialist to double its monthly volumes to about 34,000 units a month at the end of the year.

The Koreans in the meanwhile consolidated their position in the market with product upgrades, refreshes and new models. Hyundai launched the facelifted Venue to hold on to its strong position and it introduced the Tucson at the top end to sustain the premium positioning, whereas Kia launched the all new Carens MPV, which brought in the incremental sales.

Experts say, Indian brands like Tata Motors and Mahindra & Mahindra have been able deliver a strong value proposition and have remained strongly connected with the needs of the consumers and a slight affinity for being a local brand, in combination has been working. Shailesh Chandra, Managing Director, Tata Motors Passenger Vehicles said Indian consumers give opportunity to brands from every nationality.

While the affinity towards local brands is natural but at the end of the day how the products compete in the marketplace matters a lot more. “Customers are putting in significant money and their trust and faith in brands and it is only possible because Indian brands have been able to deliver a superior proposition. We are raising the bar on safety, electrification and the overall value proposition, which is being appreciated,” he said.

Among other critical factors that differentiate Tata Motors and Mahindra & Mahindra are the fact that they are predominantly domestic brands with an extremely modest export numbers. Chandra agrees that Tata Motors has been highly focused on one market, India. So the value proposition is custom made to suit domestic buyers. Whereas the global players have to adapt their international products for India, which impacts the price power. “It becomes easier for us to hit the sweet spot and move to the centre of gravity of the market. You have to be contemporary; you have to be on your toes and in sync with the customer preferences. One has to be extremely spot-on with price positioning,” added Chandra. The bounce back has been phenomenal, from a low of 1.7 lakh at the end of 2019, Tata Motors annual volumes have almost tripled and crossed half a million mark, where Mahindra & Mahindra has seen its volumes double with an order book of over 3-3.5 lakh units between them.

Gaurav Vangaal, associate director at S&P Global Mobility said there is an element of responding to the call by PM Narendra Modi’s ‘vocal for local’. Secondly, the proactive stance by the Tata Group to support the nation with financial aid and the Mahindra Group to come out with ventilators helped in boosting their image during the peak Covid-19 crisis period. “Both carmakers were struggling before the Covid-19 wave, the tough situation united India, as PM Modi called for self-sustenance in the auto industry. Credit must be given to both Tata and Mahindra for delivering good products, without which it may not have been possible,” Vangaal said.

Experts say it is also Mahindra and Tata’s ability to understand the needs of the market and react quickly to changing market dynamics. Ravi Bhatia, MD of Jato Dynamics India said that the core reason for this success in his view is the early identification of the SUV trend and launching very well-packaged new models. “They also have changed the conversation around safety and electric powertrains. This has helped them take a higher share of the highgrowth SUV segment,” said Bhatia. Some say, it may also no longer be about the origin, as the industry matures, the whole concept of nationality may dissipate and that may actually put Indian brands on a better footing.

Earlier, it was considered that the European designs are better, American cars were solid, Japanese cars were lighter and more fuel-efficient, but with time the boundaries have started disappearing with the design and technology converging with the harmonisation of rules as well. “I believe consumers in any part of the world have a soft corner for a local brand. It is stronger in certain countries and slightly more neutral in others. Today the design, quality and value that Indian brands offer is as good as any other global brand in the market and superior in many cases, which is creating traction,” added a senior auto executive.

Another big factor that Mahindra and Tata Motors have been able to achieve is creating acceptability for brands in above Rs 15 lakh bracket, something that Maruti Suzuki has struggled with, and Hyundai Motor has just one product Creta, with very modest volumes of Alcazar and Tucson in the premium end of the market. At Mahindra & Mahindra the average price has already breached Rs 15 lakh and is at about Rs 17 lakh and its bestselling models.

Rajesh Jejurikar, Executive Director, Automotive and Farm Equipment Sector said with many critical decisions on products and pricing residing locally, home-grown car makers are able to move swiftly in a competitive market landscape. “Getting the product and price positioning right has been a critical part of our bounce back in volumes and market share journey. We have been able to move quickly and even redesigned products and redefined prices just a few quarters before the launch thanks to local decision making. This has helped us in delivering high value propositions and succeed in the marketplace,” said Jejurikar.

Industry sources say Indian car makers are aware that they do not have the big resources like the global multinational corporations, and it is the nimble and quick thinking that will help them sustain this growth story. “Ingenuity, passion and alternate thinking is what differentiates us from others and creates the recipe for success,” Jejurikar said. Mahindra has already won the battle against Kia for the fourth position in volumes. It is already a market leader in SUVs in terms of revenues.

Tata Motors on the other hand is at a sniffing distance of Hyundai Motor India for the Number Two position, with just 25,000 to 30,000 units separating the two. Both home-grown players have a strong tailwind behind them and private equity money to ride into a higher volume game.

Tata Motors and M & M have also taken critical strategic calls on electrification and safety, which offers them the edge over the rivals. Meanwhile, South Korean car makers have significant global resources to develop highly capable passenger vehicles in a short span of time.

For both Hyundai and Kia, India already figures in the top two or three production bases and has been delivering profits. Not surprisingly, the parent company is curating a very India focused future strategy both for the mainstream market as well as electric vehicles.

As the market comes back to normalcy with supply chain challenges easing, it will be interesting to see how this battle between India and Korea will play out in a market, where Japanese brands have ruled. The wind is changing and the way it blows in 2023 may steer the course of mid-term podium finishers.