Scania revs up to take on Volvo, DICV

Even as the CV sector bears the brunt of the slowdown, Scania strikes a positive note about India’s potential market for its premium products, says SumantraBarooah. 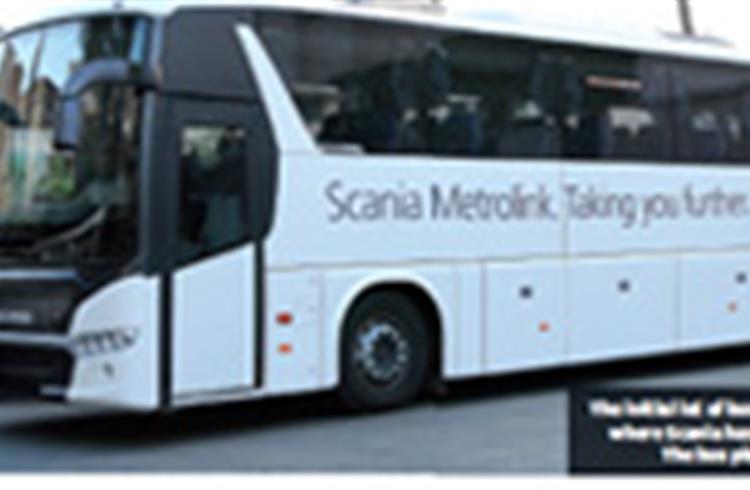 Six years after entering India through a joint venture with Larsen & Toubro, Swedish commercial vehicle maker Scania has upped its bet on India by setting up a manufacturing plant in Narasapura, near Bangalore. The company has invested Rs 250 crore in setting up this plant – the company’s first manufacturing facility in Asia.

Scania Commercial Vehicles India’s plant has a production capacity of 2,500 heavy-haulage trucks. The bus plant, with an annual capacity of 1,000 units, is expected to be operational by May 2014. Like all other overseas players, Scania will localise the products for the Indian market and has currently been able to achieve a low localisation level of 18 percent for trucks and intends to increase this to 27 percent. As far as bus bodies go, the company will have them 100 percent localised. Scania will employ over 800 people at this facility over a five-year period.

The plant will serve as the company’s head office and centre for all commercial operations across the country. These will consist of final assembly of trucks with bodywork and building of complete coaches along with a service workshop and a central parts warehouse.

Inaugurating the plant on October 29, Martin Lundstedt, president and CEO, Scania CV AB, said: “Today marks the beginning of a new era for us in India, and it is our largest industrial footprint in Asia so far.”

The Narasapura plant in Karnataka will house two manufacturing units – one for truck assembly and another for buses. Scania has already begun production of trucks at the new facility from June this year as also production trials for mining and off-road trucks. Production of on-road trucks will start soon. Incidentally, Narasapura is one of the south’s upcoming automotive hubs and Honda Motorcycle & Scooter India inaugurated its third manufacturing facility earlier this year.

Scania has larger plans for the Indian market. The Narasapura plant will also function as an export hub in the coming years. “I am sure this production line along with our total operating economy concept will create great quality vehicles and will be a strong witness of the Made-in-India label globally,” said Anders Grundströmer, managing director of Scania Commercial Vehicles India and senior vice-president of the Scania Group.

The company has bagged an order for 120 inter-city buses from Surat-based fleet operator SiddhiVinayak Logistics Ltd (SVLL). Some of them are designed by DilipChhabria of automotive design firm DC Design; the 31-recliner seater, ‘seven-star’ luxury passenger buses cater to the requirement of corporate executives on the move. SVLL will run a bus service under the title ‘SVLL Connect’ and will operate the first service between Mumbai and Surat.

Other routes that will be connected by the 120 buses will be Mumbai-Pune, Mumbai-Surat, Mumbai-Ahmedabad, Mumbai-Bangalore and Surat-Ahmedabad routes with stopovers at exclusive SVLL bus-stops. The buses have been designed to provide services similar to an in-flight experience to travellers.

Eight buses a month will be delivered to the new customer, starting December. These buses will initially be imported from Malaysia till Scania’s India bus plant starts its operations. The Swedish major has inked an alliance in Malaysia to assemble buses. Since entering India through a partnership with Larsen & Toubro, Scania has sold around 1,000 trucks in the country.

There are major hurdles in the automotive industry’s way such as not-so-good road infrastructure, unclear government policies and the slated implementation of the GST (goods and services tax) that has been hanging fire for some time now. Yet Scania sees ‘promising signs’ in India. It is betting that the Indian truck market will see a significant shift to large and powerful trucks in the next 10-15 years.

The segment in which where Scania operates is around 1,200 units strong annually in India. Within that segment, Scania has a claimed share of 20 percent share in the mining application trucks. The plan is to increase this share to 30 percent by the end of this year.