The fly in the ointment continues to be the combination of rising fuel prices, high interest rates and poor buyer sentiment. 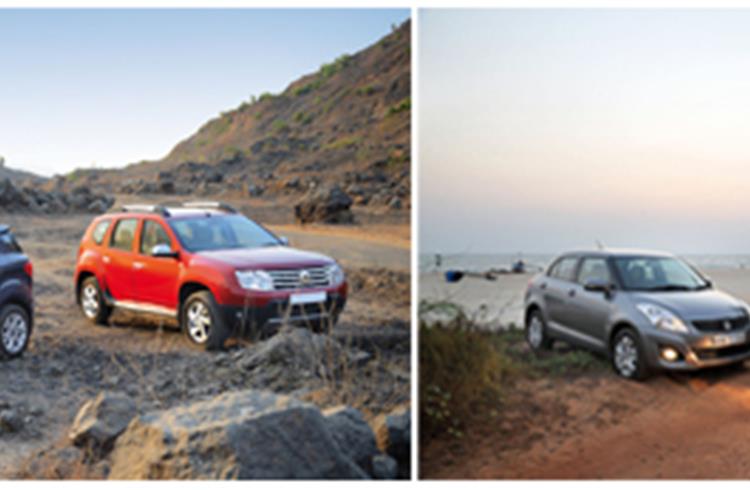 August 2, 2013: As automobile manufacturers in India reveal their sales numbers for July 2013, it’s clear that the overlying haze of poor sales will not go away in a hurry. The fly in the ointment continues to be the combination of rising fuel prices, high interest rates and poor buyer sentiment.

Maruti’s sales performance in July is its first positive numbers tally since the beginning of 2013-14. While sales were flat in April, the fall in May was 13 percent and in June, by 7.8 percent. In June, the carmaker had shut two of its plants in Gurgaon and Manesar for a day to adjust to low demand conditions, which was followed by a six-day scheduled maintenance closure.

Meanwhile, No 2 player, Hyundai Motor India Ltd (HMIL) registered sales of 25,965 units, down by six percent (July 2012: 27,585). July also saw the company undertake its planned periodic annual maintenance shutdown of its production facilities. Rakesh Srivastava, senior VP, sales and marketing, said, “Volumes are under pressure despite attractive consumer promotion as customer and market sentiments continue to be suppressed. The frequent price increase on the fuel front on account of depreciating rupee has further increased the challenge to grow volumes.”

Mahindra & Mahindra’s passenger vehicles segment (which includes UVs like the Bolero and others, the Verito and its sub-4-metre version the Verito Vibe) sold 15,530 units in July 2013, a decline of 29 percent (July 2012: 22,011). Pravin Shah, chief executive, Automotive Division, M&M, said, “Over the last few months, the auto industry has been going through one of its worst phases of the last decade with planned shutdowns undertaken to correct demand-supply mismatch. The industry is in desperate need for an immediate stimulus from the government. With interest rates remaining unchanged and the rupee plunging to new lows, lowering of excise duty is the need of the hour which will rev up demand for auto products, leading up to the festive season.”

Tata Motors’ cumulative sales of passenger cars add up to 45,332 units in the first four months of this fiscal. While the Nano/Indica/Indigo range accounts for 36,019 units, the Sumo/Safari/Aria/ Venture range constitutes 9,313 units. The company has refreshed its entire passenger range and in mid-June had put them on display at a high-decibel event in Pune. It has also launched a CNG line-up for the Nano, Indicaand Indigo under the e-Max template. A host of service-oriented initiatives has also begun. Some carmakers, buoyed by new car launches, have posted decent sales increases. Honda Cars India saw its July 2013 sales increase by 156 percent, thanks to the Amaze saloon. The company, which sold 11,223 cars (July 2012: 4,386), posted 155 percent growth. The Amaze was the big seller with 6,515 units, its highest so far and exceeding its May 2013 sales of 6,036 units. The vehicle, which currently has a 4-5-monthwaiting period, is expected to keep driving sales for Honda. In July, Honda also sold 2,602 Brios, 1,953 Citys, 20 Accords and 133 CR-Vs.

JnaneswarSen, senior VP, marketing & sales, said, “The Amaze is maintaining very good growth momentum, having sold more than 24,000 units since its launch. As a strategic decision, Honda plans to start a third shift from November 2013 to reduce the vehicle’s waiting period.” In the fiscal year till now (April-July 2013), Honda Cars India has sold 40,350 units and posted a cumulative growth of 65 percent as against 24,462 units sold during the year-earlier period. Meanwhile, Ford India sold 7,867 units in the domestic market in July 2013, a 26 percent increase (July 2012: 6,236). The company also exported 4,471 units, its highest number ever, an increase of 114 percent year-on-year from 2,087 units. “Despite the near-term difficulty in the economy, our customers have put their trust in the EcoSport, and with the Figo ranking as the best premium compact car in the prestigious J.D. Power India Vehicle Dependability Study 2013, we are delighted to achieve the highest-ever sales in our history this month,” said VinayPiparsania, executive director (Marketing, Sales and Service).

The EcoSport SUV, launched towards the end of June, according to the company, received 30,000 bookings in the first 17 days after its launch. However, it also ran into a few problems with the company recalling the diesel variant (972 units) for a problem with the location of the glow plug module. The company has also begun shipments of the EcoSport to South Africa, Mexico and Aruba, an island in the South Caribbean sea, located about 30km from Venezuela. Chennai will be a global hub for EcoSportexports, Ford Motor Co’s president Alan Mulally had said when he visited the Chennai facility at the rollout of the SUV on June 17.

“The Duster has played a crucial part not just in Renault’s success in India, but also in spearheading the changing landscape of the Indian automotive industry,” said Sumit Sawhney, executive director (marketing &sales), Renault India. “We are confident that the Duster’s unbeatable roominess, performance and innovation will continue driving its competitiveness in the market,” he added. The carmaker has, over the past two years, expanded its network of dealerships considerably – from 14 outlets in May 2011 to 100 locations at the end of 2012 – and also strengthened dealer personnel teams.

Hero MotoCorp Ltd (HMCL) reported flat sales of 487,545 two-wheelers in July 2013 compared to 484,217 units sold in July 2012, up only 0.69 percent. The month saw the company announce its acquisition of a 49.2 percent stake in its American partner Erik Buell Racing (EBR) and launch its operations in new international markets such as Kenya, Burkina Faso and Ivory Coast in Africa. Peru operations are to start later this month. According to Anil Dua, senior vice-president (marketing & sales),“Our growth in July has come in the wake of good demand for our motorcycle brands such as Glamour and Ignitor and our scooter models Pleasure and Maestro. We are hopeful of sustaining this positive momentum in the coming months as we gear up for the festive season which would see a slew of launches from us.” Bajaj Auto, which is experiencing labour problems at its Chakan plant, posted a 20 percent decline in overall sales. In July 2013, it sold 246,828 motorcycles (July 2012: 308,858) comprising both domestic and export sales.

A hard-charging Honda Motorcycle & Scooter India (HMSI) recorded its highest ever sales in India since it began operations 13 years ago. In a press release, HMSI says it sold 287,177 two-wheelers in July 2013, notching a growth of 13.9 percent YoY (July 2012: 252,114). The sales split is 147,635 motorcycles and 139,542 scooters in July 2013. HMSI says demand for its motorcycles rose 35 percent, led by demand for the Dream Series commuter bikes (Dream Yuga and Dream Neo). The company’s motorcycle sales have crossed scooter sales for the first time. The scooter range recorded 8 percent growth.Y S Guleria, vice-president (sales & marketing), HMSI said, “Honda has achieved its highest ever sales, the highest domestic market share of 24 percent and also became second largest player in domestic and export sales combined in the Indian two-wheeler industry. This is largely attributed to the overwhelming demand for Dream series and the increase in production with the start of the second line at the third factory in Narasapura, Karnataka (which has started rolling out Activa scooters).”

India Yamaha Motor has posted a sales increase of 34.5 percent in July 2013, selling 37,494 units (July 2012: 27,858). On July 22, the company had recalled 56,082 of its Ray scooters, after it detected insufficient strength in the handlebar of some scooters arising out of inadequate welding issues. According to the company, in extreme cases, the glitch is likely to impact the scooter’s steering operation. The recently launched Ray Z is unaffected by the recall. Meanwhile, Mahindra Two Wheelers registered sales of 14,612 units in July 2013, an increase of 46 percent (July 2012: 10,008). The Centuro motorcycle sold 10,158 units in the first month of its launch.

“July has been a significant month, particularly with the launch of the Centuro. We are truly delighted with the excellent response this new product has received in such a short period of time,” said VirenPopli, executive vice-president – Mahindra Two Wheelers.