Mercedes-Benz uplifts the mood with MBUX

The intuitive new user experience software looks to redefine the in-cabin experience for Mercedes-Benz customers with a plethora of connectivity and AI-driven features aimed at establishing an emotional connect with vehicle occupants. 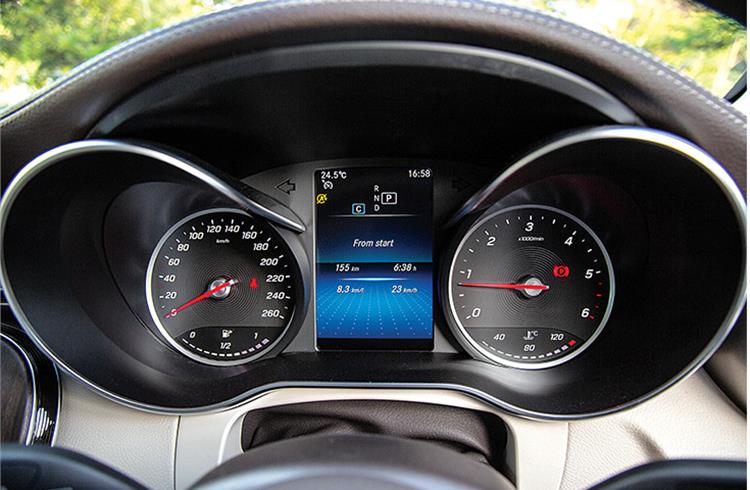 As connectivity and in-car infotainment needs continue to soar with rapid advancements in digital technology as well as the hunger to stay connected and informed at all times, carmakers worldwide are being pushed to the edge to include more and more connectivity features in their new models.

Clearly, these connected-car and telematics functions are gaining more popularity among consumers both from a safety as well as entertainment point of view, and also indicate towards a future, when the role of these engagement tools will become even more pertinent when driverless cars become a reality on the roads. 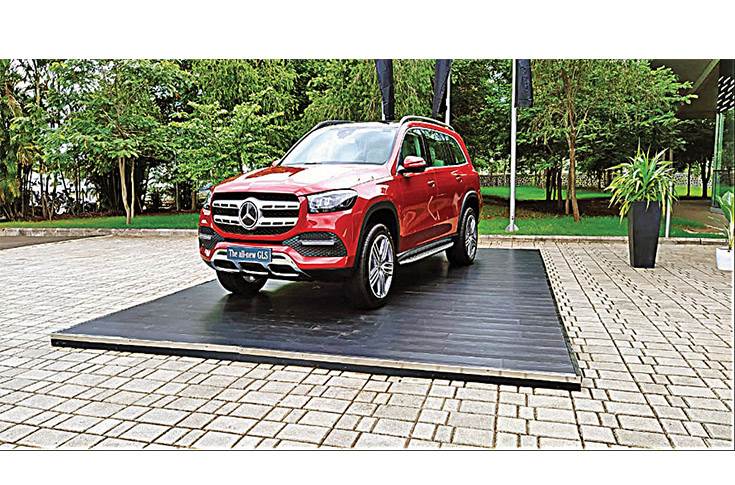 German luxury carmaker Mercedes-Benz took to this path of loading its cars to the brim with the latest in the digital world by developing the new and intuitive in-car infotainment system software christened MBUX. This acronym stands for Mercedes-Benz User Experience and takes over from the erstwhile COMAND system, which was a mainstay in all Daimler Group cars until 2018 when this revolutionary technology was showcased at the Consumer Electronics Show in Las Vegas, in the latest Mercedes A-Class.

Now, MBUX is increasingly being bundled with every new model being launched by the company across geographies and is taking over the functions of audio, video, telematics and telecommunications from the cockpit management and data system (COMAND) that would eventually be phased out of the market.
In India, it marked its debut with the launch of Mercedes’ latest GLC SUV in December 2019 and saw a special role being played by the giant’s Indian R&D arm — Mercedes Benz R&D India (MBRDI) — towards the indigenisation of the technology.

So, what exactly is new in the MBUX and does it really make for a smooth and user-friendly experience of controlling the infotainment and connectivity features? Well, to start off, the new software suite now enables touch as well as voice control and aims to enhance safety and user-friendliness from the driver’s point of view.

Establishing an EQ with the car
A unique ability of the system is its capability to learn user habits with the built-in artificial intelligence (AI) engine. Mercedes-Benz claims that the MBUX can be individualised and it adapts to suit the user, and thus, creates an emotional connection between the vehicle,
driver and passengers.

The system, for instance, would remember the occupants’ taste in music and would highlight a particular track to be played easily without having to look for it much. Moreover, the AI technology also helps it recognise the ambient temperature setting inside the car, daily commute route as well as favourite destinations that it would often throw in the top suggestions while switching on the navigation.

The MBUX also includes intelligent voice control and natural speech recognition to awaken the system with the standardised keyword — ‘Hey Mercedes’. So, the driver can summon the personal assistant to operate multiple functions from controlling the volume of the audio to asking it to set the desired AC temperature or turning on the particular massage function in the luxurious massage rear seats.

The assistant can also search the web for a peculiar query thrown at it, by the virtue of the on-board e-sim in the car, which also unlocks a whole host of connected-car functionalities with the corresponding ‘Mercedes Me’ mobile application that can allow the owner to track the car, lock, unlock or geo-fence the vehicle remotely. Owners can also update the system software through regular over-the-air (OTA) updates released by Mercedes-Benz.

Compared to the COMAND system, which could only be operated by a knob and dial placed on the centre console, MBUX’s strengths further include the high-resolution widescreen cockpit with touchscreen operation – something that has become ingrained in us with the constant exposure to the touchscreens on our smartphones today.

Furthermore, the comprehensive touch operation concept, which combines the touchscreen mounted on the dashboard, the touch pad on the centre console and touch control buttons on the steering wheel, aims to offer a fluid experience while browsing through the system as well as minimising driver distraction.

Enhanced navigation through AR
Mercedes-Benz designers and researchers have gone a step further to aid seamless operation and intuitiveness by incorporating augmented reality (AR) to display 3D maps for navigation. In this regard, what the system also does is it fires up the front camera and displays street names and other places of interests right on the ongoing navigation on the centrally-mounted touchscreen or the digital instrument cluster in front of the driver.

Special feature for India
In a recent collaborative effort, Mercedes-Benz and MBRDI, along with navigation provider MapmyIndia, rolled out a useful feature taking cognisance of the current circumstances, where the navigation would highlight the nearest Covid-19 testing as well as isolation centres right on the infotainment screen while navigating to a destination. 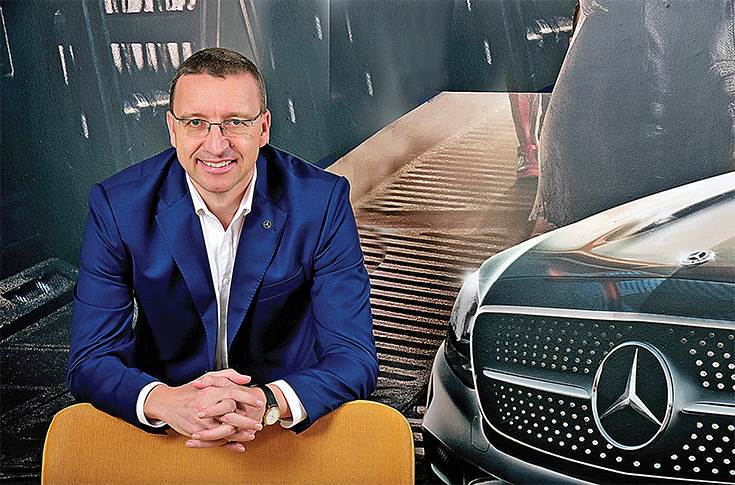 The feature was introduced in the recently launched flagship Mercedes-Benz GLS SUV on June 17. According to Martin Schwenk, MD and CEO, Mercedes-Benz India, “Our colleagues at MBRDI have supported with a local innovation, which now enables all MBUX NTG 6 head units to display Covid-19 testing centres in the navigation pane. This innovation underlines how fast Mercedes-Benz can react and help customers using technology. This data will be available for all the major cities including Delhi, Mumbai, Chennai, Kolkata, Bangalore, Hyderabad, and Pune. This has been achieved in association with MapmyIndia.”

The GLS also comes equipped with the latest generation of the MBUX infotainment system and fully connected through the Mercedes me Connect services.
“The new Mercedes me App with highly intuitive user interface is being rolled-out for all Mercedes me connect owners starting July 1, 2020. This new application provides a platform to offer new features that are capable of OTA updates. We will be shortly rolling out geo-fencing, vehicle finder and remote open-close of windows and sunroof.” commented Schwenk. 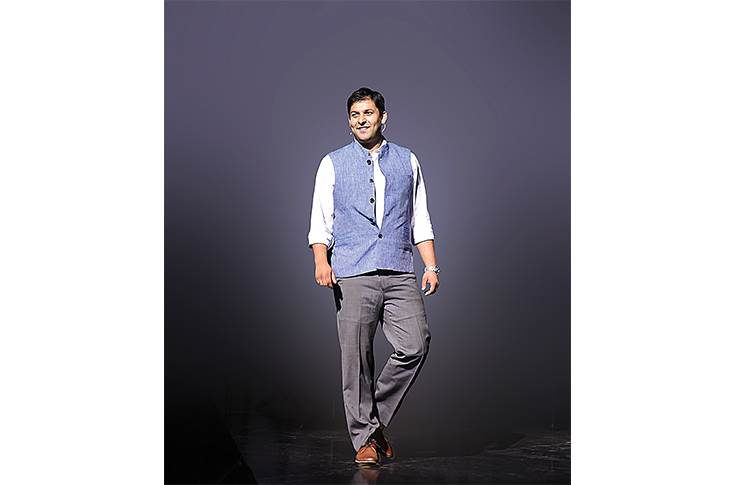 According to Rohan Verma, CEO and ED MapmyIndia, “MapmyIndia got into action to map out all hyper-local coronavirus-related information that would be valuable to Indians and help them keep safe. To disseminate this information as widely as possible, we thought of leveraging our decade-long deep integration with almost all automotive OEMs operating in the country. This helped us develop ready-to-adopt and deploy solutions for any automotive ecosystem. The quick inclusion of the Covid-19 test centre tracker into the Mercedes-Benz GLS SUV is a direct result of this integration. I strongly believe that this unique partnership will further proliferate the adoption of technology-based Covid-19 safety solutions amongst OEMs and companies, automotive or otherwise.”

Now, as the world of automobiles continues to be increasingly shifting towards becoming a world of new-age mobility solutions, the time has come when connectivity features in cars and other modern means of transportation would be highly ranked and will take precedence over other creature comforts. The times, they are a-changin' — and how.
(These are excerpts of the interview, published in Autocar Professional’s July 1 issue, also an annual ‘Connectivity & Electronics  Special’ issue.)