EV funding in the fast lane

Fire and fear notwithstanding, the EV startup segment has seen a steady inflow of funds from investors globally. 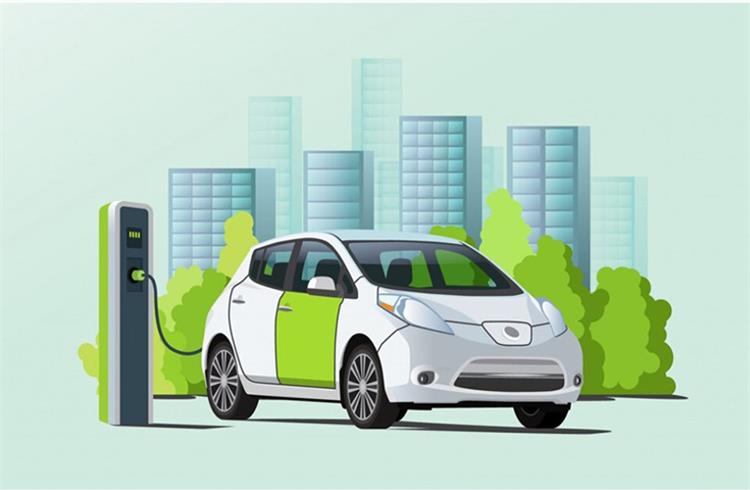 EV sales are picking up at a fast and a furious pace and if there is another aspect of EVs that’s able to keep track, it is no doubt the investment in EVs. While retail sales of EVs hit their highest in FY2022 and just Q1 sales of FY23 account for 49 percent of FY22’s total, the jump in PE investment in EVs has seen more than 10 percent jump this year so far.

In January-June 2022, the Indian automotive sector clocked over 10,000 crore ($1.25 billion +) of PE investment. While in absolute terms, it is a huge amount, one can understand the extent when seen in comparison to the previous few years.

The EV push
The question then is so what’s driving the investments? One of the most important factors has been the positive stance or push being given by the central and several state governments. This has acted as a definite booster for the growth of Indian electric auto startups. Therefore, companies are raising funds to improve their R&D structure, advanced technology integration, innovation, testing and international expansion. What’s further abetted the fund raising is the possibility of 100 percent ownership via FDI, a growing awareness about sustainable mobility and the larger goals of sustainability and the need to cut down emissions.

The second phase of the government’s FAME scheme has been a huge boost. It aims to support 55,000 electric passenger cars and 10 lakh electric two-wheelers, apart from other EVs. The more recent Rs 26,058 crore Production Linked Incentive (PLI) scheme for the auto sector is expected to additionally bolster India's manufacturing capabilities in areas such as Advanced Cell Chemistry.

With EV acquisition costs set to narrow as compared to internal combustion engine vehicles over the next two- three years, the market for electric vehicles for commercial use is expected to grow to $150 billion by the end of the decade, industry estimates suggest. As a result, this factor has also played a critical role in attracting significant investor interest.

Not just the marquee startups like Ather, Ampere and Ola, several relatively small ones have also been successful in raising some funding. HOP Electric Mobility closed a strategic round of $2.6 million funding as part of an ongoing $10 million pre-series fundraiser. With this fundraising, HOP is targeting 10x growth this year. In the process of developing Gen 2 smart batteries and swapping stations, it also plans to roll out two new products on the new platform supported by Gen 2 batteries.

Its strategic investor is a public-listed company believes that, “The Indian automobile industry is at an inflexion point. This is primarily because the Indian EV ecosystem is becoming increasingly mature. With time, the Research and Development, cell testing and pilot/prototype trials will strengthen."

RevFin and Hero Electric have also inked an agreement to jointly finance and lease 2,50,000 electric two-wheelers over the next three years. The startup aims to disburse Rs 40,000 crores for 17 lakh electric vehicles, over the next five years.

Trouve Motor, a manufacturer of high-speed electric motorcycles and sports cars, brought in a blockchain integrated structure with its own metaverse ecosystem, and was incubated in FasterCapital’s Raise Capital programme to raise about $3 million for its seed funding round. Trouve will roll out an advanced hyper-sports bike, which is designed to reach speeds of over 200 km/hr and also a range of around 350-500 km.

Tadpole Projects, a startup electric-mobility company incubated at Technology Innovation Hub (TIH) for Cobotics, of IIT Delhi is the only home-grown company that is known to be retrofitting ICE to EVs. Meanwhile lithium-ion battery recycling start-up BatX Energies raised $1.6 million (approximately Rs13 crore) in a seed funding round led by JITO Angel Network. The investment will expand the startup’s footprints in the Indian and International markets.

Quality matters
Simple Energy, the Bengaluru-based startup that raised $21 million as part of an equity funding round, says that in the long run, only innovation, which is capital intensive, will sustain and often quality can become the deciding factor in attracting the funds. “PE or any other investment firms are looking to put money in the right product,” pointed out Shreshth Mishra - Co-Founder - Simple Energy.

Another battery swapping startup, Battery Smart, that closed a Series A funding round of $25 million concurred with the view. The funding round was led by Tiger Global, along with participation from Blume Ventures and Orios Ventures. In November 2021, it raised $7 million in a pre-series A round led by Blume Ventures and Orios Ventures, along with notable angel investors. The funds will be utilised to expand to new territories, strengthen its battery assignment technology and build its team to continue scaling operations.

Turno, a first-of-its kind startup in the commercial EV segment has announced that it has raised $3.1 million in new equity financing. The investment was led by Stellaris Venture Partners, along with Avaana Capital.

EVage recently raised $28 million from Red Blue Capital. The same will be deployed to complete the production-ready factory and build supply chain to fuel the immense industry demand for Commercial EVs in India.

However, while the hectic funding rounds are being closed, it won’t be wrong to say that the sudden spate of EV fires in the peak summer months in India put a huge question mark on the overall quality issue of many of these cash-rich startups. The industry however is not very worried. While it is true that some companies and EV products have recently faced fire hazards, the consensus across stakeholders is that it all boils down to one thing – “how meticulous and robust is the entire EV manufacturing process?”

AK Prabhakar, Head-Research, IDBI Capital Markets and Securities explained that, “EV is a nascent industry and accidents are prone to happen while few startups didn’t anticipate the negatives of the business and are now paying a big price.” Bringing in a pragmatic perspective in the context of the recent rounds of tightening by the Reserve Bank of India and the overall global liquidity scenario, Prabhakar added that, “Liquidity plays an important role in funding activity and as interest rate move higher and funds dry up, only selective good projects would get funding.”

Offline chats with several PEs with active investment in several of these EV startups indicate that they continue to remain optimistic buoyed by the volume of money already at play. “The Indian automotive industry and EV market are evolving every day. And, I believe we have a lot to offer to the global automotive sector,” signed off a key PE investor who requested anonymity.