Bajaj Auto, which is allset to venture into a new category of motorcycles through KTM, lines up bigger, premium Pulsar and Avenger models, and is also upgrading its Chakanplant for production of bikes under the Husqvarna brand. 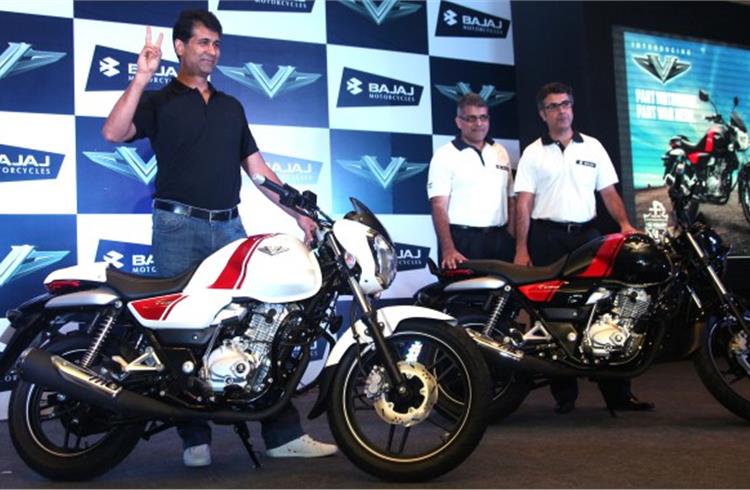 Bajaj Auto, the second largest motorcycle manufacturer and the largest exporter from India, has big plans for 2016 and 2017. The company, which made headway into the premium motorcycle segment in 2012 by launching the KTM 200 Duke, kick-started a trend that marked a shift of commuter motorcycle users to the premium end.

Having four products (Duke 200, 390, RC200, RC390) within its portfolio under the KTM brand, the company launched the single-cylinder, 200cc RS200 last year under its Pulsar brand in two variants including one equipped with ABS. While the latter became the most expensive Pulsar model, according to the company, the ABS variant of the Pulsar RS200 sold more than the non-ABS one. This clearly points out that although there is a growing room for premium motorcycles, potential customers are also upgrading themselves in terms of new categories of motorcycles, safety aspects, value-for-money features and others.

Autocar Professional learns that the company is gearing up to take the domestic market a notch higher in terms of creating space for new-value motorcycles. With a solid product strategy in the premium motorcycle segment, Bajaj Auto is looking at possibly opening up the adventure-touring category (with new model(s) lined up under the KTM brand), cruiser segment (possibly with a 375cc cruiser model under the Avenger brand) and multi-purpose urban-touring category (via CS 400 under the Pulsar brand) in the domestic territories. 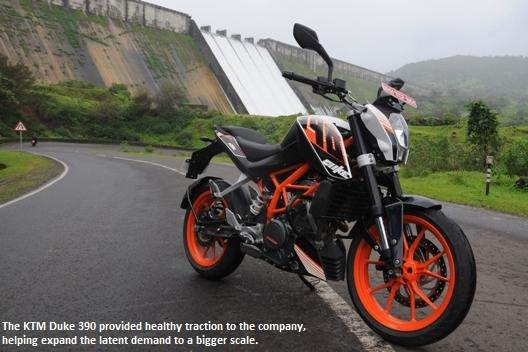 That said, the upcoming products are also expected to open up new global markets for expanding business under exports for Bajaj Auto.

The company is also learnt to have initiated the process of upgrading its Chakan facility for the production of motorcycles under the Husqvarna brand.

Multiple sources aware of the developments at Bajaj Auto have confirmed its aggressive product line-up and the ongoing activities at its Chakan plant, where the company currently manufactures the KTM models for domestic as well as the export markets.

Many sources have pointed out that the upcoming adventure-tourer motorcycle from Bajaj Auto will be from the KTM brand, and will rival Royal Enfield’s recently unveiled single-cylinder, 411cc Himalayan. Commercial launch of the new motorcycle is to happen soon.

“The all-new adventure-touring KTM motorcycle is expected to be commercially launched as early as April-May 2016,” revealed a source who did not wish to be named.

Another source aware of the development informed Autocar Professional that “the company has possibly developed the adventure-touring models under two engine displacements. These are the ones which it already manufactures locally.”

It is known that the company currently manufactures four engines for KTM models that are sold domestically and in the export markets – 125cc, 199cc, 249cc and 375cc – all with a single-cylinder configuration.

Bigger Avenger and Pulsar in the offing

Multiple sources have confirmed that a bigger Avenger and a more premium Pulsar (both potentially using the single-cylinder, 375cc engine) are being readied by the company, and the projects are in their final stages of testing and validation. The Pulsar referred here could be understood as the derivative of the CS 400 concept that was showcased by the company in 2014 Auto Expo. 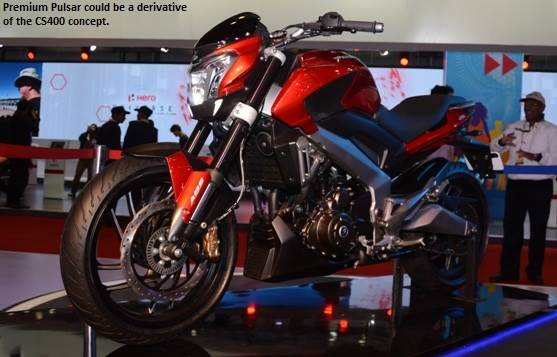 “A bigger Avenger is scheduled to come later this year, and so is the Pulsar. However, the timelines are not clear as the respective launches could change depending upon how the market reacts this year,” added another reliable source.

Bajaj Auto has found remarkable traction in the market with its Avenger brand. The company saw Avenger sales picking up when the industry sales were declining last year, thanks to the new Street 150 and the 220cc variants of the cruiser.

“The bet on the 150cc cruiser segment has paid off well and Bajaj Auto has successfully found buyers in the affordable category. In terms of now extending the brand to the more premium end (in the league of higher engine displacement) the company could well position a 375cc Avenger (potentially naming it as Avenger 400) in the market to unsettle Royal Enfield’s hold in the midsize segment. This obviously would depend on the product packaging, the feel, sound, pricing and many other crucial factors,” explained a source close to the company. 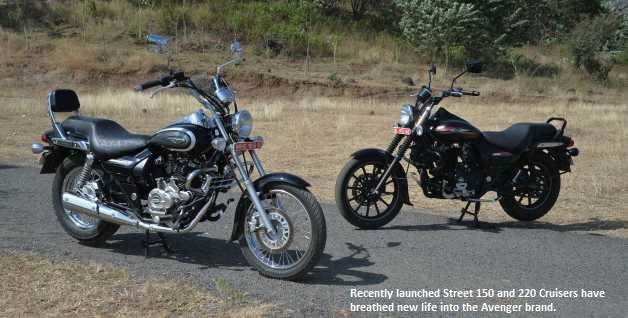 Talking to Autocar Professional in the context of Bajaj Auto’s aggressive product strategy at the premium end, VG Ramakrishnan, managing director, Avanteum Advisors LLP, said: “That’s an area that they have worked hard for and it makes sense if they want to protect their hold on it. The focus on the premium segment allows them to focus on profitability and the consumer shift towards the higher segment. Further, with manufacturing of new KTM models, the exports are also expected to pick up. However, these markets are very different, and we will have to see how this pans out in the near future.”

Rajiv Bajaj, managing director, Bajaj Auto has often referred to the Chakan plant as a research and development laboratory. The plant has occupied strategic importance within Bajaj Auto as it houses the production setup of KTM motorcycles. According to three different sources in the know of the development at the plant, the company is busy upgrading the facility for the production of Husqvarna motorcycles.

It can be recalled that Stefan Pierer, CEO, KTM Motorcycles, has already stated earlier in one of the product launches in India that the company looks at bringing the models under the Husqvarna brand to the local markets as well. 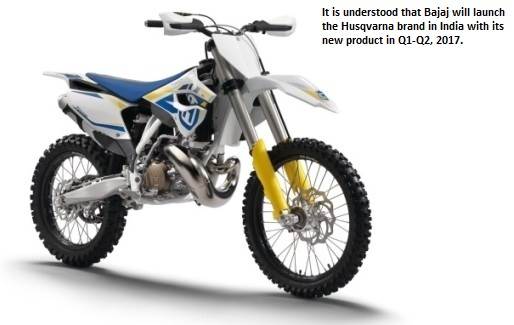 If a source working on the project is to be believed, the company plans to launch the Husqvarna brand with its product in Q1-Q2, 2017.

“Bajaj Auto has shifted the manufacturing of Pulsar motorcycles from the Chakan plant. The facility is being readied for the production of Husqvarna motorcycles. It is following a timeline of March-April 2017 for a commercial rollout of the model(s) under this brand in India,” disclosed a source from the company, who wished to stay anonymous.

Giving his perspective on the company, Abdul Majeed, partner, automotive, Price Waterhouse (PwC India), said: “FY15-16 was a challenging year for all two-wheeler companies in India. The export markets were also affected because the economies, which are key markets where two-wheelers are exported, are dependent on oil revenues. Since global oil prices are down, export orders are also down. For Nigeria, a key market for Bajaj Auto, this is not great news at all. For Bajaj Auto, which has its distribution network in place and has the knowledge of Indian consumers, the right products with right pricing will define its prospects in 2016 and 2017. They are not in scooters, so obviously they need to be aggressive on the motorcycles, be it the 110cc, 125cc, 150cc or 250cc class. The company will have to very clearly understand the changing customer preferences in order to continue tapping growth. I believe that Bajaj Auto will see benefits coming from the new launch (V15 model) in the coming months. Whether they will be able to sustain is all about how the word of mouth gets spread and how the product meets the aspirations of its customers.” 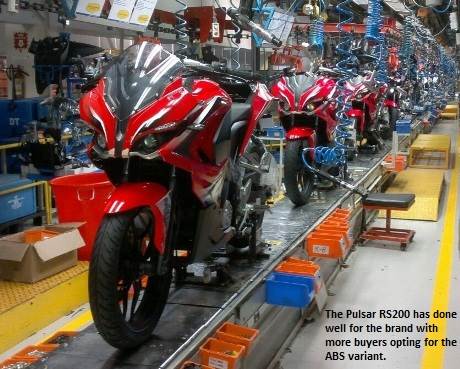 On the possibility of a more premium model under the Avenger brand and competing against the likes of Royal Enfield, Majeed added that “it is a brand that is well accepted in the market because of the great features on offer, the looks and other factors. I estimate that the Avenger brand should do well in 2016-17 and hold on to a good growth on its name plate as the company has worked hard on various factors that lead to product packaging. To unsettle Royal Enfield, you need to have a very strong product with a very good pricing. People buy RE bikes because these can be used for pleasure riding as well as daily commutes. Any upcoming product(s) have to be better than what is already there in the market. Therefore, bringing the right product to the market would be the key. They should be able to put a good fight in the market in 2016-17 against the potential rivals (Harley Davidson, Royal Enfield).”

While unveiling the V15 in Delhi recently, Bajaj said: “In order to address a problem, we believe a right strategy would be to look for a solution for bigger scale. To address the problems of 125cc, we went to find the answers in the 150cc class.”

It is understood that with the V15 model, the company is looking at potential buyers not just from the 150cc class. Further to keep it competitively priced, the company has priced the V15 at Rs 62,000 (ex-showroom, Delhi). 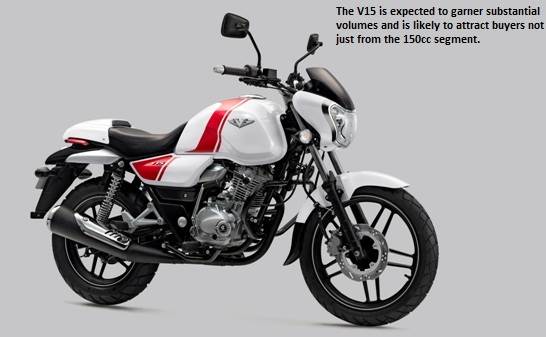 In this context, Ramakrishnan said, “The Discover brand could not make a dent in the commuter motorcycle segment. The company therefore needed a new narrative to make an impact among the potential customers. The narrative would be a part of this aggressive push (referring to the overall product strategy). You cannot discard the volume segment in its entirety. There are different ways to address the same elements, probably address them with slightly premium level. An effective analogy here could be that of the premium hatchbacks. A premium hatchback costs almost the same as an entry level sedan. However, they are selling a lot in the local markets. Therefore, it is not wrong to understand that there could be a premium end within the commuter motorcycle segment as well.”

Talking about the expectations from the V15 model and the margins of Bajaj Auto, Arun Agarwal, auto analyst, Kotak Securities,said: “Last year they launched a number of models in the commuter bike category which helped them grab substantial market share. Margins are overall good for the company despite all challenges they have been able to hold on to the 20 percent EBIDTA. In terms of garnering sales volumes, the key would be the V15 motorcycle this year. We need to see how the V15 performs over the next one year. It could boost the volumes for the company substantially, and if the product is right then it should be able to hold on its own as well even in the foreseeable future. Looking from a long-term perspective we need to understand where exactly the volumes are there in the market.”