Alten to set up auto testing lab in Chennai

With many OEMs in India starting to focus on in-house R&D, the demand for auto testing and validation facilities is increasing rapidly. Among other areas, automakers are interested in developing in-house solutions for powertrain and body electronics to increase localisation levels. But skill sets in these areas are limited with just a handful of technology providers in India catering to OEMs' testing and validation needs. 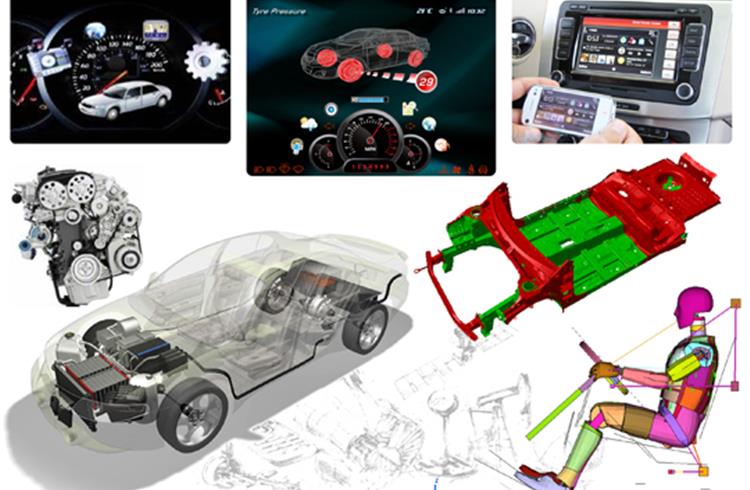 With many OEMs in India starting to focus on in-house R&D, the demand for auto testing and validation facilities is increasing rapidly. Among other areas, automakers are interested in developing in-house solutions for powertrain and body electronics to increase localisation levels. But skill sets in these areas are limited with just a handful of technology providers in India catering to OEMs' testing and validation needs. That is why Alten, the 1.2-billion euro French engineering and technology service provider, expects to tap a huge and growing opportunity. Its USPs are a proven track record in testing and validating auto sub-systems and offering solutions for other vehicle segments. Mrinmoy Purkayastha, associate vice-president, marketing, Alten India (pictured), says Alten has capabilities in testing and validating vehicle sub-assemblies, particularly in the powertrain and chassis.

While many foreign vehicle manufacturers have set up their standalone or joint venture facilities in India and started mass production for both Indian and overseas markets, some of them continue to source powertrain- related technical know-how and sub-assemblies, either from their parent companies or from other engine manufacturers.

Purkayastha cites the example of how Suzuki helps its Indian subsidiary Maruti Suzuki in powertrain solutions in cars like the Swift while Fiat caters to the engine needs of Tata Motors’ vehicles like the Indica. “Design of the engine and engine management system takes place either in Europe or Japan and is then brought to India. The domestic OEMs either source technical know-how and sub-assemblies for engines in India or import engine blocks,” explains Purkayastha.

Now slowly this trend is changing as the OEMs focus on indigenous solutions. This is a trend that Alten seeks to leverage even as its expertise includes supporting OEMs to carry out R&D activities for petrol, diesel and hybrid engines, he elaborates. Alten began its India operations in 2010. It currently has four technology centres – two in Bangalore and one each in Chennai and Mysore. It supports R&D departments of OEMs, Tier 1 auto component makers, independent software vendors (ISVs) and semiconductor vendors. It has a strong presence in the areas like system engineering, embedded product engineering including networking and cloud computing and software engineering services. Apart from automotive, it caters to telecommunications, education, aerospace, defence, energy and life sciences and the railways.

Through its Bangalore and Chennai technical centres, Alten has started offering its services to the automotive segment from the fourth quarter of 2012. Currently, engineers at its Bangalore unit offer system engineering services to foreign OEMs. These services include system modeling using technologies like Matlabs and Simulink, tools used to create models for control systems in vehicles. Engineers also engage with customers to design parts and sub-assemblies. Purkayastha says the software skills for infotainment are at the Chennai centre and buoyed with the response in these service domains, the company has decided to set up an automotive testing facility in Chennai. Alten has 20 test benches (auto testing laboratories) for different carmakers in Europe. This expertise will be further leveraged to operate the new testing facility, which is expected to start functioning in June.

Testing green tech
In addition to its expertise in powertrain area, Alten also specialises in testing and matching batteries for hybrid vehicles. The engine control system is more complex in hybrids compared to other conventional vehicles, it involves power generation from the battery rather than petrol or diesel engines. The testing laboratory will validate the size and discharging characteristics of batteries to match them with the EMS in hybrids. The company is already involved in this kind of work with Renault, Schneider and PSA Peugeot among some European players. The same will be extended to the Indian customers too, says Purkayastha. The European company is already working with Daimler, Volvo, PSA Peugeot, Renault, Continental, Delphi, Valeo and Faurecia in Europe. Many of these including Volvo, Daimler, Renault, Continental and Faurecia have Indian subsidiaries and Alten has already initiated talks with some of these companies. “Currently, the auto revenue from India is minuscule as the system engineering and infotainment-related services have been offered only to foreign OEM customers through its French parent. But in three years, 25 percent of the Alten’s Indian revenue is expected to come from the auto business,” predicts Purkayastha. Jayakumar Ettennil, director, Alten India, says his company has a distinct advantage that it has been already working in the R&D process of several foreign OEMs. It now has to adapt this expertise for Indian clients. “Alten has already started discussions with several domestic OEMs, which are impressed as we are investing in the area in which they are interested,” he claims. In order to gear up for a larger local role, Alten plans to increase its overall workforce to 2,500 engineers by 2016, of which 600 will be in the auto practice. At present, Alten India is making investments in India to directly support local auto customers. Ettennil hopes to close deals with around four to five customers in 2013 and twice that in 2014. He hints at an auto testing facility in Bangalore in the future if initial interest from OEM and Tier 1 parts makers gains critical mass. Out of 900 employees in India, the company engages 450 engineers at both of its facilities in Bangalore while 400 work at the Chennai centre and 30 in Mysore. Alten’s 2012 global revenues stood at 1.2 billion euros (Rs 8,496 crore), of which around 63 percent came from its operations in France and the balance from its other locations across the world including India.