Rane Madras will invest Rs 8 crore through internal accruals and some debt on it, with the new facility slated to go on stream in March 2013. 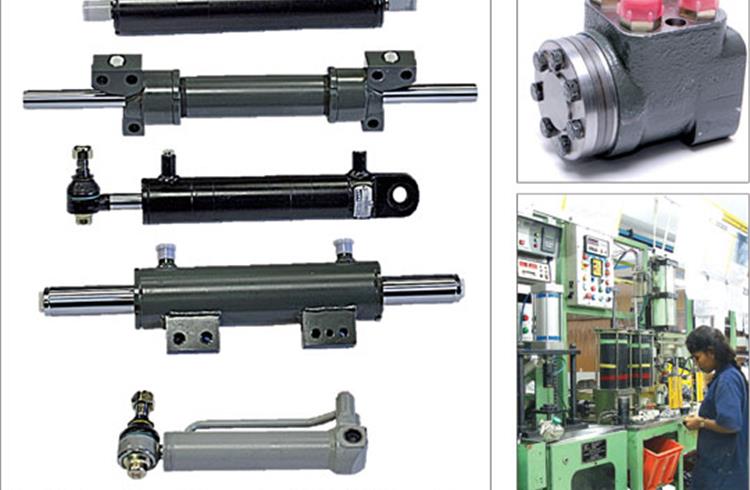 Fiscal 2011-12 saw the Rane Group grow between 18-19 percent. Starting the current year on a fairly positive note at 15 percent growth, it has drawn up a capital expenditure plan of Rs 240 crore with 70 percent earmarked for beefing up capacity and the balance for infrastructure, quality, R&D, testing and validation enhancements. But the slowdown in the industry has made it cautious.

The Group may review its capex plans in a year that is proving to be very challenging. In an exclusive interview with Autocar Professional on July 10 in Chennai, chairman L Ganesh says that he wants to push aftermarket exports as well as the products for the domestic aftermarket, going forward, and at the same time, manage costs.

The Rane Group is also in talks with other truck OEMs in India. In fact, the Volvo order for hydraulic steering supplementary cylinders includes supplies to both Volvo India as well as exports for China where it will be assembled. The product supplements the hydraulic power steering in large CVs and provides extra power to drive the increased number of tyres in the vehicle.

This is a new product for Rane Madras and with hydraulic sales expected to climb visibly over the next two to three years, the company is bullish on it. A new plant is being built to make hydraulic products at Mysore within the company’s premises.

Rane Madras will invest Rs 8 crore through internal accruals and some debt on it, with the new facility slated to go on stream in March 2013. While the manufacturing facility is expected to generate sales of around Rs 100 crore in three years, in this fiscal the hydraulics business is expected to clock over Rs 25 crore sales from both trucks and tractors. Major customers for its tractor-specific hydraulic products are TAFE and Mahindra & Mahindra, with M&M currently testing the product. The company already supplies steering gear to small tractor makers such as HMT and International Tractors. However, TAFE and M&M are its main customers, accounting for 24 percent of its total sales last fiscal.

Meanwhile, Rane Brake Linings (RBL), another group company, has added a new facility at Tiruchy to make asbestos-free brake linings last year for commercial vehicles. Rane Engine Valves Ltd (REVL) is also enhancing capacity with an additional building at Tiruchy to double capacity. While its building work has been completed, production lines will be added depending on the programme, since the slowdown has delayed installation of machines by close to six months.

At present, Rane Engine Valves has a production capacity of 38,000 valves per day at Tiruchy which will be doubled over the next three years for motorcycles and exports to Volkswagen. A separate line is also being set up at Tiruchy to meet the requirements of Honda Motorcycle & Scooter India at its new plant in Bangalore as also to cater to the export requirements of other clients.

On other fronts, the rising yen has hit Rane NSK Steering Systems hard as the import content in electric power steering is very high. “We are investing in localisation to mitigate the impact of yen fluctuations,” says Ganesh. The company completed its expansion last year for supplies to the Maruti Swift and Ertiga and has reached almost full capacity utilisation. Similarly, Rane TRW Steering Systems has adequate capacity to supply to Ashok Leyland from its Uttarakhand plant with adequate infrastructure to expand. The Tiruchy plant services the passenger car segment.

According to Ganesh, the Rane Group has a diversified growth which is its strength and allows it to service a wide gamut of vehicles ranging from two-wheelers to heavy commercial vehicles. Some companies are more focused on specific segments such as Rane NSK Steering that makes electric power steering for passenger cars.

As far as the aftermarket goes, the Group’s strategy is dictated by the product lifecycle and the frequency of repair and change which tilts the scales in favour of three product lines that are very aftermarket oriented – namely engine valves, brake linings and disc pads as well as steering products, with steering products mainly coming from Rane TRW Steering Systems and Rane Madras. Contributing about 15 percent in Rane Madras and rising upto 37 percent in Rane Brake Linings out of the total pie, the aftermarket is an important segment for these companies.

Similarly, the Rane Group’s export strategy revolves around three major products: aluminium die casting, steering and engine valves. Rane TRW Steering has achieved a major breakthrough in terms of power steering exports. It has been meeting with the requirements of Renault Europe for power steering in Romania. That has given the company a huge jump from almost zero to Rs 90 crore last fiscal in terms of power steering, says Ganesh. The Group’s export target is to reach 20 percent exports in the next three years from the existing 15 percent.

In aluminium castings, the Group has diversified its presence and beefed up its applications as a part of its de-risking exercise although the bulk of it is supplied to Rane TRW Steering for producing steering gear. These service the export needs of the Chrysler platform mainly Jeep, for a Ford utility vehicle (C1 platform) in North America, for the Renault Duster SUV in global markets and for Volkswagen. At present, due to the low local content in the Duster for India, the Rane Group is not supplying to the model in India but as the localisation level goes up, it is likely to supply hydraulic power steering and electric power steering for the smaller Renault cars.

Among Rane’s top clients is Maruti Suzuki that has moved upwards to number two position from number four in terms of importance in the last two to three years. This has been mainly because of Rane NSK Steering and Rane Madras which have stepped up their business with Maruti. Rane will supply steering products for many of Maruti’s future platforms and has become a strong No. 2 contender for mechanical steering gear for Maruti after the Sona Group. Meanwhile, the OEM share in Rane Madras has been diluted from 90 to 73 percent of its business. A couple of very bad years when the HCV industry slipped heightened the significance of diversification. Hence, two strategic decisions were taken – to increase its presence in passenger cars and in the aftermarket in steering products besides exports. That move has paid dividends.

However, this mix is not followed across the group as some companies are more OEM oriented with no aftermarket products. The Rane Group had sometime ago set up a small assembly facility for the Tata Nano at Sanand in Gujarat where it is currently nursing ambitious plans for backward integration and a bigger manufacturing facility as major automakers flock to the state. Ganesh says that Rane will start making components and do machining as volumes grow. Currently the Nano volumes are about 5,000 per month but the hunt for land near Vadodara and Ahmedabad, in Gujarat, has started with the Rane Group keen to buy 10 to 20 acres of land. Investments will flow in later. Ganesh also does not rule out the possibility of setting up a manufacturing facility overseas for some of its Tier 2 products like steering, engine valves or aluminium die casting. This would be driven by the need to be within close proximity to its customers if it makes economic sense.

On a de-risking drive

As part of its de-risking drive, the Rane Group recently acquired a 26 percent stake in Bangalore-based SasMos HET Technologies with an understanding of acquiring a majority in the long term.

SasMos makes wiring harnesses for the defence and aerospace sectors with 70 percent being exported and 30 percent headed to the domestic market. Plans are now underway to diversify the company’s product line further from wiring harnesses to control systems including electro-mechanical parts that control vehicle systems.

With a sales target of Rs 35 crore in this fiscal, the target is to clock revenues of Rs 150 crore in the next three to four years from SasMos with the potential of growing still higher.

Furthermore, the Rane Group is increasing its R&D spend. This expenditure has traditionally ranged between 0.5 to 0.7 percent of sales and now group companies are being asked to hike it to 1.5 percent.

With most research work till now focused on testing, validation of products and modification of design, the Group is now striving to improve its competencies in designing products like friction material or formulating a disc pad for a new car and then testing and validating it as well as offering a solution to the customer for it.

Customers of engine valves are increasingly expecting the component supplier to provide them performance parameters and this has triggered off academic tie-ups by the Rane Group with IIT-Madras and the National Chemical Laboratory. With its ambitious growth plans, the Rane Group is targeting a topline of Rs 5,000 crore by 2015. Thanks to its strong product line and diversified products, the Group is well placed to reach it as well as handle the industry downturn.