​Administering vaccine for the epidemic of road fatalities

​How are cars rated in Global NCAP's crash tests, and why does the safety watchdog test at a higher speed than the norm in India? And how can cars with safety features still be affordable? 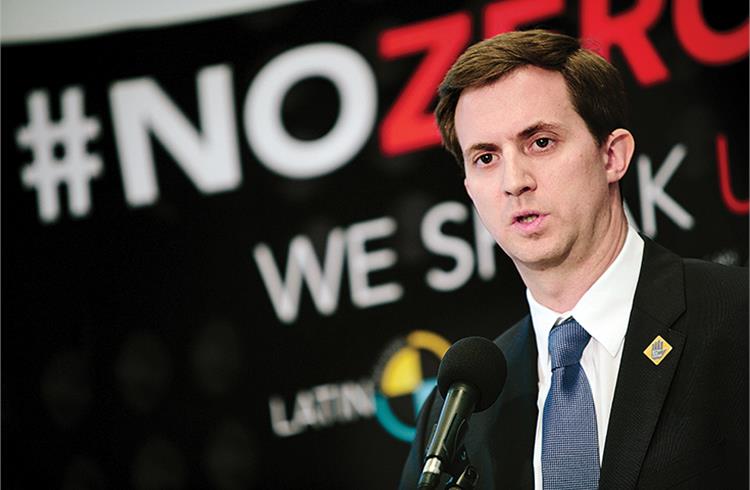 In an exclusive interaction with Autocar Professional, Alejandro Furas, technical director, Global NCAP, explains that the scores are based on the damages inflicted upon key body parts of the crash dummy during the crash and the stars indicate how well the car could protect its occupants from fatal injuries in the event of a crash.

Counting stars and settling scores
A full perfect dummy carries 16 points before the start of the test. So, after the tests, if the dummy comes out unscathed, then the car gets a full 16 points. However, points are deducted for each one of the deformities in the dummy. The scoring is the integrity of the body. It tells us how well our body is compared to the original state before the test.

Elaborating further, first the head of the driver and the passenger are considered and the lowest of the two are recorded. The process continues for the worst leg and the worst feet. This way, in a scenario where the driver remains all green, but the passenger is zero points, then the car gets zero points. Similarly, if the body parts below the neck add up to 12 points, but the head is severely distorted then the car gets lower stars. So, higher the points mean lesser the damage but if one of the critical body parts such as head, chest or neck is badly affected then that car gets a maximum of one result. If the leg is damaged and the chest is marginally damaged then you are 6 points out and the maximum points on that dummy would 10 points. 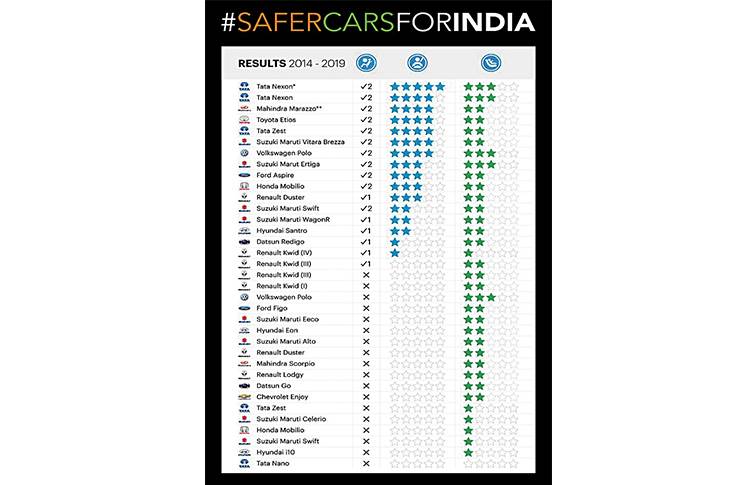 This explains the Redigo’s one star and high score and Santro’s low score but higher star rating.

Democratising safety
Global NCAP is asking the manufacturers to have the same safety standards in India as they have in Japan or in Canada. Even Indians deserve the same minimum protection that a guy driving in Germany or Sweden has. Alejandro sternly puts out that people should not be spending more on basic safety features and that everybody has the right to basic safety without paying a premium.

The government has to maintain the balance between meeting the needs of the customers and the demands of the industry. The NCAP is only creating a market for safety globally the way there is a market for speed, where people want to buy cars that go fast.

The result of this awareness is spreading rapidly everywhere. For instance, in Brazil, it is not mandatory for cars to have side impact protection and ESC but cars in the B-segment and above all have these features as standard. Industry has become aware that in the absence of these features, their rating in the Latin NCAP test results would be bad and cars with less than 3 stars are completely frowned upon. The largest democracy in the world has also been one of the fastest adopters of the latest safety standards due to the enforcement of strict safety norms. India has already approved the implementation of the pedestrian safety norms and the ABS for two-wheelers which are yet to be mandated in the US. Global NCAP comes to the aid of the government by being a catalyst in bringing down the road fatalities through the spread of awareness. 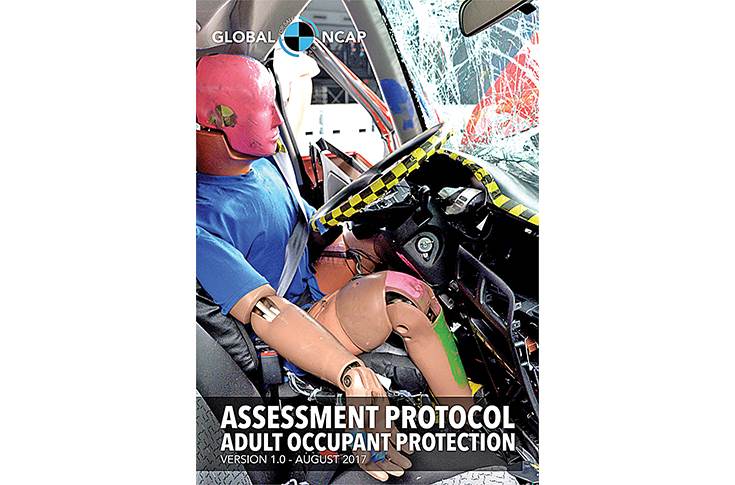 If the dummy comes out unscathed, the car gets a full 16 points. Points are deducted for each one of the deformities in the dummy

Alejandro has even revealed that the manufacturers of the cars are informed about the purchase of the cars and are invited to witness the crash tests at their facility. They hand over a copy of the test results after the tests and encourage discussion over the report and the improvements that could be done.

Tipping the scale for safety
Alejandro deciphers how the manufacturers could incorporate the new safety features without charging a bomb for it. A customer paying US$ 25,000 will not mind paying an additional $500, which would be a huge despising factor for a customer buying a $ 2,000 car. So manufacturers could develop a 5-star-rated small car and retail it at the same price, or a nominal price hike by transferring the extra cost to the higher model.

The economies of scale work in both ways here. According to Alejandro, if all the cars in the portfolio are developed at a fixed cost and if you are putting out more volume for the same amount of development, then you are able to reduce the price of the car at a much faster rate. The larger volume also allows the supplier to lower the component/system's price.

(This article was first featured in the November 15, 2019 issue of Autocar Professional)